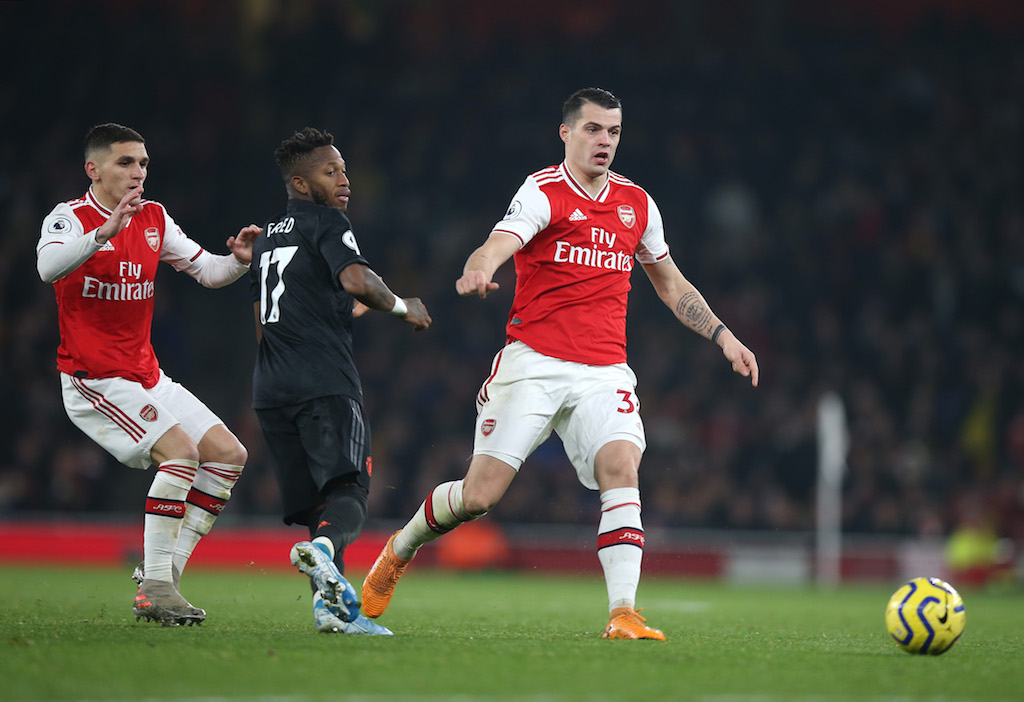 Could Lucas Torreira and Granit Xhaka return to first team action after training with Arsenal this week? Read our Premier League preview for more. CREDIT: OFFSIDE

Arsenal are back in action when they visit Southampton on Thursday evening, with Mikel Arteta’s side in desperate need of a win following a testing return to Premier League action.

Defeats to Manchester City and Brighton have left the Gunners floundering in mid-table and their hopes of qualifying for Europe in tatters, with the trip to St Mary’s a must-win clash.

Arteta will be without a number of key players though, including Bernd Leno who is set to miss the rest of the season after suffering a knee injury against the Seagulls on Saturday.

David Luiz will also miss out through suspension, while Pablo Mari – who made his loan move from Flamengo permanent on Wednesday – is out for the remainder of the campaign.

Arsenal’s teenage sensation Gabriel Martinelli will also miss Thursday’s game and is expected to be out for a number of months after suffering a minor cartilage injury in his left knee.

The Gunners will be hoping to have Lucas Torreira, Granit Xhaka and Sokratis available though after the trio returned to training earlier this week.

Cedric Soares could also be in line to make his Arsenal debut against his former club after agreeing a four-year permanent deal at the Emirates.

Southampton will have Shane Long available after a back injury, but Moussa Djenepo is still serving a suspension.

Despite a testing run of form, Arteta understands the size of the task he faces as head coach but is keen to get back to winning ways.

"I knew since I joined what I was jumping into. The past few seasons, what happened, I knew it wasn't a coincidence," he said.
"So I could've sat back and waited to see if the opportunity was still there in the summer, or I could use this time as well to start the process that I want and to start to see where the changes that have to be made are.
"We are here to win football games and that's my responsibility. I take it fully. But we are assessing a lot of things to make a very clear picture of what is going to take us to the next level, because right now is not enough."

Arteta’s side could be in for a tough test on the south coast, having won just twice on the road all season and with Ralph Hasenhuttl's men beating lowly Norwich City 3-0 on their return to action last week.

The Gunners also have a poor recent record against Southampton, losing three of their past five Premier League visits to St Mary’s – including Hasenhuttl's first victory as Saints manager in December 2018.

They will also have to be wary of Danny Ings, with the striker having scored three goals in his last two league appearances against Arsenal.

Pierre-Emerick Aubameyang will be hoping to find the net too and take his Premier League total to 50 goals in just 78 games. If he does so, he will be the sixth-fastest player to reach that tally.

But if he doesn't score, he would go four league games without a goal for the first time since November 2014.