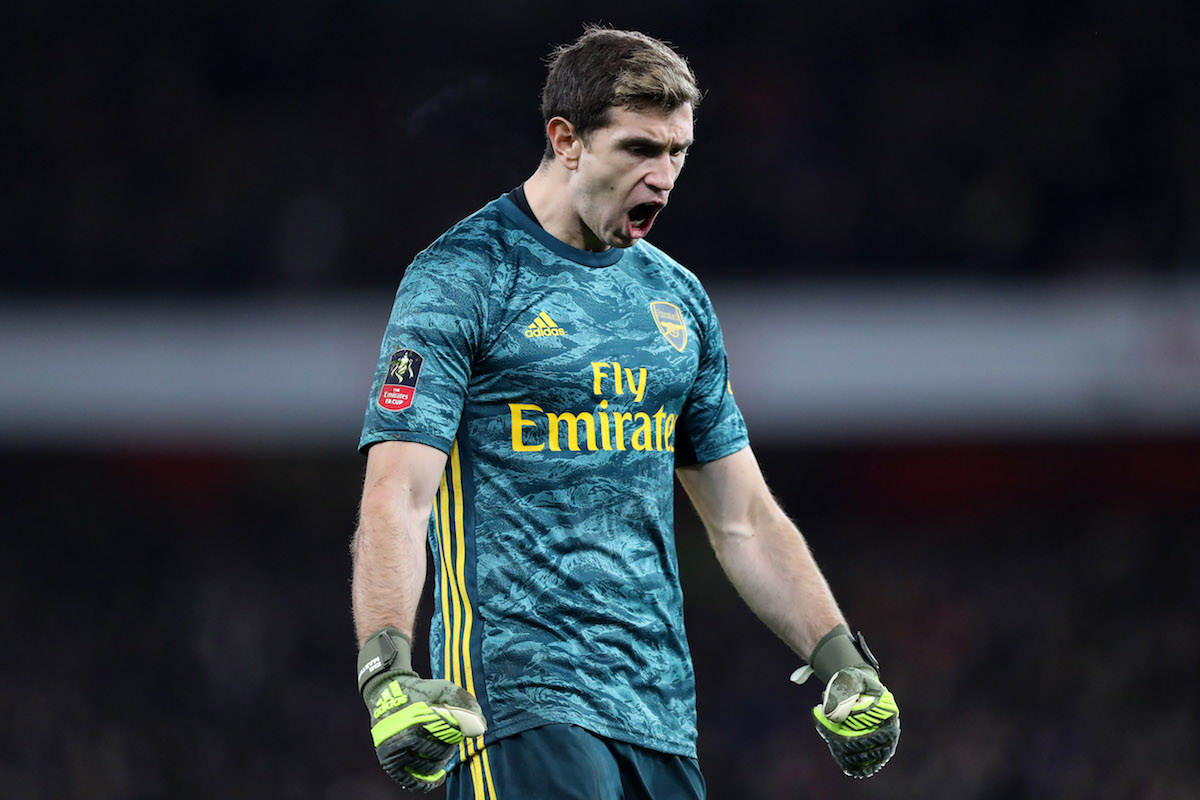 Martinez – Rare opportunity for a run in the first team. Photo: Offside

Dropping Like Flies
Mari – out. Leno – out. Gabriel Martinelli joined his colleagues on the treatment table – apparently for months according to Mikel Arteta thanks to a training ground accident, but hey, Granit Xhaka is apparently recovered from his knock in the opening minutes at the Etihad. And in fairness, the head coach had not utilized the young Brazilian forward in the opening two matches, so he evidently isn’t that highly rated by the man making the decisions. This comes as a bit of a surprise given some of his excellent performances since Arteta came to the club, but who knows what goes on in training. Whatever it is, we won't be seeing the Martinelli again until some way into next season.

New target
I think it’s fair to say that Champions League qualification is out of the question after the defeat at Brighton, but Europa League will at least ease the financial pressures the club will inevitably face next season. With Manchester City’s ban, eighth place looks likely to be enough to qualify, and Arsenal currently sit four points behind Sheffield United with a game in hand. So it isn’t out of the question, although they probably need to win their next two games, given how tough the fixture list gets after the visit of Norwich

Questions about the club
The decision to retain David Luiz for a further year has certainly raised eyebrows. Given Kia Joorabchian is Edu’s agent, as well as David Luiz’s, there have been questions as to whether this move is in the best interests of the club or the agent. Another of his clients is the crocked Cedric Soares, who has been given a four year deal. Arteta publicly stated he wished to retain Luiz and was presumably consulted about Soares. But when you consider that Gary Cahill moved from Chelsea on a free transfer last summer, and the wages he is probably on at Palace, you have to wonder about the wisdom, or indeed the reasons, behind some of the club’s transfer activity. It’s a cloud hanging over the club, and this evening, they will be a centre-back short in the squad due to Luiz’s tendency to prove a liability saw him receive a 2 match ban for the red card v Manchester City. Then again, would you want him in the staring eleven?

Attack needs to fire
Given the number of chances created against Brighton, there is reason for optimism that Arsenal can turn things around after the return from lockdown. Manchester City away was always going to be a struggle, and there is a case for the match at the Amex on Saturday being a bit of a freak result on the balance of play. But the currency of football (aside from the £s being paid to Kia Joorabchian) is goals. The four attacking players that started at the Etihad were Willock, Aubameyang, Nketiah and Saka. Last weekend it was Saka, Aubameyang, Lacazette and Pepe. Reiss Nelson has yet to get a start, and there is of course always the Mesut Ozil option. I think the only nailed on starter for the four positions is Aubameyang, but given the defensive problems, whoever plays will need to be more clinical in front of goal than the team have generally managed all season. 41 goals from 30 games isn’t good enough.

Finally, a chance for Emiliano Martinez
Bernd Leno’s injury gives Emiliano Martinez a chance for a run in the first team he has never experienced before. He did ok after coming on against Brighton, and it would be churlish to be critical of him for the two goals that were conceded. He’s been on the club’s books for so long he – in theory – could qualify for a testimonial at the end of next season. Mind you, that also applied to Theo Walcott, so I think it’s fair to say such games are becoming a thing of the past. Martinez though, is a youngster in terms of keeper age – not even 30 yet. So who knows? If he really impresses, the club might see it as an opportunity to cash in and sell him after the season, safe in the knowledge that Bernd Leno will be returning. Anyway, he finally gets the opportunity to show how good he really is – let’s hope he can take it.

Conclusion
In the one match Southampton have played since the restart, they walloped Norwich City at Carrow Road, 3-0. It took them to 37 points, giving them a comfortable buffer between themselves and the relegation zone, and within three points of Arsenal. The visitors need the win more than Southampton given the respective ambitions of the club, but I just cannot help but get a bad vibe about this one – and that it is a 6pm kick off means we can’t go to bed too soon afterwards and pretend it was all a bad dream. Much as the Gunners desperately need three points from this fixture, they often struggle at St Marys for some reason, and I don’t see it being any different this evening. At best, a draw. Sorry folks.