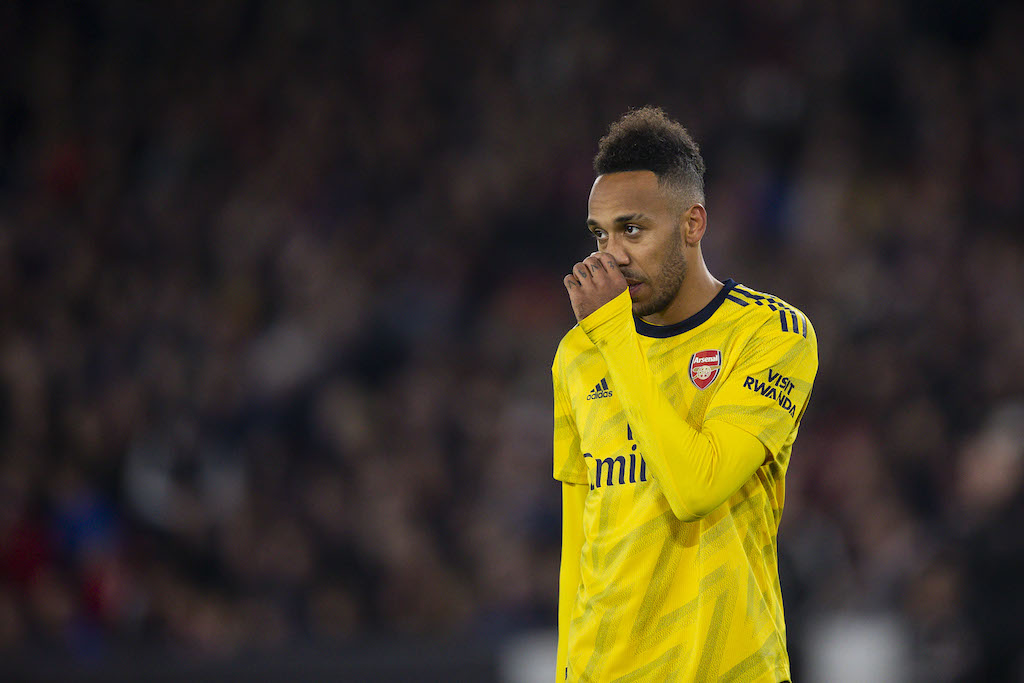 Can Pierre-Emerick Aubameyang fire Arsenal into the last four of the FA Cup? CREDIT: OFFSIDE

The young striker continues to impress with his energetic performances and eye for goal, with his strike against Southampton only serving to boost his confidence.

Nketiah will be hoping to keep Alexandre Lacazette out of the team once again and fire the Gunners into the last four.

The energy of the 21-year-old could be key for Arsenal in what is expected to be a high-intensity affair at Bramall Lane.

Arsenal’s captain was desperate for a goal against Southampton to end his drought, but he put that aside in an unselfish performance to help his team.

Aubameyang will be keen to find the net on Sunday, but the Gunners will need him to work hard if they want to come away from the Steel City with a win.

Despite the swirling rumours around his future, the 31-year-old seems determined to help his side finish the season strongly.

The young midfielder came on as a substitute against Southampton and popped up with the all-important second goal.

That cameo and his energetic style could see Willock start at Bramall Lane, and he will need to drive Arsenal forward with his direct play.

It’s been an up and down season for the Hale End graduate, but he will want to finish the season strongly and stake his claim in Arteta’s side.