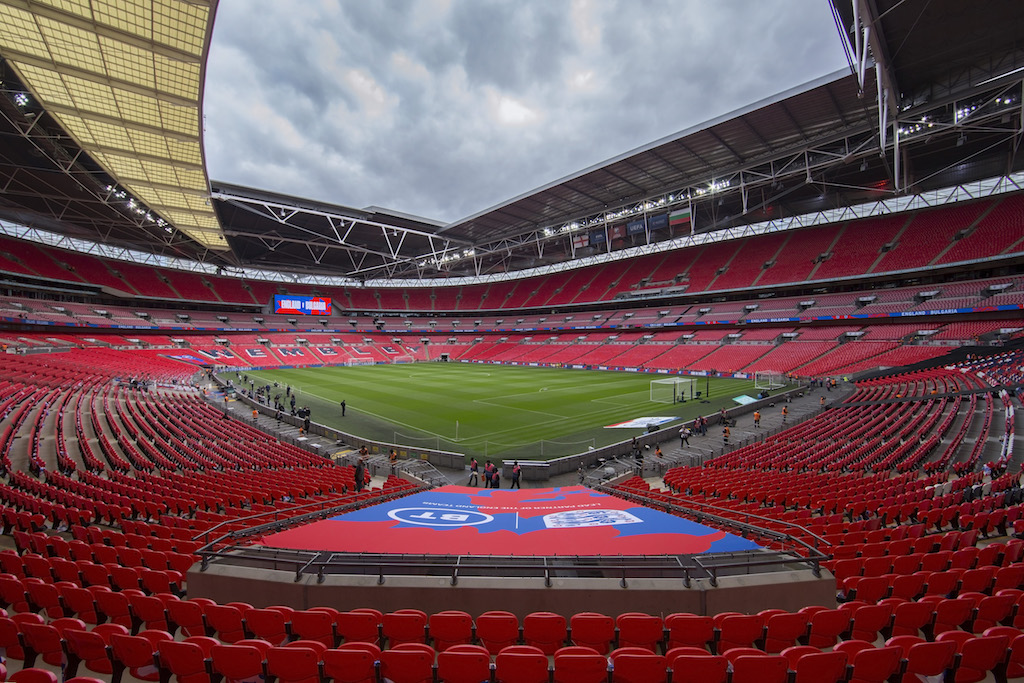 Find out who Arsenal will face at Wembley in the semi-final of the FA Cup after Mikel Arteta's Gunners beat Sheffield United 2-1 in a dramatic quarter-final at Bramall Lane on Sunday lunchtime. PICTURE: Wembley Stadium. CREDIT: OFFSIDE

The semi-final draw of the FA Cup has been made.

With safety restrictions in place to prevent the spread of coronavirus, former Newcastle and England captain Alan Shearer drew all four teams out of the hat on his own, under the guidance of host Gary Lineker.

Arsenal won through to their 30th FA Cup semi-final in their long and illustrious history after a late Dani Ceballos winner saw Mikel Arteta's side through after a dramatic quarter-final clash at Bramall Lane.

A first half Nicolas Pepe penalty put the visitors ahead in south Yorkshire before David McGoldrick equalised with only four minutes remaining.

With the clash set to go to an extra 30 minutes Real Madrid loanee Ceballos popped up with the winner to send the Gunners to a date in the last four at Wembley.

The Emirates FA Cup semi-finals are due to take place over the weekend of 18 July and 19 July, with The Heads Up FA Cup Final scheduled for Saturday 1 August.

All three matches will be played at Wembley Stadium.

Arsenal were drawn against Newcastle or Manchester City