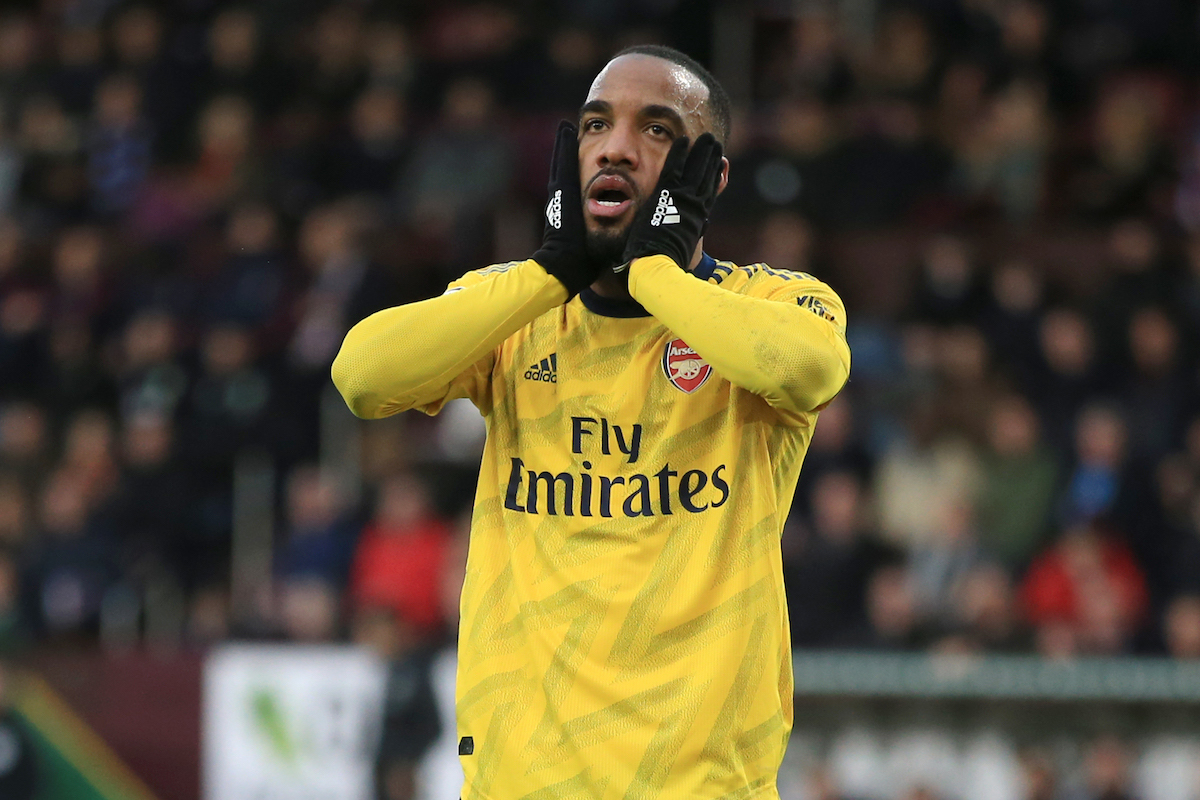 Can Alexandre Lacazette find the net once again? CREDIT: OFFSIDE

After winning the club’s player of the season award last season, 2019/20 been a disappointing campaign for Lacazette.

But, his goal against Wolves – a first away strike since February 2019 – should give him the confidence to finish the season strongly.

The Frenchman is involved in an ongoing battle with Eddie Nketiah to lead the line and he needs to keep finding the net to earn his place.

A goal or two against Leicester to boost Arsenal’s European hopes would go a long way towards that.

While Lacazette’s form has been poor when compared to last season, Aubameyang has continued to show why he’s among the world’s best strikers.

On course to beat his tally of 22 Premier League goals from 2018/19, the Gunners skipper will be determined to find the net to secure not just a vital win for his team, but to keep himself in the golden boot race.

With Leicester’s Jamie Vardy leading the charts on 21 goals, Aubameyang’s 19 strikes leaves him just behind but very much in contention.

The 31-year-old found himself stuck out wide helping the defence against Wolves and while he will need to do that again he’ll be keen to get into more central areas on Tuesday.

Although the youngster isn’t expected to start against Leicester, his impact off the bench could be crucial for the Gunners.

After coming on in the last three Premier League games, Willock has a goal and an assist to his name, with his energetic play proving important late on in games.

The 20-year-old still has plenty of room to improve but he must keep impressing and making an impact when he gets the chance.