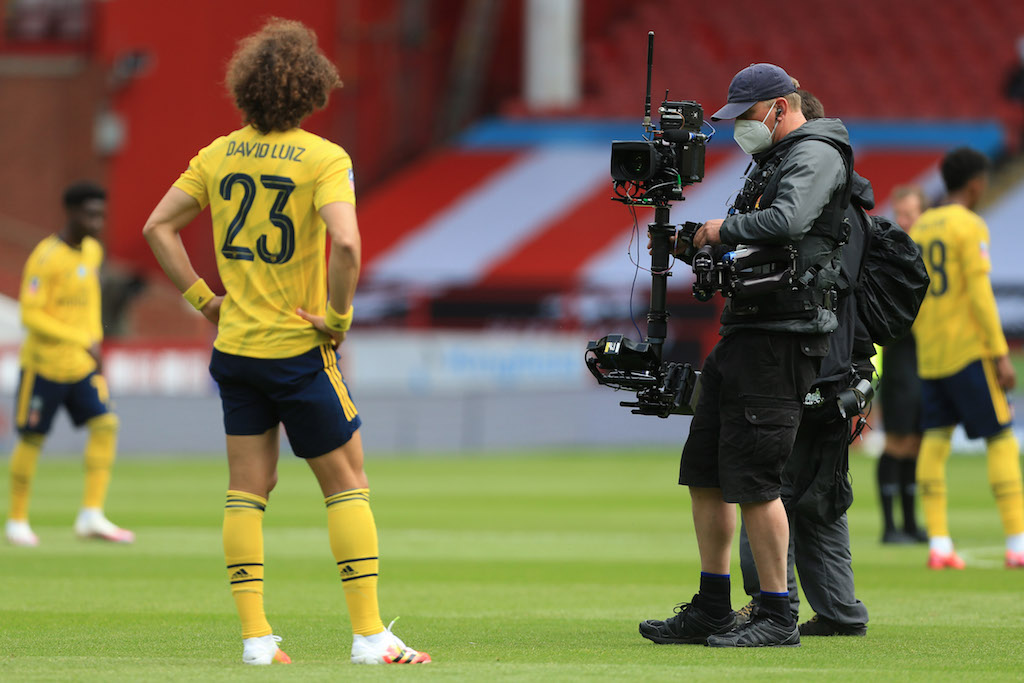 David Luiz has been praised by Arsenal boss Mikel Arteta this week ahead of the trip to Aston Villa on Tuesday. CREDIT: OFFSIDE

Ahead of the clash against Aston Villa on Tuesday evening the highly-regarded Arteta praised the pair who have had searing highs and crushing lows in a season they won't forget.

Read the transcript of what Arteta said about the duo during his pre-Villa press conference on Monday.

They are two players that are worth spending time with and giving confidence, because I know how professional they are, how much they want to be successful at this football club and how much they care. Sometimes when they react or they have difficulties, they really suffer and when that happens, they deserve support and back up. They are showing from their performances that they deserve to be here and you can see how they fight for the club.

on how open Granit Xhaka was to adapting his game…

The challenge with Granit was to convince him that there was still a place for him here, that I had big belief in him and that things can turn around pretty quickly in this industry. He had to send the right messages, first of all he had to believe that he could do it and if that was the case we were going to support him all the way through. I am really glad to hear and sense as well the reaction from the fans towards him. I think they can appreciate what he has done, that's in the past and there's a lot of positives to take from difficult situations. We all learn from that and I think he is a really good example for any player that is in a difficult moment... If you are willing and if you are consistent and you really want to do it there is always a way back.

on how far can Arsenal can go if the players stick together and buy into Arteta's ethos...

All credit goes to the players for the way they've been performing and the way they've been believing in what we are trying to do. Obviously this is a marathon, this is a long-term thing that has to be played and you have to do it consistently for 10 months. It's not good enough to just do it for a week so we haven't done anything, just won two games that give us a big plus in the league and the sense that if we are all doing our best we can beat any team but now we have to be consistent and do it every three days.

Gooner editor Layth will be covering the match from the Villa Park press box for VAVEL UK.