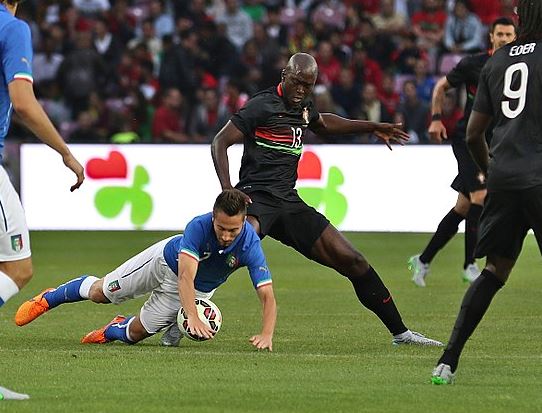 Danilo Pereira has been talking up a move to Arsenal. CREDIT: CLEMENT BUCCO-LECHAT/WIKIMEDIA COMMONS

The 28-year-old has been the lynchpin of Porto's midfield since joining from Maritimo in 2015, but following speculation over a move to England he has been talking up Arteta's side.

"I think he is doing a really, really, good job there," Pereira told Stats Perform News.

"He is a really good coach who started as the second coach at City, so he has a little experience and Arsenal play very good football and I think he is doing very well there.

"He is a Spanish coach, he is a bit similar to Portuguese coaches, they also want to play with the ball and improve with the ball, so I think he is a good coach.”

"The style I think I can fit there, the way he plays also thinking on the ball, the team always has to be together I think it is a good way to play.

"Of course I like to be here in Porto to be here in my country, but I want to be in a better league like the Premier League. I always dreamed about playing in that league.

"I played also in Serie A but I think the Premier League is a huge league and one day I want to play there, to improve to be a better player. I think it's the best league in the world."

Pereira has made nearly 200 appearances in his five years with the Dragões, winning two Primeira Liga titles and the club's player of the season award in 2016.

The Guinea-Bissau-born star and also played 37 times for Portugal and was part of the squad that won Euro 2016.

Former Liverpool and Everton man Abel Xavier has likened Pereira to Arsenal legend Patrick Vieira, a comparison that the Porto man is grateful for, describing the Frenchman as his 'idol'.

"It is an honour to be compared to this kind of legend," he said.

"I also have to thank Abel Xavier for these words, sometimes I don't like to be compared to another football player but to me it is an honour to see Abel Xavier talking about me in that way.

"I grew up seeing Patrick Vieira playing in Arsenal, he is one of my idols so it is very good to hear that."