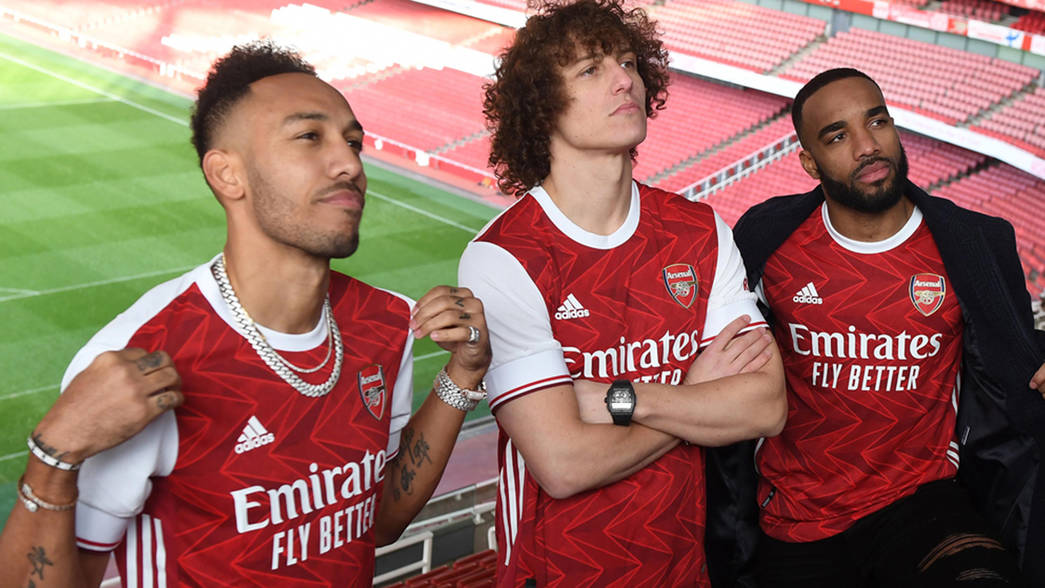 Having designed some of the club's finest shirts from 1986 to 1994, Adidas already had a strong back catalogue of work to take inspiration from.

That was clear in this season's kits, but they have gone even further back in time to honour club traditions for the upcoming season.

"Paying homage to Arsenal’s geometric crest which the club used from 1936–1949, the chevron graphic on the home jersey is inspired by the ‘A’ within," said a spokesperson from the German sportswear giant.

"It is also a nod to the layout of the tiling on the floors of the East Stand’s famous marble halls – the historical home of Arsenal before its 2006 move to the Emirates Stadium."

The honouring of those traditions and harking back to classic designs is a smart move by Adidas to get supporters on side with their latest design, but it wouldn't take much after years of putting up with Puma's truly awful kits.

You would think getting a red and white Arsenal home kit right would be an easy job, but not for Puma who consistently churned out poor designs with needless flourishes for five years.

As for the away and third kits, the nonsense Biscay green third kit of 2018/19 and the dark blue and purple away shirt of the same season are among the worst in the club's history, while someone should have told them that Arsenal away kits are yellow and blue, not yellow and grey as in 2016/17.

Thankfully the Gunners are now free from Puma's shackles and it appears it came at just the right time, with the sportswear brand having reportedly come up with a paisley shirt for Manchester City next season.

There's plenty of optimism surrounding Mikel Arteta's revolution and if he can bring success to Arsenal they are certainly going to look good doing it with Adidas in their corner.

That could start sooner rather than later with the Gunners set to wear the kit against Chelsea in the FA Cup final next month.