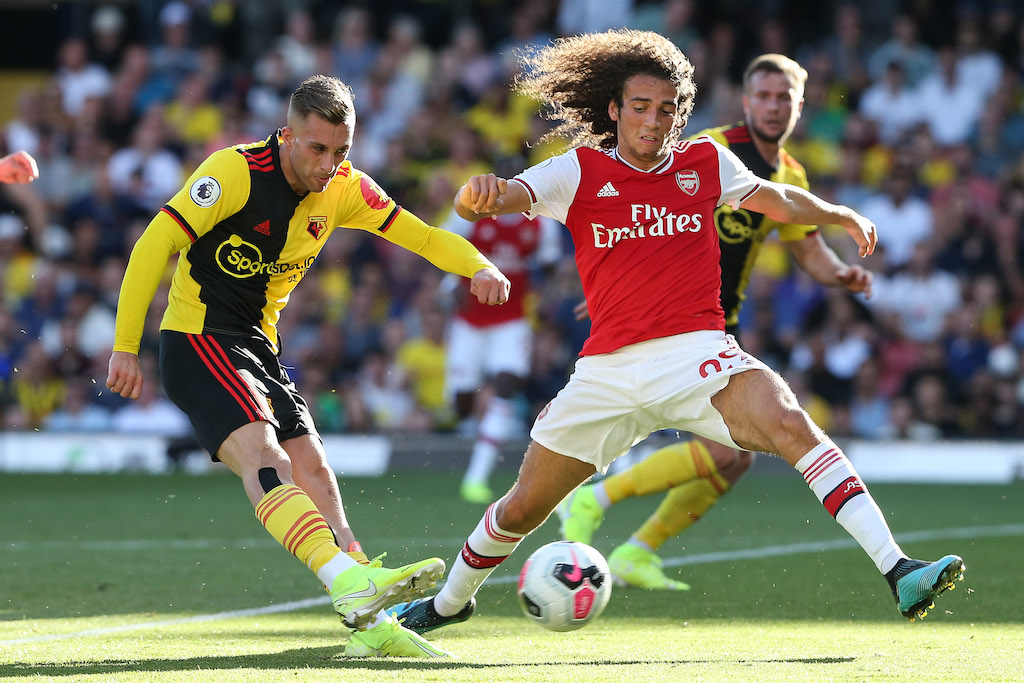 Gerard Deulofeu, pictured during the 2-2 draw against Arsenal at Vicarage Road last September is one of the quartet of players that could improve Mikel Arteta's squad that won't break the bank. CREDIT: OFFSIDE

Despite two excellent results against Premier League champions Liverpool and the stirring triumph against Pep Guardiola’s Manchester City at Wembley to win through the FA Cup final, the 1-0 defeat at Villa Park on Tuesday once again underlined the rebuilding work Arteta needs to undertake this summer.

However, with cash tight at the Emirates through a failure to once again qualify for the riches of the Champions League, not to mention of lack of vital matchday revenue, Arsenalog takes a look at a talented quarter that could bolster Arteta’s squad this summer – and not break the bank.

Gerard Deulofeu: Watford are on the verge of being relegated as the Hornets find themselves in the relegation zone with their future hanging on the match against Arsenal at the Emirates on Sunday. If they do get relegated, there would be many players who might be looking for a move away and Deulofeu could well be one of them.

The former Barcelona man has 24 goal contributions in the last two seasons and is also renowned for his versatility. The 26-year-old, primarily being a left-winger, can play in any position across the attacking front and provide the Gunners with a worthy option off the bench while also strengthening the squad.

Abdoulaye Doucoure: The underrated Frenchman can also be one of those who would want a move if Watford were to be relegated. Arsenal could do well with Doucoure amongst their ranks, especially with the issues surrounding Matteo Guendouzi, while Lucas Torreira, Ainsley Maitland-Niles and Dani Ceballos have uncertainty hanging over their futures at the club.

Doucoure is a dynamic midfielder who could contribute defensively as well as offensively which is showcased by his 17 goal contributions in the last two seasons.

Emiliano Buendia: Buendia is an intriguing prospect. He's a player who has shone in an otherwise miserable season for Norwich City.

The Argentine has the 7th most shot-creating actions (SCA) in the Premier League with 4.93 SCA per 90 minutes - which is more than the likes of Mason Mount, Bernado Silva and Dele Alli.

Buendia, perhaps is not the most appealing signing Arsenal supporters would want to see this summer, however, considering Arsenal’s summer transfer budget is likely to be low – further reduced if they lose the FA Cup final and fail to make it into the Europa League - Buendia can prove to be a smart signing.

Marc Roca: The 23-year-old has been making the headlines ever since Espanyol’s relegation as he’s been seen as someone who could make it to the top if given a chance, and you can’t blame his admirers.

The Spaniard is regarded as a player in the Granit Xhaka mould, which can put off many, however, if Arsenal really want to compete in multiple competitions then having a quality squad with depth is essential for them.

Roca can be a credible backup to Xhaka and can also prove to be an adequate heir to the Swiss international’s throne in the near future.