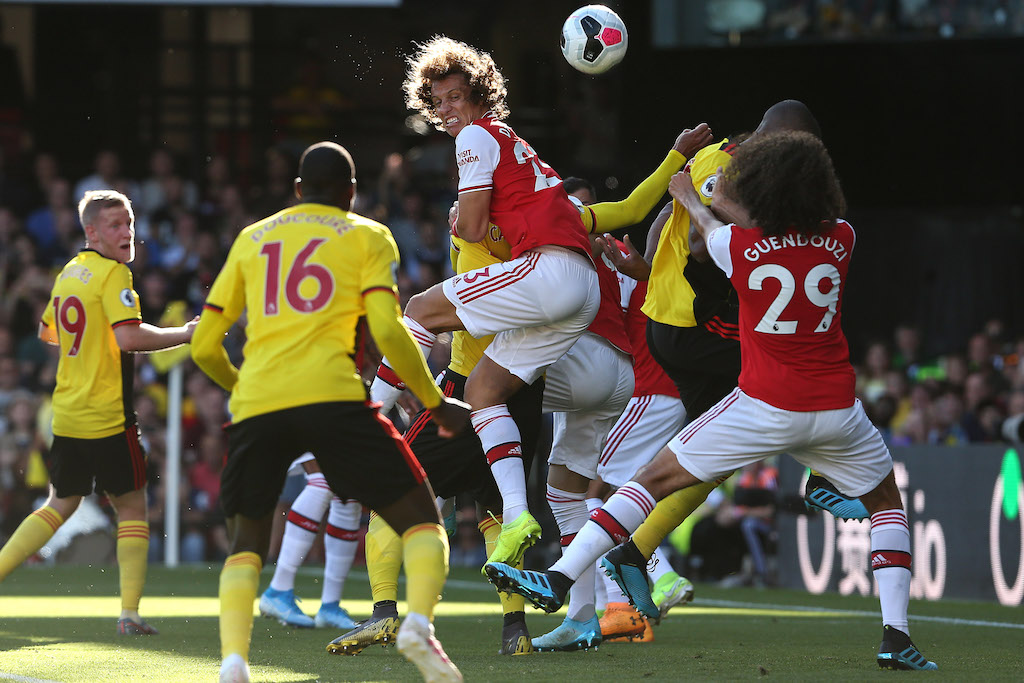 Arsenal's attitude against Watford has to be right, not only to avoid a similarly poor performance against the Hornets like the 2-2 draw at Vicarage Road back in September, but also to boost confidence before the FA Cup final. CREDIT: OFFSIDE

Arsenal's attitude against Watford at the Emirates  this weekend could be a big indicator of how Mikel Arteta's side perform against Chelsea in the FA Cup final.

While the Gunners might not realistically have anything to play for on Sunday - eighth is our best hope if we win - we will have a huge say on who goes down and who survives, depending on our result against the Hornets on what could be a dramatic afternoon.

However, under Arteta, the Gunners will not just treat our final league match of the season along the lines of a tepid end of season knockabout – which is great to see.

Arteta has made it very clear in his pre-match press conference that we need momentum and therefore we need to get the best result possible against Watford ahead of the cup final against Chelsea a week on Saturday in the showpiece final at Wembley.

Momentum and self-belief are such a big thing to have as football players and collectively as a football club.

If we go into that Chelsea game having not picked up no points against two relegation candidates in Aston Villa and Watford then our self-belief and confidence will most certainly be knocked, which is something we cannot afford before such a huge game in our season.

Yet, if Arsenal manage to beat Watford convincingly and put in the sort of performance, we saw at the Emirates Stadium against Norwich City then that will give us the must needed psychological boost.

The blueprint to tackle for Watford effectively that Arteta needs to look at is how we performed in our ruthless performance when the Canaries visited us earlier this month.

There is no questioning the fact that Watford are a mess at the moment, Ben Foster was interviewed on Sky Sports last week and he said that he did not really understand what is going on at the club.

As bad as Watford have been in recent times, there is one man who always does turn up for this occasion whether it is at the Emirates or Vicarage Road – Troy Deeney.

Watford will be fighting for their lives and the Hornets talisman would love to put one on the Gunners and I am sure that the Watford social media team will bring back that clip of Troy saying “Arsenal lack Cojones” if Watford do manage to survive by getting a result against the north London giants (as long as all the other results bode well for them).

Earlier on in the season, under Unai Emery, Arsenal drew 2-2 with Watford at Vicarage Road. That game marked the dawning realisation for most Arsenal supporters that the Spaniard could not take Arsenal much further forward as a club through his muddled and ineffective tactics - and that dreadful second half performance was where a lot of Gooners turned against Emery as a result.

It is difficult to know whether the Aston Villa game was a genuine pointer in terms of how we will perform against another relegation contender in Watford. However, the game at Villa Park was played three days after the FA Cup semi final against Manchester City and Arteta’s side will have had five full days to prepare against the rudderless Hornets - although, then again it is the inconsistency that worries me, and momentum is a must going into this season defining game against Chelsea.

The pressure is on, once again, and we don’t make it easy for ourselves. The game at Wembley is a one-off game where anything can happen but having no momentum or self-belief will certainly not be the ideal scenario.