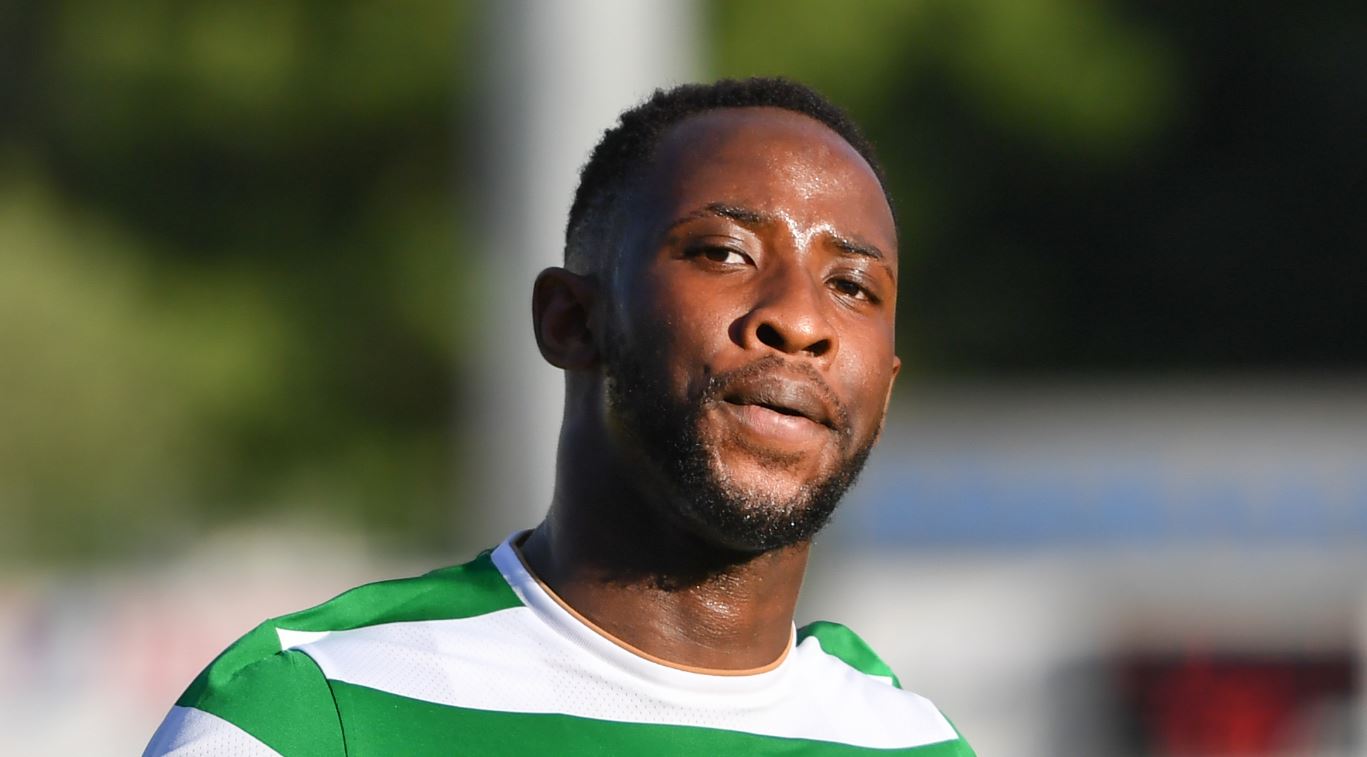 Could Moussa Dembele be coming to the Emirates? CREDIT: AILURA/WIKIMEDIA COMMONS

With Pierre-Emerick Aubameyang's future still uncertain, Arsenal are planning for life without their captain and have reportedly identified Wolves star Raul Jimenez as his replacement.

According to French outlet Le10 Sport, the Gunners would move for the Mexican forward if Aubameyang - who has a year left on his current deal - was to go this summer.

Jimenez has netted 26 goals in all competitions this season, spearheading Wolves' push for a European place, but a reported fee of £90 million could see Arsenal priced out of a deal.

Wolves have previously fended off interest in the 29-year-old from Manchester United while the striker has acknowledged links to Real Madrid in the past.

Jimenez is not the only man lined up to replace Aubameyang if the Daily Star are to be believed, with Lyon duo Moussa Dembele and Memphis Depay also on their radar.

Dembele has been prolific since joining the French giants from Celtic in 2018, netting 45 goals in his two seasons at the club.

Depay has had a career revival with Les Gones after a poor spell at Manchester United, netting 53 goals and assisting 43 since in all competitions since January 2017.

Although no price is quoted in the Star's report, the pair wouldn't come cheap with Dembele valued at £36 million and Depay at just over £39 million by Transfermarkt.com.

Reports in Portugal suggest that Arsenal have stepped up their chase to sign Sporting Lisbon starlet Joelson Fernandes, dubbed the 'next Cristiano Ronaldo'.

The 17-year-old has drawn interest from Europe's top clubs, with the Gunners having submitted a £13.6 million according to Portuguese outlet TVI 24.

Fernandes has a £40 million release clause in his contract, but with Sporting seemingly in a standoff with the player over a new deal, Arsenal hope to steal a march and secure his signature.

Arsenal back in for Sarr

After reports earlier in the week that Arsenal's move for Malang Sarr looked dead in the water, it now appears that the deal could be back on.

It was believed that the Gunners had been trumped by unnamed Serie A and Bundesliga clubs in their chase to sign the free agent, but Mikel Arteta's side are now back in the race according to Gianluca Di Marzio.

The former Nice man has attracted interest from Torino, - who are pushing to get a deal done - Atalanta and Fiorentina, but Arsenal still have hopes of signing the 21-year-old.

Sarr's stock has been on the rise for a number of years after making his Nice debut aged just 17, playing more than 100 Ligue 1 games for the club.

Arsenal are keen to extend the loan deal of Dani Ceballos from Real Madrid for another season, but reports suggest they could face competition for his signature.

According to the Express, Pep Guardiola is desperate to bring the midfielder to Manchester City and could try to sign the 23-year-old this summer.

A string of impressive display since the Premier League's restart has convinced Arteta to try and keep hold of Ceballos for another year, with Spanish outlet Diario Madridista reporting that the former Real Betis man is keen to stay in London.