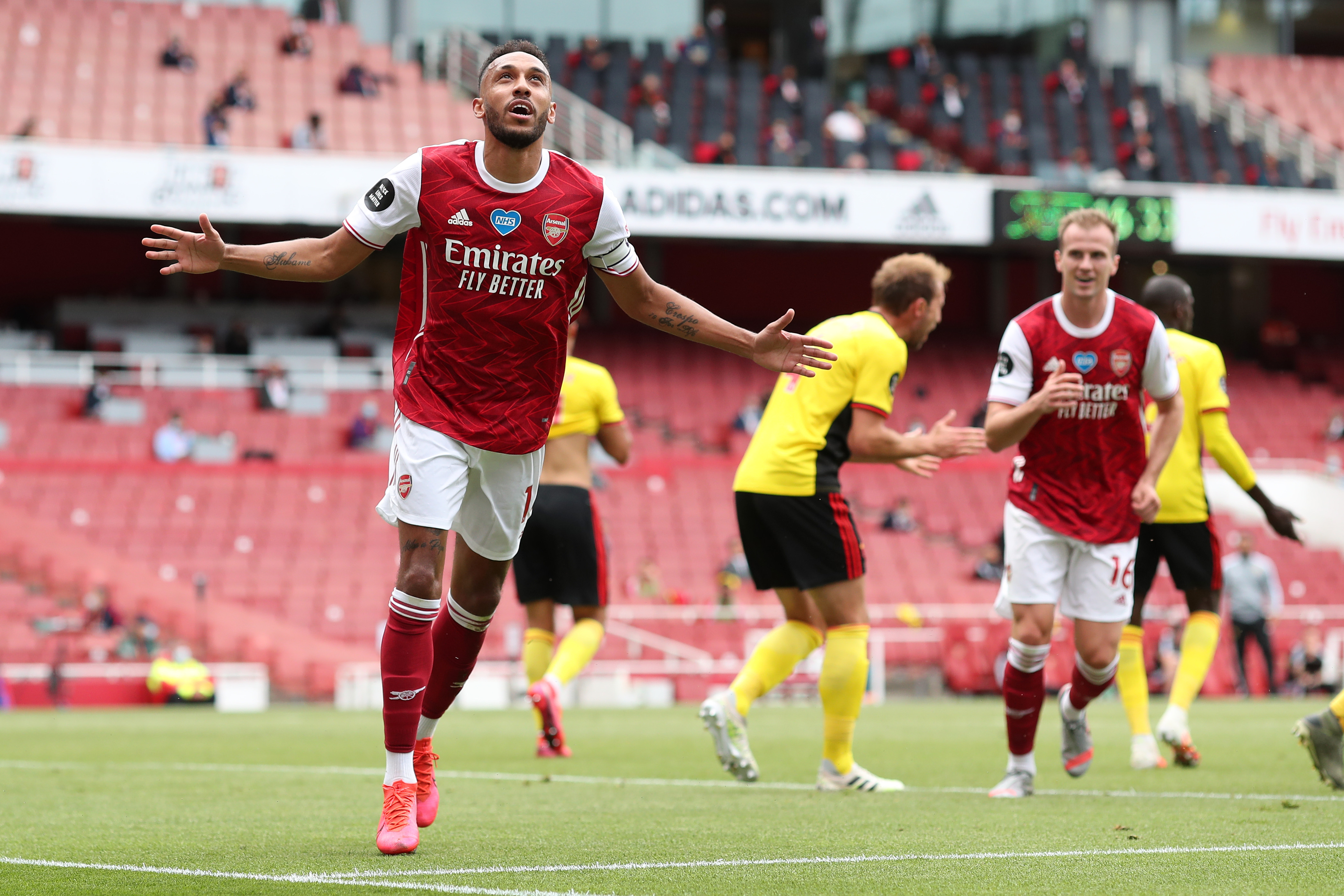 Emiliano Martinez - 8 - While those in front of him let him down, the Argentine stepped up and made a string of vital saves as he continues to impress between the sticks for Arsenal.

David Luiz - 3 - The Brazilian reverted to his old ways at the Emirates, giving away a Premier League record fifth penalty of the season and switching off to allow Danny Welbeck to score. If he performs like that in the FA Cup final Arsenal have no chance.

Rob Holding - 3 - Not the pre-final confidence booster he would have wanted and struggled just as much as Luiz, with the pair clearly lacking any sort of chemistry and understanding.

Kieran Tierney - 8 - A first Arsenal goal and an assist marks a good afternoon's work for the Scot, who also did his defensive work well.

Dani Ceballos - 5 - Battled well in midfield but was overran at times in what could have been his final game at the Emirates.

Joe Willock - 3 - Failed to impact the game and did his cup final chances no good whatsoever.

Nicolas Pepe - 5.5 - Looked menacing and showed glimpses of quality, but needs to do more in the final third.

Pierre-Emerick Aubameyang - 8.5 - Although his two goals weren't enough to secure the golden boot, he helped Arsenal over the line and worked hard for the team.

Alexandre Lacazette - 6 - Won the penalty but had a quiet game otherwise. Worked hard for the team up top.

Eddie Nketiah - 3 - Should have gone himself when he got the opportunity to score, which was the lowlight of a poor display.

Sead Kolasinac - 3 - Is currently having to be coached through games by Mikel Arteta who gives him constant instructions. He is only a liability for Arsenal at the moment and surely he will be jettisoned this summer?

Lucas Torreira - 4 - Struggled to contain Watford's midfield after coming on.