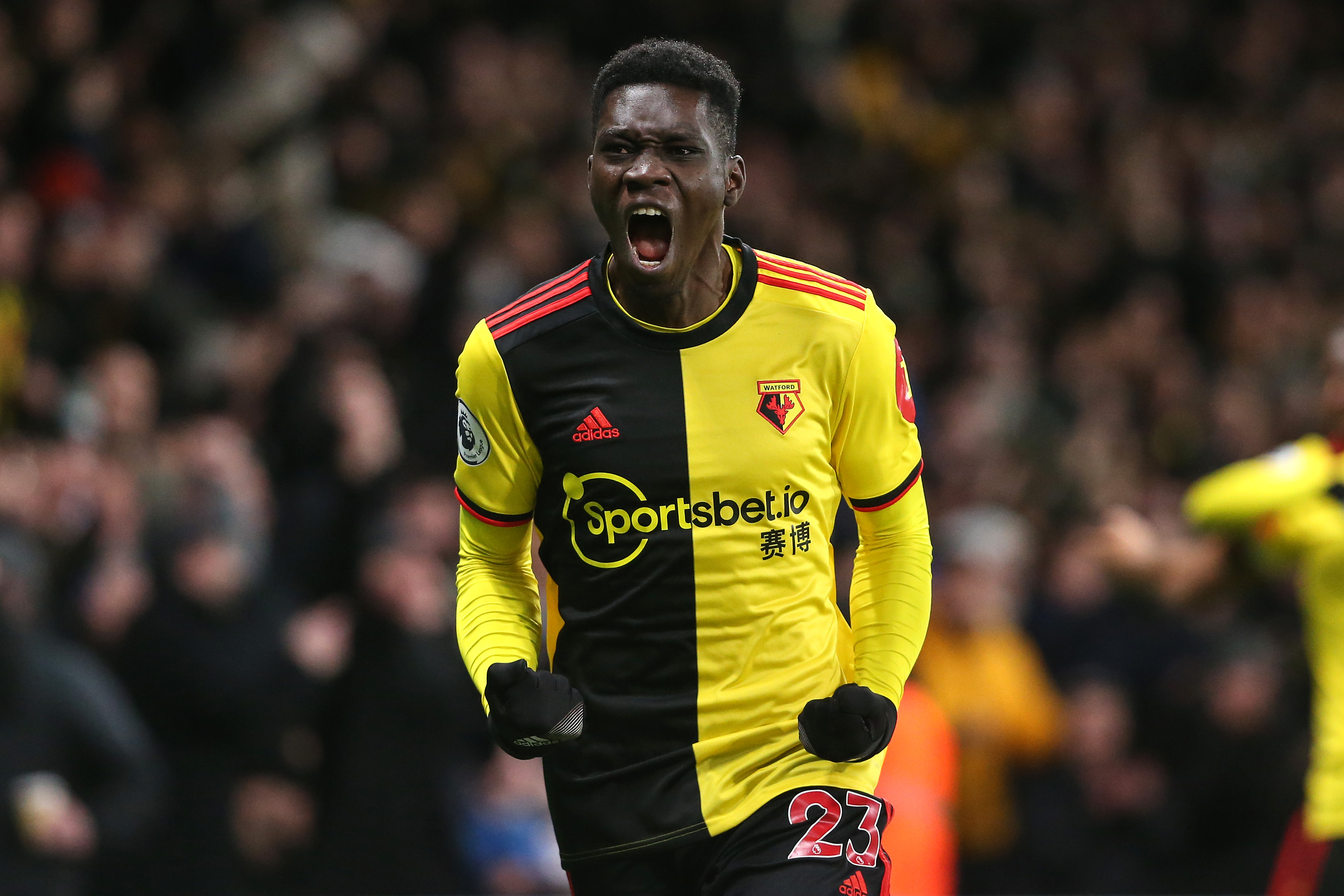 The Hornets pulled off somewhat of a coup to sign the highly-rated 22-year-old last summer in a club-record £27 million deal from Rennes, and while it took him time to adapt to the Premier League he has shown glimpses of his quality.

Sarr's standout moment came in February when he destroyed Liverpool's hopes of an unbeaten season, scoring twice and assisting another as his scintillating performance guided the hosts to a 3-0 win.

He couldn't help Watford secure Premier League survival though as the Hertfordshire side lost seven of their last 10 games to drop into the Championship.

Sarr though, is clearly too good to be playing in England's second-tier and should move elsewhere this summer, but could Arsenal be his destination?

The Gunners have had an issue with creating chances this season which is one of the reasons for their poor campaign.

Mesut Ozil and Nicolas Pepe have been the two chief creators at the Emirates in 2019/20, but with the former out of the team after the restart, the latter has been left to shoulder that responsibility.

Even in a poor Watford side, Sarr has produced 68 shot-creating opportunities - the two offensive actions that lead to a shot, such as passes, dribbles and fouls - compared to 66 from Pepe and 63 from Ozil, although he has played significantly fewer games.

In addition, 6.38 dribbles on average per 90, 0.9 shot assists per 90 and 4.46 crosses per 90 make the Senegal international a potent threat who would increase Arsenal's attacking output.

The Gunners should have been wary of Sarr's threat on Sunday after coming up against the powerful winger last season. He scored and ran rings around a helpless Arsenal defence as Rennes triumphed 3-1 in the first leg of their Europa League last-16 tie.

The 22-year-old is clearly talented, with his tenacious and direct play making him a real danger to any defence, but he still has plenty of room from development.

Whether Sarr makes a big move this summer remains to be seen, but with their shoestring budget Arsenal should certainly take a look him.