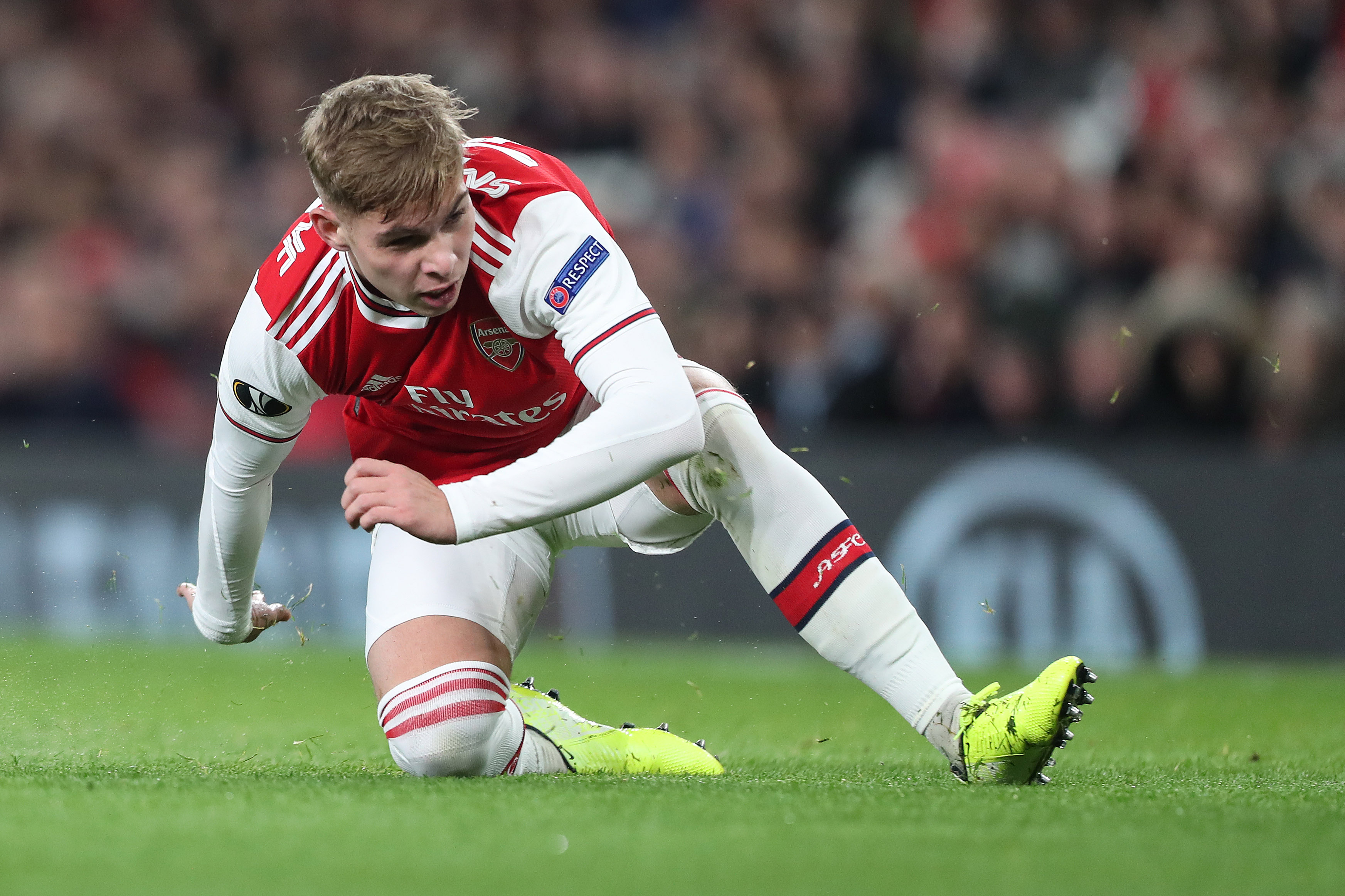 While youngsters like Bukayo Saka, Reiss Nelson and Gabriel Martinelli made their mark at the Emirates this season, Emile Smith Rowe was forced to watch from the outside looking in, as he helped Huddersfield battle relegation from the Championship.

It's not a battle the Croydon-born playmaker shied away from though, with two goals, three assists and a string of impressive displays proving crucial as the Terriers secured their second-tier safety.

It's a loan spell that Smith Rowe needed after injuries caused a set back in his development last season.

After shining for the Gunners in the Europa League, the youngster moved on loan to Red Bull Leipzig in January. Regular Bundesliga minutes was the hope, but a nagging groin problem saw him play just three times.

Smith Rowe's spell in West Yorkshire seems to have got his development back on track though, but what happens next for the 20-year-old?

Mikel Arteta's comments suggest he could be involved in the first-team, with the Arsenal boss saying: "He’s a player with very specific qualities to play in those pockets in that position as an attacking midfielder.

"I am excited to work with him. I have been talking with him and I have followed him during his spell on loan.

"I think he’s someone who can be pretty impressive. I’m pleased by what I’ve seen from him.

"He needed that exposure and he looks more mature now. I think he will be in a much better place when he comes back in pre-season.

"The young players want to be important, they want to take the important numbers, and I like that.

"It’s a good step, and they can be important in the future, but it’s up to them to decide that."

Arteta's positive impression of Smith Rowe can be backed up statistically too.

His pass success rate of 86.6 per cent ranks him 15th of all players in the Championship with 10-plus appearances, averaging 27.9 passes per game.

The 20-year-old also made 2.53 key passes per 90, the 10th highest in England's second-tier, while his 16.69 final-third passes per 90 ranks him an impressive seventh in the division.

Although primarily a creator, Smith Rowe isn't afraid to have a go himself, averaging 1.5 shots per 90 with an accuracy of 50 per cent.

While his stats suggest that he could add some much-needed creativity to Arteta's side, the Hale End graduate will have to make a big step up if he wants to become an Arsenal regular.

Arteta's recent comments and the head coach's faith in youth should give him belief though, while the club's shoestring budget and need to strengthen in multiple areas could see him afforded playing time next season.

With Mesut Ozil currently in exile and the Gunners trying to find a way to get him out the exit door, Smith Rowe represents the only natural attacking midfielder in the squad which will certainly work in his favour.

As we've seen from the youngster in the past, he could well grasp the opportunities given to him, while his exciting and fearless style will add an extra element to Arsenal's attack.

Supporters may feel underwhelmed at the thought of Smith Rowe becoming one of the club's chief creators, but he, without doubt, has the talent to do just that and should get the chance to prove himself next season.

The current situation at the Emirates means that the time is now for one of Arsenal's brightest young talents. Watch this space.