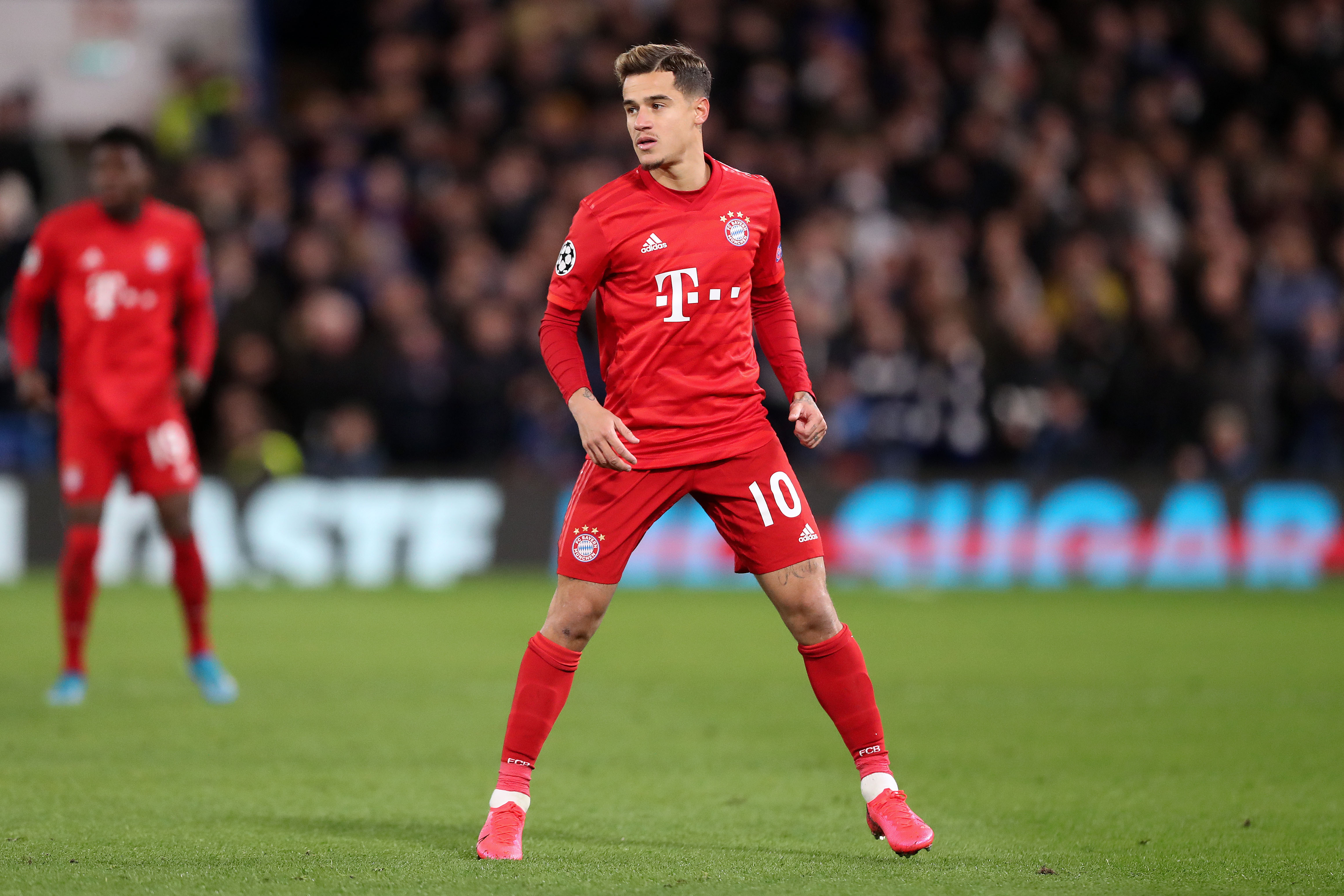 Could Philippe Coutinho be on his way to the Emirates. CREDIT: OFFSIDE

The club have held lengthy negotiations with his agent Kia Joorabchian, with the Brazilian is keen to move to the Emirates and try his luck in the Premier League once again.

The Gunners have may struggle to find an agreement with Barca though, who would rather move the 28-year-old on permanently instead of on loan.

Coutinho is looking for a new club after failing to earn a move to Bayern Munich, despite scoring nine goals and providing eight assists in just 22 Bundesliga appearances.

Zaha back on Gunners radar

It looks like we could have another summer of the Wilfried Zaha to Arsenal saga if reports in the Daily Mail are to be believed.

The Gunners desperately tried to sign the Ivorian last summer but instead opted to move for Nicolas Pepe after being repeatedly knocked back by Crystal Palace.

Arteta has been full of praise for Zaha in the past, saying: "I think he’s a terrific player.

"I think the impact he’s had in the last few years in the Premier League has been phenomenal.

"His ability to create chances on his own is unique."

Arsenal and Everton look set to do battle to sign Espanyol midfielder Marc Roca, with both clubs monitoring his situation according to Spanish outlet Sport.

The Spanish side are desperate to raise cash following their shock relegation from La Liga, with Roca's £40 million release clause making him one of their most valuable assets.

Milan have seen a £15 million offer turned down, with Sport claiming all are ‘very attentive’ to Roca's situation and may move in the coming months.

The agent of Cagliari's Nahitan Nandez is attempting to drum up interest in the midfielder from Arsenal and Chelsea, according to Corriere dello Sport.

The Uruguayan shone in his first season in Serie A, drawing January interest from West Ham, but the former Boca Juniors man has his sights set on bigger things.

The report does not state if the two London clubs would want to sign Nandez - who has a £36 million release clause - but his agent is trying to negotiate a move.

The agent of Arsenal defender Sokratis has branded rumours about a summer exit for his client as 'fake news'.

Reports claim Arteta has told the Greek defender that he is not part of his plans for next season and has no future at the club, but the player's agent Konstantinos Farras has fired back at those claims.

"Sokratis will stay. I don’t see a reason to leave. I don’t know why everyone is writing wrong and fake news," he told journalist Fred Paxton.