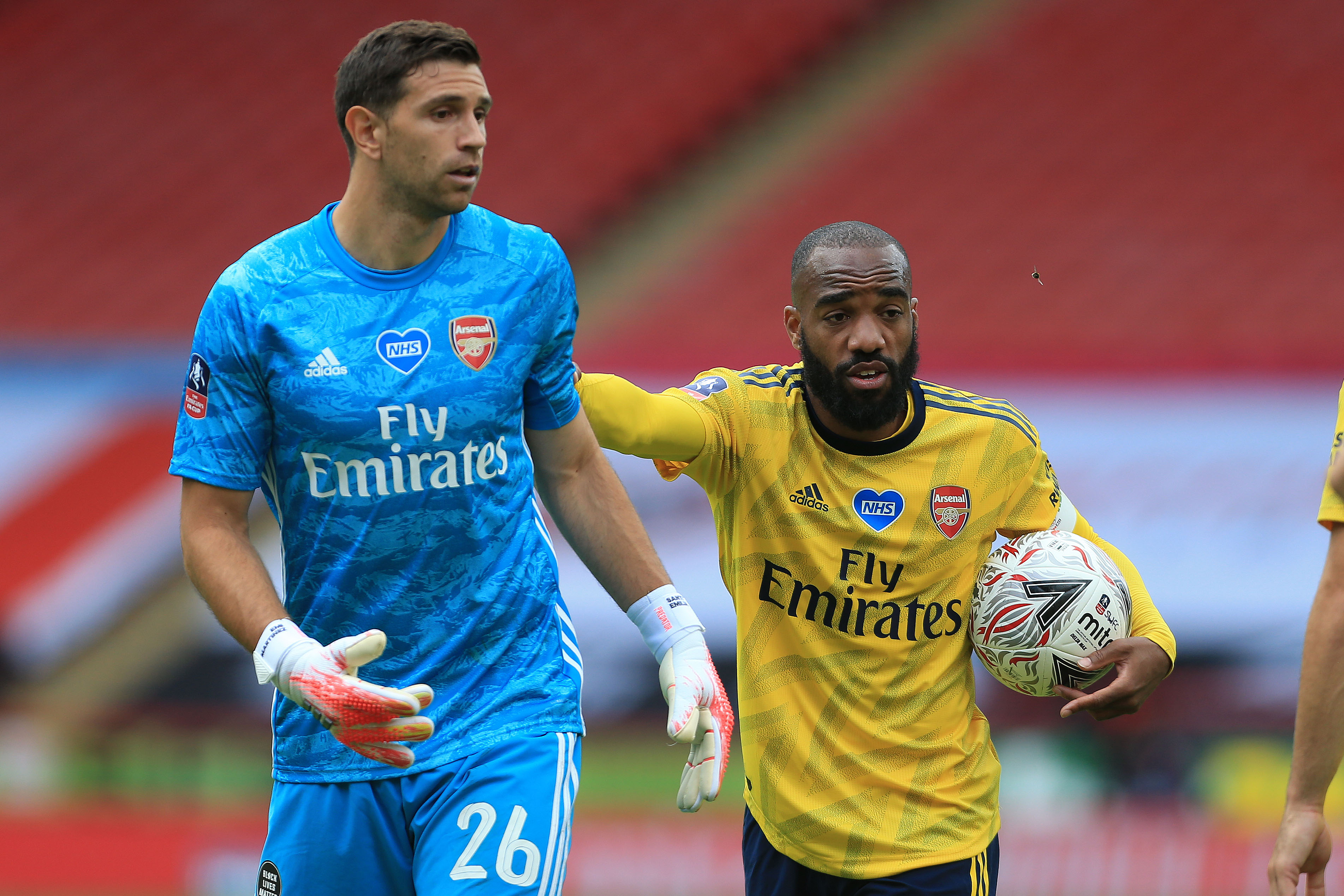 Emiliano Martinez is determined to make his mark at Wembley. CREDIT: OFFSIDE

The Argentine was overcome by emotion when the full-time whistle went to signal both Arsenal's victory over Manchester City in the semi-final and the culmination of a long journey for the goalkeeper.

"It was a bit emotional when the final whistle went in the semi-final," Martinez said.

"Not because we beat City, who for me are one of the best teams in Europe right now, but more because of how much I have been fighting to play in a final with the club I love.

"It has been 10 years since I joined the club and at the final whistle everything goes through your head."

Martinez's road to the FA Cup final has been a long one. After being spotted by the Gunners playing for Argentina's U17s and impressing during a subsequent trial, he was signed from Independiente for a little over £1 million.

His move to England was an emotional one for his family, with the goalkeeper revealing: "I saw my brother and mum cry, saying: 'Please don't go', but I had also seen my dad crying late at night because he could not pay the bills.

Despite moving to a new and unfamiliar country while still being a teenager, the sacrifices made by Martinez's parents stuck with him and made him determined to succeed in England.

"I remember the day that me and my brother ate and not my mum and dad," he recalls.

"So I know exactly what they've been through.

"I was living in Buenos Aires and I would only see them twice a month, when I travelled, because they couldn't afford the petrol to go and see me. So I know what they did for me to reach the top where I am now.

"I said to my mum when I turned 18 and moved into my first flat in Enfield: ‘I don’t want to come back to my country with nothing, I want to make a career here.’ I did not want to be one of those frustrated players who go to Europe and come back with nothing."

Having repaid those sacrifices, Martinez's Wembley moment will be one tinged with sadness.

"I wish my whole family was there," he said.

"Like I said, we came from a poor, poor family and for them to see me there winning a trophy in front of 90,000 people and getting a medal would be something.

"I remember for my Champions League debut against Anderlecht, my dad flew 27 hours to reach that game and he was crying all 95 minutes.

"I am so far away from home. Because of lockdown, I have not seen my mum and dad for a year. It will be tough, but I will be thinking about them when I play."

Martinez's recent run in the Arsenal side following Bernd Leno's injury has seen him grasp the opportunity thrust upon him, with a string of impressive displays earning him plenty of plaudits.

Despite only recently passing double figures for Premier League appearances and being loaned out six times, the 27-year-old revealed just how hard he has been working, always believing an opportunity would come.

"A second-choice goalkeeper can sometimes say: ‘Oh, it’s a lack of games, it’s different when you train compared to when you play’ but there is no excuse if you do everything right.

"My wife was saying to me in lockdown: ‘Why do you train so much?’ Because I thought I might have my chance, I might do it. And look, I have it. After two games I was already fitter than when I left.

"So when Bernd got injured at Brighton, if you see straight after that I had to make a lot of saves, and I made it look easy because I was confident I had done the right thing to prepare for each game.

"I have got a full-size goal in my garden. As soon as lockdown happened, the fitness coaches sent us a programme. We had a bike from a club to do training, obviously we could not go out anywhere.

"I had plenty of space. I had weights, a mini-gym outside. I was doing proper goalkeeper training. Normally as a keeper when you start training, if you have not been diving or hitting the ground for a long time, you might have bruises on your bones.

"That is something I have been doing since the lockdown so when I came back with the team I was feeling great."

Following Arsenal's semi-final win, as players and staff congratulated each other on a hard-fought triumph, Martinez was met with an embrace from his manager, Mikel Arteta.

The pair have a long friendship dating back to Arteta's playing days, with Martinez revealing: “We shared dinners together, I went to his house. We’d drink maté, because his wife is Argentinian. He was a lovely guy.

"Obviously now he’s manager and I respect him as a manager.

"When he hugged me the way he did I felt I’d done a good job, that’s the first thing that came into my mind.

"I was so happy for him as well, his first year and he reaches an FA Cup final. It’s something he needs to be proud of."

The cup final will be a moment more than a decade in the making for Martinez. With his family in his thoughts and his friend-turned-manager watching from the sidelines, he will try and do what he's always done.

Shoulder the weight of expectation and grasp his opportunity.