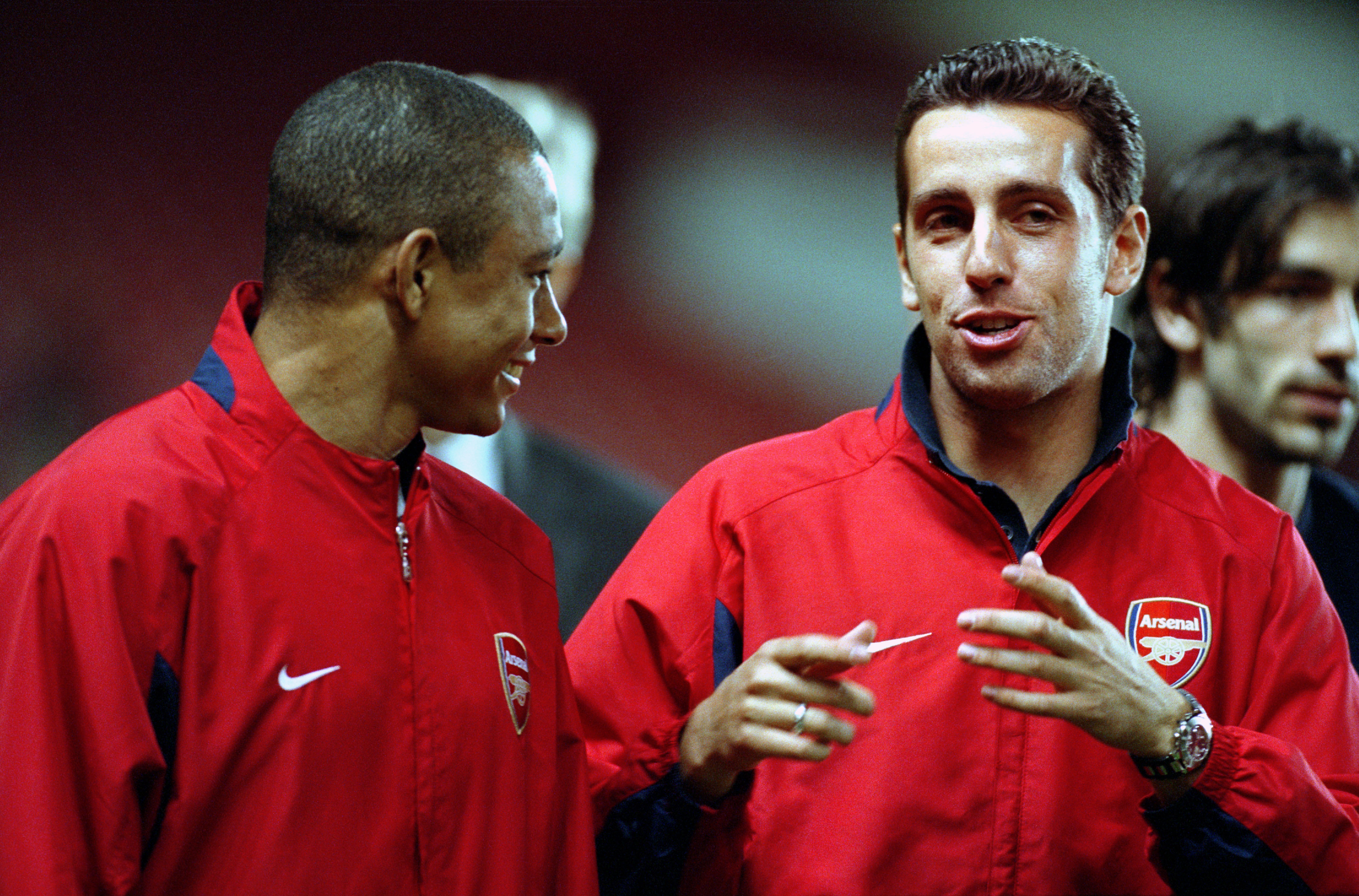 Sylvinho became the first Brazilian to join Arsenal when he signed for the club in the summer of 1999, turning down north London rivals Tottenham in the process.

The former Corinthians left-back was given the unenviable task of replacing Nigel Winterburn, but he turned out to be a reliable performer with an eye for a spectacular goal, making 72 appearances in his two seasons at Highbury.

After being displaced by Ashley Cole in his second season, Sylvinho decided to move on in the summer of 2001 to join Celta Vigo. He would go on to play for Barcelona and Manchester City before retiring in 2010.

Arsene Wenger decided to move into the Brazilian market again when looking for Sylvinho's replacement, bringing in Juan from Sao Paulo in 2001.

But, he was far less successful than his compatriot, playing just twice in three years and seeing his Arsenal career ended by a serious ACL injury in November 2002 as he became a Highbury footnote.

The rest of his career was spent back in Brazil, playing for 11 different clubs including Flamengo and Santos before retiring in 2019.

Juan was not the only Brazilian in north London at that time, and Edu's Gunners career looked like it might go the same way as his compatriot early on.

After a passport issue stopped him joining the club in 2000, he finally signed from Corinthians in January 2001 for a fee of £6 million.

An injury just 15 minutes into his debut, the tragic death of his sister and poor form made for a testing start to his Arsenal career, but the elegant midfielder would go onto to be a key member of Wenger's squad.

He would stay with the club until 2005, winning two Premiership titles, two FA Cups and becoming an Invincible in 2003/04 before joining Valencia.

Edu would end his playing career back with Corinthians in 2010 before returning to Arsenal in 2019 as the club's technical director.

Edu also played a key role in signing Arsenal's most successful Brazilian as he helped convince Gilberto Silva to move to the club from Atletico Mineiro in the summer of 2002.

Impressive displays as Brazil won the World Cup saw Wenger move for the player, and he would prove to be a key acquisition as Arsenal finally found a replacement for Emmanuel Petit.

Powerful and combative, Gilberto would earn the nickname 'The Invisible Wall' for his intelligent defensive work and play a key role in the Invincibles.

Having captained the club, won a league title and two FA Cups in nearly 250 appearances, Gilberto moved on in 2008 as an Arsenal legend, joining Greek side Panathinaikos.

He would end an illustrious career back where it all began at Mineiro in 2013.

Buoyed by the success of Edu and Gilberto, Wenger would sign another Brazilian duo in the summer of 2006 as young midfielder Denilson arrived from Sao Paulo and exciting forward Julio Baptista signed on loan from Real Madrid.

Baptista would struggle in his one season at the Emirates, with the powerful forward netting just three Premier League goals. He found form in the cup competitions though, scoring seven times including four in a League Cup tie against Liverpool.

Denilson showed plenty of promise early on and forced his way into the team at the start of the 2008/09 season. His development started to stall though and he joined Sao Paulo in 2011.

He would spend two years on loan there before joining the club permanently in 2013, leaving Arsenal after 153 appearances. His career has spiralled since and now plays in the second-tier of Brazilian football.

Arsenal continued to perform poorly in the Brazilian market, with work permit problems meaning youngster Wellington Silva never appeared for the club in his six-year spell at the Emirates.

Then came left-back Andre Santos. It would be kind to say he was the worst Brazilian to play for the Gunners, as in fact, he was one of the worst players to ever pull on the famous red and white.

Signed for £7 million from Fenerbache on deadline day in the summer of 2011, he spent two years in north London, but his haphazard displays and infamous half-time shirt swap with Robin van Persie meant few were sad to see him depart for Flamengo in 2013.

After spells in his homeland and Turkey, the 37-year-old is currently without a club.

Defender Gabriel Paulista was Arsenal's next Brazilian, arriving in an £11.3 million deal from Spanish side Villarreal in January 2015.

Gabriel showed glimpses of his talent across a two-and-a-half-year spell at the Emirates, but problems with the language barrier and injury issues saw him fail to make the impact he would have wanted.

After 64 appearances and two FA Cup wins, the defender joined Valencia in August 2017 where he still plays today.

The Gunners currently have two Brazilians in their squad, with David Luiz and Gabriel Martinelli having both joined the club in the summer of 2019.

Ex-Chelsea man Luiz has put in some shaky performances but was key as Mikel Arteta's men won the FA Cup, while teenager Martinelli has proved a sensation since arriving from Ituano, netting 10 goals in his first season in England.

Arsenal's past Brazilian signings have proved very hit and miss. For every Gilberto Silva and Edu, there's an Andre Santos or Denilson. Let's hope they have more success this summer.