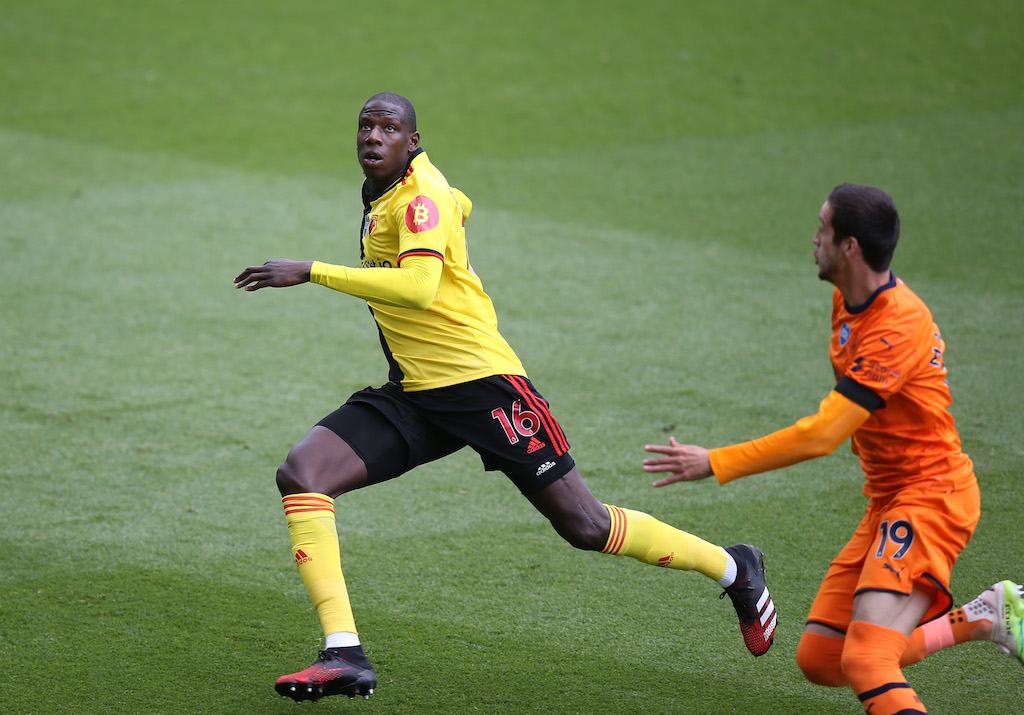 Abdoulaye Doucoure is a player that could boost Arsenal's squad. CREDIT: OFFSIDE

It has often been said that the modern day Arsenal can lose to any team at any team and that is never more true than when we are playing away from home.

Every Arsenal fan is aware of well known stat about our last away win at one of the 'Big Six' coming via a Santi Cazorla master class at The Etihad back in 2015.

However dropping points at the stadiums of the teams fighting for the Premier League title, Champions League places or Europa League qualification is one thing, doing so against relegation fodder or mid table opposition is quite another. For this article I have researched our last ten seasons of away form to assess why it has gone so wrong and what we can do to solve it.

We won just four times away from home in 2019/20 the same number as in Arsene Wenger's final season (2017/18) in charge. Sandwiched between those two campaigns was Unai Emery's sole full season at the helm and he managed seven away victories.

Across the three campaigns in the 57 games we lost 26. It's almost as if the worse Puma made our away kit, the more our performances reflected that. The most recent campaign's nod to our bruised banana kit deserved far better than it got.

In the preceding 3 seasons (2014/15 to 2016/17) we recorded 27 wins and 17 defeats. The 3 campaigns before those yielded 30 wins and again 17 losses. During 2010/11 we won 8 and lost 4 on the road. Given that our home form is generally strong we need a much improved away campaign if we are to realise any hope of Champions League football again let alone any pretensions of a title challenge.

Our attacking prowess has also started to falter in recent seasons. From 2010/11 for six seasons out of 7 we scored more away goals than we conceded whilst in 2011/12 we both scored and conceded 32 (that was the season of the infamous 8-2 hammering at Old Trafford).

However, since 2017/18 we have scored less than we have conceded including just 20 in 19 games in both Wenger's last season and the one just completed.

Despite creating a side that registered two unbeaten away campaigns (2001/02 and 2003/04) Wenger started to move away from a more physical central midfielder to introduce more of a tiki taka style with smaller and more creative players.

Wenger often cited mental strength yet as good as we remained at home under his management we started to regress as soon as we rocked up to an opponent's ground. 'Project Youth' created a team that when it clicked was tremendous however it simply did not click often enough and could be bullied into submission.

I spoke to Dave Kitson (a former Stoke City player amongst others) a couple of years back and he told me that when they played us he used to look across at our line up in the tunnel and would note the sizeable physical advantage - both in height and stature and could see how our players already appeared intimidated.

In his opinion we were beaten before a ball was kicked. One look at our away record at Stoke would seem to bear this out.

I have been at enough away games over the years to know that it's not a lack of support that's to blame - the support is always passionate and vocal. I have genuine sympathy for those poor souls who continue to subject themselves to the mediocrity we regularly serve up away from N5.

Arteta has managed to shore up our porous defence to a degree however we have to be able to compete. So how do we improve?

Firstly tactics - whilst it was not always comfortable viewing ceding possession as greatly as we did against Liverpool at home and Manchester City at Wembley it worked effectively, in both games we produced minimal shots on target (two against Liverpool and four against City) however we were clinical in both matches. That has to be the blueprint for next season against teams in the top six.

For those opponents outside of the the top half dozen sides we can afford to be more attack minded as we are likely to dominate possession. This leads me to formation.

A lack of genuine quality at centre back has led to a change to 3 at the back and given we have good options at either wing back berth it's likely that this system will be retained for the new campaign although that may be incumbent on centre back recruitment.

Further forward we need to decide whether we play with two central midfielders with two wide attackers flanking one central striker. Or we add a midfielder and play two upfront. We need a strong spine of the team - we have two very good goalkeepers and some excellent attacking talent (If Auba stays).

Get in a experienced Premier League defender - Lewis Dunk, James Tarkowski or Chris Basham are all obtainable and would not cost the earth.

We also need a proper defensive midfielder - Arteta doesn't seem to rate Torreira so what about Abdoulaye Doucoure?

Finally attitude - too often you can predict how an away game is going to go for us within the first 15 minutes - the passing is a little off, the belief is lacking and inevitably we lose or draw a game we are expected to win.

I think the longer our new coach has to work with these players, as well as bringing in his 'own men' the more our belief will increase.

Right now and for some time teams have seen a fixture versus Arsenal at home as a soft touch. It's high time we started making those teams fear us again and solving our away day blues once and for all.