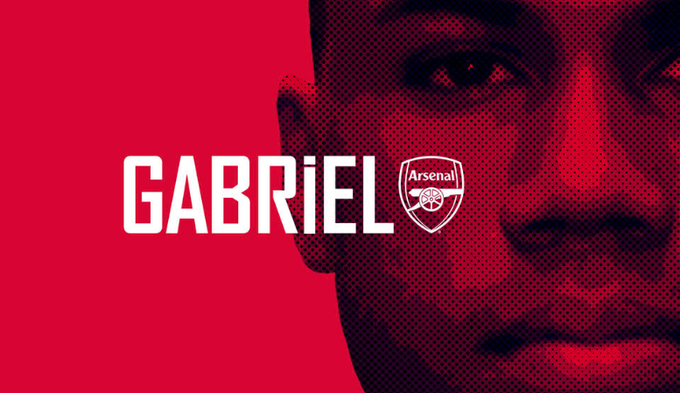 Born in Sao Paulo, Gabriel left home at the age of 13, moving more than 220 miles away to join the academy Avai.

Experiencing cold and homesickness for the first time at Florianópolis-based side, he went back home after just a week with no intention of returning.

His father interveined though encouraging him to reconsider the opportunity he had given, one often not afforded to youngster from his area and background. After two weeks back in Sao Paulo he returned to Avai.

That experience of moving away from home at a young age and having to adapt to new surroundings has aided Gabriel throughout his professional career and should help him settle quickly at Arsenal.

Earning a professional deal with Avai at 16, he would played 21 league games for the club before drawing interest from Europe in the form of Ligue 1 side Lille.

He joined the club in January 2017 and the 19-year-old quickly set about adapting to a new home as he had done six years previous, teaching himself French and conducting most interviews in his new language.

Further adaptation came in 2018 with a move to Croatian giants Dinamo Zagreb, before finally forcing his way into the Lille team early last year.

With club captain Adama Soumaoro out injured, the Brazilian was drafted into the centre of defence and didn't look back. His impressive performance saw him oust Soumaoro entirely, with the Frenchman joining Genoa last summer.

He formed an effective partnership with former Southampton skipper Jose Fonte, with Gabriel crediting the Portuguese defender in an interview with L'Equipe.

"As soon as José arrived at the club he spoke with me," said Gabriel.

"He encouraged me to work hard and to make the most of the opportunity that would come one day. He taught me a lot, on and off the pitch."

With the 22-year-old now an Arsenal player, it's a big move that Lille president Gerard Lopez had seen coming for a while.

Speaking back in April, Lopez told Sky Sports: "I feel he is among the top five dominant central defenders in Europe right now.

"His statistics, which aren't well covered outside of France, shows that his percentage for winning duels is pretty unheard of in a league that's extremely physical.

"He's an absolute machine, so to me, he's well on his way – if not this year – to potentially a really big club. I'm certain he's on his way to the Brazilian national team at some point."

In Gabriel Magalhaes, Arsenal appeared to have signed a defender built in the mould of modern centre back, with plenty of potential and one who should have no problem adapting to the English game and his new home.