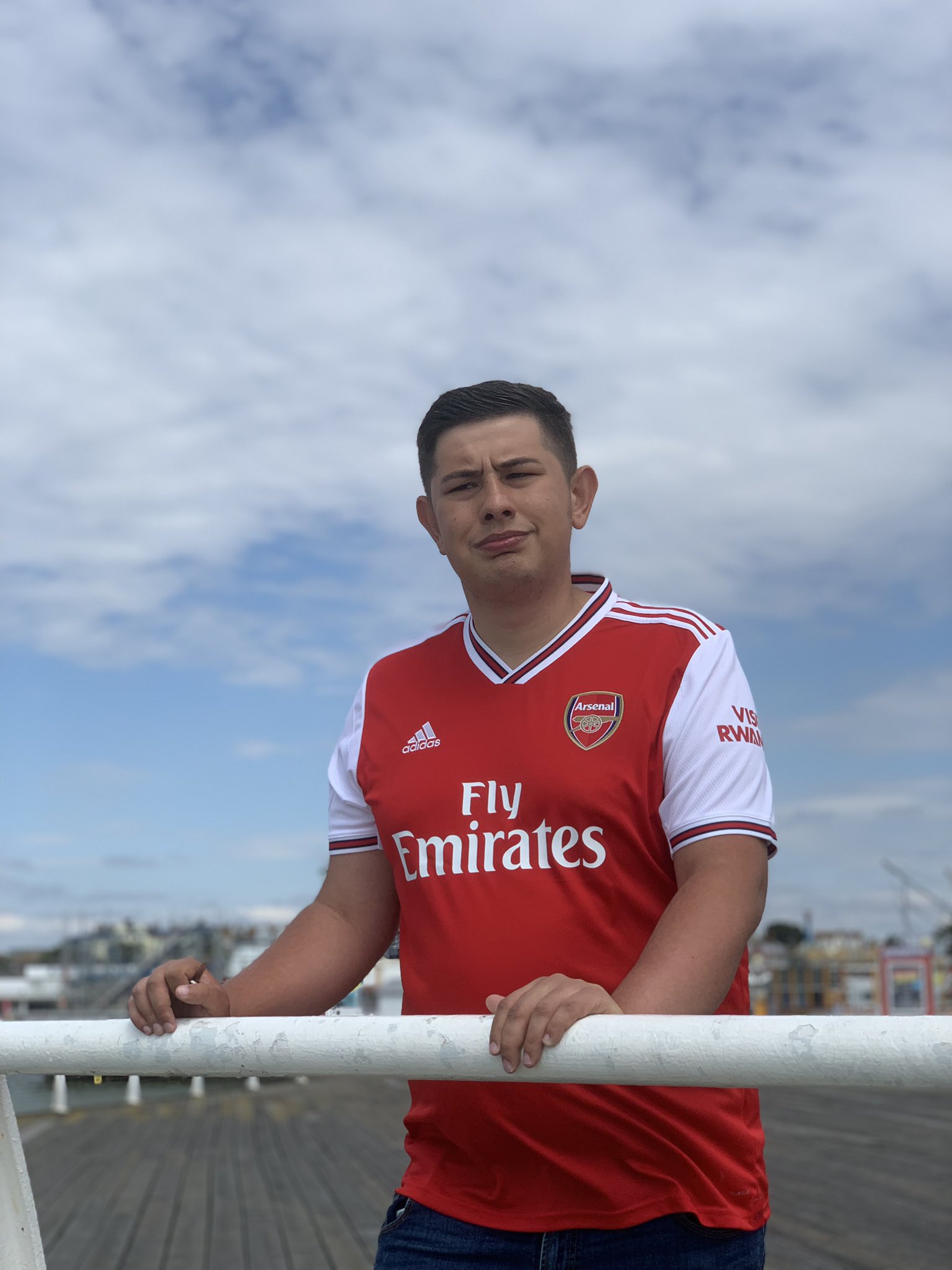 The Gooner's Jake Coare is the Arsenal silver members representative

The Gooner's Jake Coare has some news to share with loyal Arsenal supporters.

Read on for what passionate Jake has to say...

It is with great excitement that I can announce that my application form to represent silver members on the official Arsenal Football club Fans Forum for this upcoming season has been successful.

I cannot say I am not a nervous and sacred taking up this role but I don’t want to let down those amazing and brilliant Arsenal fans that I now represent.

My name is Jake Coare. I’ve been a member of Arsenal Football Club since 2004.

I love Arsenal Football club with all my heart.

The club has played a huge role in my life as someone who has grown up with Asperger’s syndrome a form of autism.

I have, and still do to this day, suffer from mental health issues - but I use my love for Arsenal Football Club to help manage my issues.

When I had to spend time on a NHS mental health ward Arsenal helped me by sending a letter and signed photo from former manager Arsene Wenger. It touched me so much at a difficult time in my life and it’s still framed and in my bedroom.

Growing up - and to this day - my favourite all time Arsenal player is the amazing Thierry Henry.

My current favourite players are Pierre-Emerick Aubameyang (who I really want to sign a new contact at Arsenal) and Gabriel Martinelli.

I’m really impressed and encouraged by the start of the Mikel Arteta era at Arsenal and I personally think we have a bright and strong future under Mikel.

I also enjoy going to watch Arsenal Women. I enjoy the way they play. My favourite players from Joe Montemurro's team are Leah Williamson and Daniëlle van de Donk.

Away from football I’m a fan of motor racing manly Formula One as well as being a huge boxing fan, particulalry Anthony Joshua.

My aims as your silver representative

I am their humble servant in being their voice and expressing their views to the club at the supporters forum and publicly if that’s what required of me.

I will promise and pledge to never put personal views above the members I represent.

I understand that the issues surrounding the return of supporters to grounds is going to be a challenge - not only for Arsenal but every football club around the world.

But I will fight our corner and always put silver members interests at the forefront when it’s discussed at the supporters forum.

I’m a Arsenal fan who just wants to help highlight the interests of all Arsenal fans around the world.

Please understand I’m not an employee of Arsenal Football Club and can't make deicsions. I can share people's views and anything they want the club to know about from a silver members point of view.

I’m just a normal Arsenal fan who is volunteering my time to help supporters have their views heard by the club.

I will sometimes make mistakes and errors along the way - but in life you can only learn and better yourself after making a mistake.

I applied for this role as silver members fans rep on the fans forum because I love Arsenal Football Club and the beautiful and rich history of our amazing club.

I believe we have such a beautiful, diverse and passionate fanbase who all love the club.

I would also would like to pay a huge thank you to Gav at She Wore who has campaigned so hard for silver members to be given a seat on the fans forum, so I wouldn’t be writing this article without Gav and She Wore - so thank you very much.

I’ll tweet any information regarding silver members so you are up to date with silver members related news at the club and you can tweet and DM this account and I’ll try my best to answer it.

You also follow my personal Social media pages on Twitter @JakeCoare14 where you can also reach me if you want to rise anything with me.