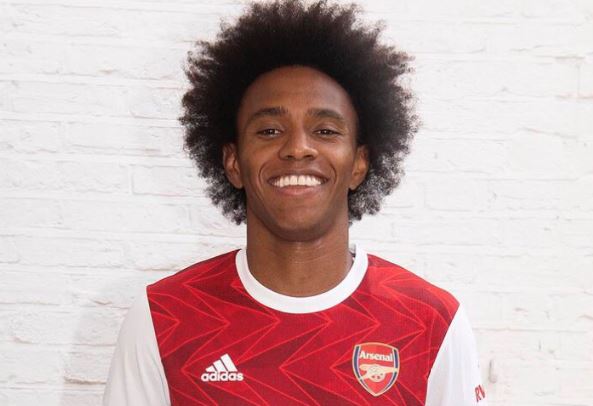 Bernd Leno - 7.5 - Made a vital early save but had little else to do after that as Fulham struggled to create chances. Distributed the ball well from the back.

Rob Holding - 7.5 - Solid display at the back from the Englishman, who even showed some unexpected flair in the build-up to the second goal. Arteta looks justified in his decision to keep the defender.

Gabriel Magalhaes - 8.5 - A dream debut for the Brazilian. He settled well after a nervy moment early on and put in a dominate display at the back which was capped with a debut goal. Promising signs from Arsenal's new defender.

Kieran Tierney - 8.5 - Impressive going both forward and back, staying solid in defence and bursting forward to supplement the attack. The Scot played some superb passes too, showing another side to his game.

Hector Bellerin - 7.5 - Posed a constant threat with his pace down the right and linked well with Willian in front of him. The Spaniard looks back to his best after his horrific knee injury.

Ainsley Maitland-Niles - 8 - The Englishman looked set for the exit door a few weeks ago, but he's turned his Arsenal career around. Playing in an unusual role, he found pockets of space time and time again, while his determined running caused Fulham plenty of problems. Did his defensive work well too.

Granit Xhaka - 7.5 - A fine box-to-box performance from the midfielder, who impressed at both ends of the pitch in a fine display. The Swiss continues to show his importance to this Arsenal team.

Mohamed Elneny - 7.5 - The midfielder could be set for a renaissance under Mikel Arteta. He kept Arsenal ticking over and always seemed to be in the right place to sweep up danger or receive a pass. Could prove to be a useful option this season.

Willian - 9 - The Brazilian recorded three assists on his debut and could prove to be a bargain after signing on a free from Chelsea. Always seemed to be in space, found his teammates with ease and linked play brilliantly. A very impressive first Arsenal appearance.

Pierre-Emerick Aubameyang - 8.5 - Scored a superb goal, posed danger throughout and worked hard for the team in a real captains performance. Dovetailed nicely with Tierney and Maitland-Niles down the left.

Alexandre Lacazette - 8 - Got the goal he would have wanted, ran his socks off and linked play with some fine hold up play. A much better performance than what we saw last season from the Frenchman.

Nicolas Pepe - 7 - Replaced Willian and posed a real danger down the right with some tricky play.