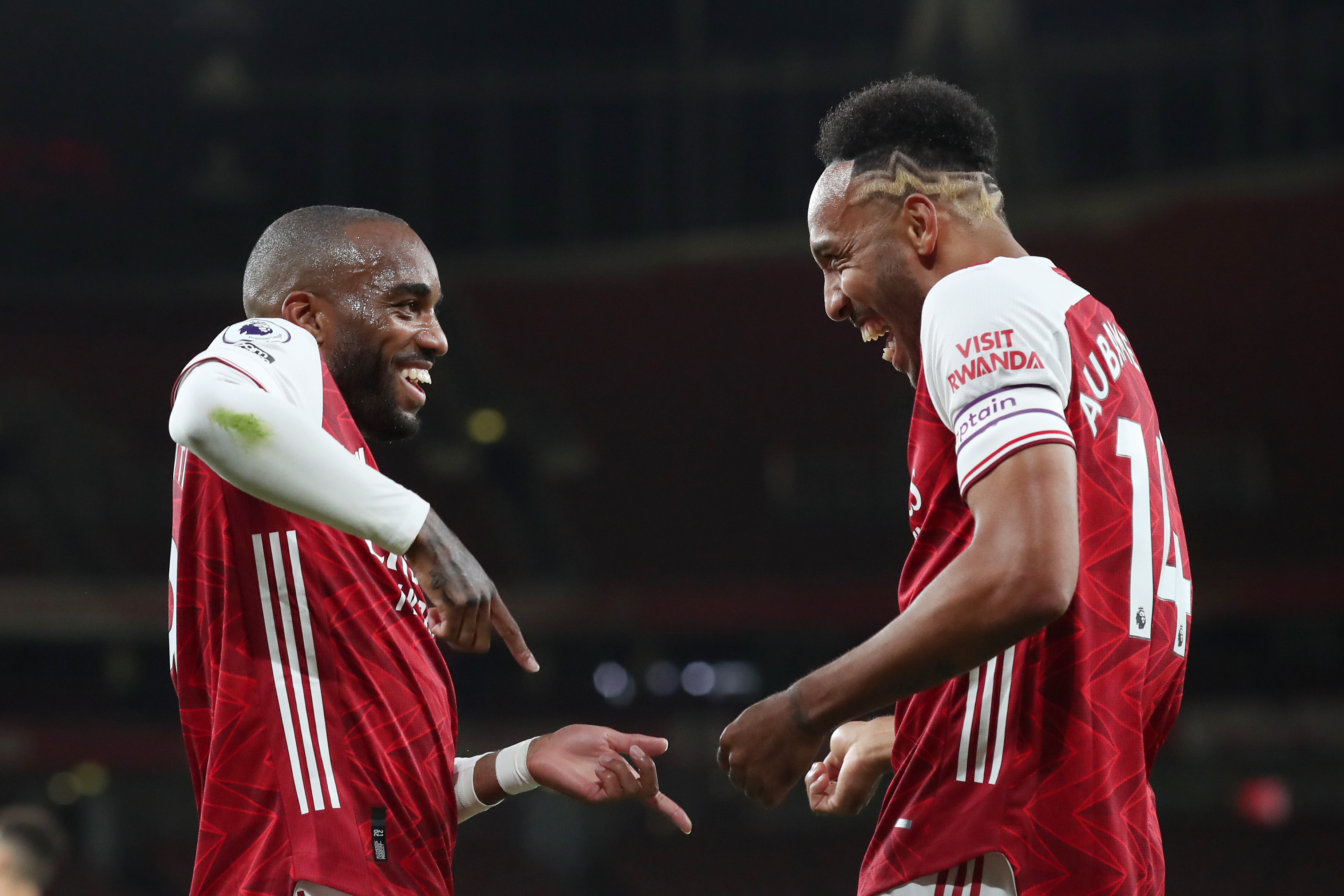 Auba and Laca could be key at Anfield. CREDIT: OFFSIDE

Under Mikel Arteta, Arsenal's captain has proven time and time again that he's the man for the big occasion, and he will need to be just that at Anfield.

Aubameyang will have plenty of tracking back to do if the Gunners are to stop the dangerous attacking runs of Trent Alexander-Arnold, but the full-back could leave plenty of space in behind for the Gabon international to exploit.

Having been rested for the League Cup tie with Leicester last week, the skipper should be fresh and raring to go on Monday.

The Frenchman has started the season brightly with two goals in as many games, and Arsenal will need him to continue that form if they are to have any chance of beating the champions.

Lacazette will be in for a tough test up against Virgil van Dijk, but as he showed in the last league meeting between the pair in July, the Dutchman can be pressured into making mistakes.

The striker will be hoping he gets plenty of service from those around him and he must avoid becoming isolated up top or it could be a long evening for the Gunners.

The starlet caused Liverpool plenty of problems in the Community Shield win last month and Arteta will be demanding more of the same from the youngster.

Saka will have plenty of defensive work to do, but he needs to provide Arsenal with an attacking threat from out wide when the Gunners get the chance to go forward.

Whether he starts the game or not, the 19-year-old will have a big role to play at Anfield.