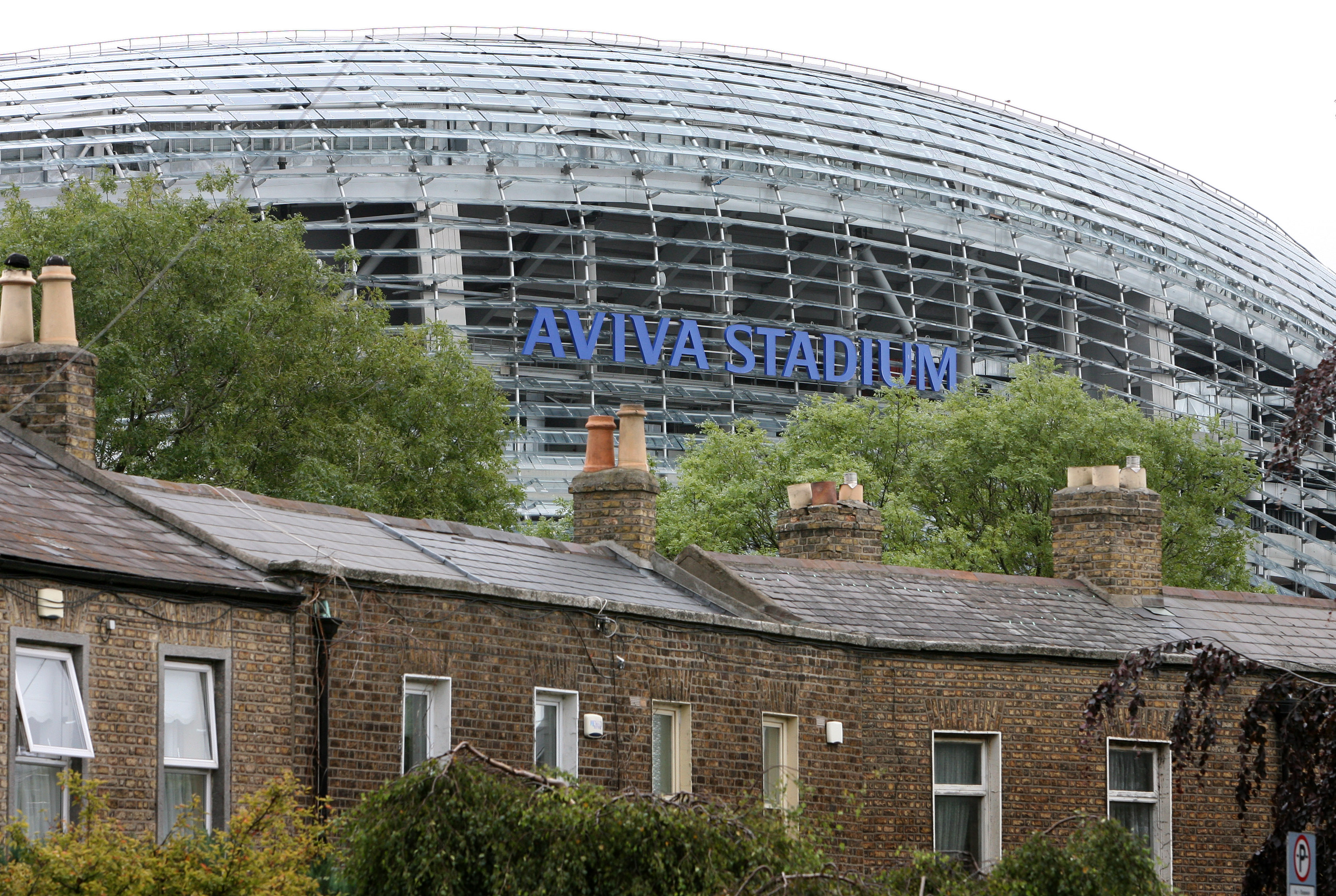 Could Arsenal play in front of Gooners at the Aviva Stadium inboxed Dublin when they play Dundalk in the Europa League?

At last, Irish Gooners could get to see Arsenal in real action in Ireland

2020 has been a tease of a year — we win the FA Cup but can’t be there to experience it. We beat Liverpool three times in a few months, but can’t at first hand see any of them.

And now for Arsenal fans in Ireland, we are faced with the possibility of the team playing competitively in this country for the first time, but we still don’t know if we will be able to roar them on from the green seats of the Aviva Stadium.

Irish football clubs are missing out big time on massive paydays. Earlier this month, AC Milan played Shamrock Rovers in Dublin, but that too was behind closed doors. It is like those games of Subbuteo where you hosted the big teams in your own mind in your own front room. Now, the big games are happening and we can’t get to see them.

But there might be still be a chance we can

UEFA’s schedule for the Europa League group stages has opened up the possibility that the glamour tie between Arsenal and Dundalk could draw a limited attendance pending Irish Government and public health approval.

UEFA have said that up to 30 per cent stadium capacity can be used for group stage games provided it is approved by local authorities.

The plan would be for greater numbers to be allowed into the Aviva and Croke Park given the size of the respective venues.

And with the climax of the intercounty GAA season set for December, it is likely that Dundalk’s outlook for the Arsenal date will be tied in with whatever the authorities green-light for the normally 82,000 capacity All-Ireland finals on December 13 and December 19.

As one of a generation of Irish kids who started following Arsenal in the bleak mid-70s, just before a horde of Irish players pulled on the shirt together, this moment cannot come a minute too soon.

I remember six or seven players from Northern Ireland and the Republic of Ireland in the team in those early years, but we never got to see them in anything here but a green shirt.

The away game against Dundalk will happen at teatime on December 10, and at that stage should be nothing more than a dead rubber, for Arsenal anyway in a group that also contains Molde and Rapide Wien.

So any fans who are allowed into Dublin’s Aviva stadium by then will see a far from first string Arsenal side.

This will be the first time that Arsenal play a team from the Republic of Ireland in a European competition.

There were games against Glentoran in the Irish League in 1969 — a 3-0 win at Highbury followed by a 1-0 loss at Glentoran. Over the years, United, Liverpool, Everton and Tottenham have been drawn against Irish sides, but never Arsenal.

The last time Arsenal played here was when we got our newfound liking for penalty shootouts in Emery’s first summer.

The game against Chelsea at the Aviva was memorably forgettable, but we prevailed 6-5 on penalties following a finely-balanced 1-1 draw made possible thanks to a 90th minute equaliser from Alexandre Lacazette.

Antonio Rudiger headed Chelsea in front (6) before Alvaro Morata missed a penalty (12) during a first half which Chelsea dominated courtesy of an inspired performance by a then 17-year-old Callum Hudson-Odoi.

We improved after the break but left it late to level when Alexandre Lacazette (90+3) forced a penalty shoot-out, where Ruben Loftus-Cheek's miss proved decisive as Arsenal netted all six of their penalties.

The win topped an enjoyable evening for Gooners in Ireland, who flocked to Dublin for this rare opportunity.

Normally, travelling fans have had to leave far flung places like Galway and Shannon and Kerry and Knock to catch dawn flights to Luton and back that night.

For a decade, I made that journey, leaving home at 6am for the five minute spin to the then nearby Galway Airport.

A smart walk back to Finsbury, the connection to Kings Cross and the first available Bedford train got us back to Luton and back into my couch in Galway to watch the highlights on Match of the Day. When will that be possible again?

And so to Dundalk. The club beat KI from the Faroe Islands this week to get into the lucrative group stages for the first time since 2016 when after. Storming run in the Champions League qualifiers, they got to the Europa League stage under the tutelage of current Republic of Ireland boss Stephen Kenny.

That team played effective attacking football in a group comprising Zenit, AZ and Maccabi Tel Aviv. They took four points from their opening two games 1-1 away to AZ and a 1-0 win over Maccabi, but were unlucky to lose successive games 2-1 to Zenit.

They went on to narrowly lose the last two games as their legs deserted them. At the time, and enriched by the fruits of their European run, Dundalk were the best team in the country and it was predicted that they would dominate Irish football for a decade.

Four years later, that is not the case. They have been overtaken by a resurgent Shamrock Rovers who are set to win the League this year and who played reasonably well against AC Milan a few weeks back.

The Dundalk team that Arsenal will play in the Europa League this winter is inferior to the team that Kenny led. After a poor run in the league this summer, they sacked manager Vinny Perth and replaced him with Filippo Giovagnoli, a relative unknown. Giovagnoli and his assistant Giuseppe Rossi worked together at the Metropolitan Oval Youth Academy in New York.

Giovagnoli had no senior managerial experience prior to taking the Dundalk job but was the technical director of AC Milan camps in the USA and in Italy.

He is a former Italian third-tier footballer and coached the U-19 side of Serie C club AS Gubbio 1910.

Recounting his playing days, former centre-back Giovagnoli said: “Young people they Google, they search so I don't know if they know if I played.

“I was semi-professional and then I played professional. In Italy, if you play fourth division, it is really good, trust me.”

Whether he played or not is irrelevant at this stage. He will now go down in Irish football history as the man who led them to the promised land of the group stages of the second ranked European trophy.

The success nets them £3million, a welcome income after an expected loss of £2million this season.

Dundalk got the job done against the Faroe Islanders on Thursday, but in reality, Arsenal’s second string should be too strong for them in the last round of games when Dundalk’s domestic season will be well over and motivation will be waning.

The pity for fans of both sides is that they will not be able to travel in massive numbers to see either leg of this novel tie. But then, that’s December, and it could be a whole world away in terms of what we will be allowed to do.

The fact that the game is at the end of the series opens up the possibility that guidelines on large sporting fixtures might have evolved by that juncture and Irish gooners might yet get in to see Arteta’s men on Irish soil as they finish their group stage campaign.