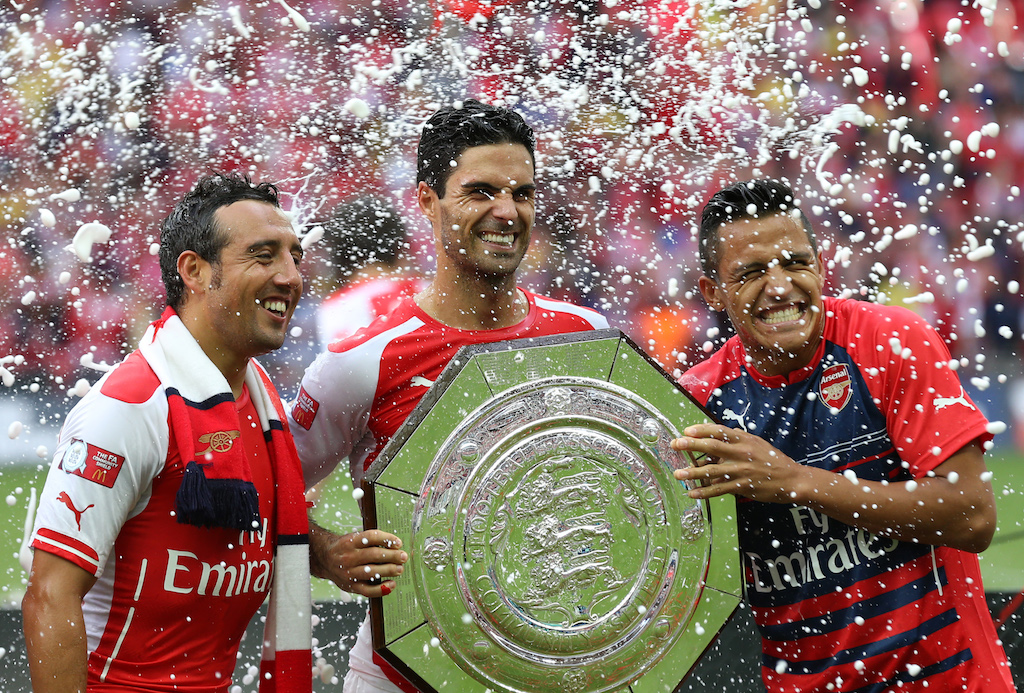 Former Arsenal player Santi Cazorla has told how he copes with playing in the searing heat of Qatar thanks to cooling technology which brings the temperature inside boiling stadiums down from nearly 100F to the low 70s.

Last week they were knocked out of the AFC Champions League losing 1-0 in a last 16 match against the Iranian team, Persepolis, at the Education City stadium in Al Rayyan.

Outside in the street the temperatures were 98.6F - with a humidity factor making it feel like 105F - but on the pitch it was just 72F.

This was thanks to cold air being pumped into the stadium via special cooling nozzles after chilled water was brought to the arena by pipeline. The heat will make Carzola miss Europe all the more, but odds are he will stay with Al Sadd. The team may have missed out this year, but bookmakers will have them as sure bets to coming back to the competition even stronger and motivated next season. You can click here to check out their offers for Al Sadd and the teams still in the mix for the Champions League trophy.

It was the first time such technology had been used in an international tournament.

The system, whereby air is recycled and cleaned as well as cooled, starts up two hours before kick-off and the stadiums are designed to block warm air from entering the arena.

Carzola, who made 129 appearances for Arsenal between 2012-2018, scoring 25 goals, said the cooling technology helps players like him last the whole game without being substituted.

“The temperature inside the stadium is ideal for playing a game but outside it is too hot to play without air.

“For any players it is much easier to last 90 minutes with these conditions than it would be outdoors, and at my age it can be even worse.

“To combat the heat I try to drink a lot and very often because with the temperature you sweat a lot and lose energy.”

Cazorla on Arsenal and Arteta

Talking about Arsenal, which he left in 2018, and former teammate Mikel Arteta he said: “I love a club like Arsenal and know Mikel very well. We are very good friends and I always knew he would be a great coach.

“The Premier League is the best league in the world for me because of how football is lived and because of the respect of the fans to the footballer.”

Qatar is due to host the World Cup in 2022 when the cooling technology will be available for use at all eight stadiums, but the winter temperatures will not be as high as they are now.

It is also set to be introduced in the Far East where fans, as well as players, have to swelter in boiling hot stadiums during pre-season tours to China, Korea and Japan.

‘Fans are the most important part of football and it’s vital that they feel comfortable inside the stadium’, added Cazorla.

One former international player, Iranian Mohammad Navazi, currently coaching Iran’s Shahr Khodro, said that as a player he had always dreaded playing in the Gulf at this time of the year due to the heat and humidity levels.

Speaking after a match at the Al Janoub Stadium which saw temperatures brought down from 33F to 22F by the technology he said:

“For the first time, not only did I not feel the heat at pitch level, but I also felt chilly. Had I known, I would have brought a jacket with me to Al Janoub Stadium.

“But for my players it was optimum conditions and they played full force until the final whistle. Had it not been for the stadium cooling system, both teams would have suffered in the last half hour of the match, as I had all those years ago when I played on these shores.

“This technology has a real legacy for Qatar and any country with similar climates.”