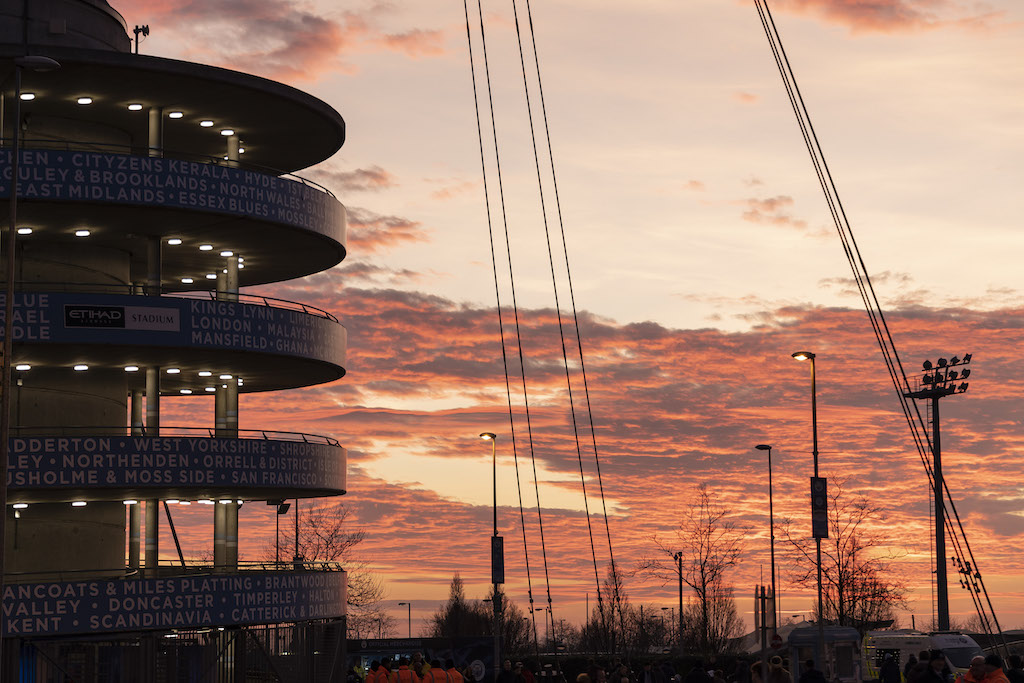 Arsenal are gearing up for a trip to the Etihad. Read expert Mark Rowntree's in-depth Manchester City vs Arsenal preview.

The Premier League makes a welcome return from the extended international break which saw young Gunner Bukayo Saka make his full England debut, and Eddie Nketiah become England’s record scorer at Under 21 level with his 14th international goal in a 2-1 win against Turkey.

However, it wasn’t all a bed of roses for Arsenal with Kieran Tierney cruelly forced into a 14-day self-isolation period as a result of being in close proximity to his coronavirus stricken Scotland team-mate Stuart Armstrong.

Traditionally the return from an international break coincides with a series of ‘difficult to fathom’ Premier League results and there’s a number of reasons to believe that Arsenal are capable of springing a minor surprise at the Etihad Stadium.

Results wise Arsenal have made a strong start to the season, sitting pretty on nine points from four games with Alex Lacazette, Pierre-Emerick Aubameyang and Eddie Nketiah regularly among the goals.

Since a ‘scruffy’ 2-1 home win against Sheffield United, Mikel Arteta has tinkered with the Arsenal squad, crucially landing his long-term transfer target the Ghanaian Thomas Partey from Atletico Madrid for £45m.

Arteta was glowing in praise for the versatile central midfielder, telling Arsenal.com: “I think he allows us to play different formations and he can fit in within those formations in different positions, which is a really good thing to have in a squad where, in midfield, I think we were a little bit short.”

Man City have traditionally held the upper hand in recent Premier League matches against the Gunners, doing the double last season with a pair of 3-0 wins, the latter of which was a nightmare return to action for David Luiz. Indeed City have beaten Arsenal in their last four league clashes at the Etihad Stadium (3-0, 3-1, 3-1 & 2-1).

However, the Gunners did claim the bragging rights with an Arteta tactical masterclass (and a brace of goals from Pierre-Emerick Aubameyang) in the 2020 FA Cup Semi-Final at Wembley and will be hoping for more of the same when the pair meet in the EFL Cup Quarter-Final prior to Christmas.

The Citizens flew out of the blocks in their opening game of the season at Wolves but have hit a rocky spell of form since which has left them chasing the early season pace-setters Everton (by eight points) and their main title rivals Liverpool (by five points).

Their defensive shortcomings were all too evident in their last home game against Leicester City with Kyle Walker, Eric Garcia and Benjamin Mendy each individually pressing the self-destruct button in offering up penalties for the Foxes in a 5-2 defeat.

Meanwhile, their midfielders were largely redundant in a thrilling end-to-end game of ‘basketball’ against Leeds United (1-1) until the late introduction of a steadying figure in the shape of the vastly experienced Fernandinho. Since the Leicester defeat, Ruben Dias has joined from Benfica for £62m and he’ll almost certainly build a strong rapport with the excellent Aymeric Laporte.

Arsenal will undoubtedly have one eye on a trip to Rapid Vienna in the Europa League later in the week, but travelling aside, their forthcoming run of fixtures isn’t quite as daunting as that facing an injury depleted Man City (Arsenal (H), Porto (H) & West Ham (A)).

Guardiola has Sergio Aguero and Gabriel Jesus slowly working back to match fitness, while Oleksandr Zinchenko is also unavailable.

Furthermore there are major doubts regarding the well-being of Raheem Sterling (absent from England duty) and the talismanic Kevin De Bruyne (missed a midweek trip to Iceland with Belgium).

More positively for Man City, Bernardo Silva is fit and available for selection alongside Ilkay Gundogan who could offer value in the anytime goal scorer market at 7-2 (possibly back on penalties duty).

City are renowned fast-starters in their Premier League games but often slacken off a fraction after the opening 20-30 minutes, so assuming Arsenal can stem that early tide, a positive result from this fixture is achievable.

The early signs are that Man City are starting to feel the pressure in pursuit of Liverpool (and others) and Arsenal are more than capable of exploiting any lingering mental weaknesses, even more so if Kevin De Bruyne is absent from City duty.