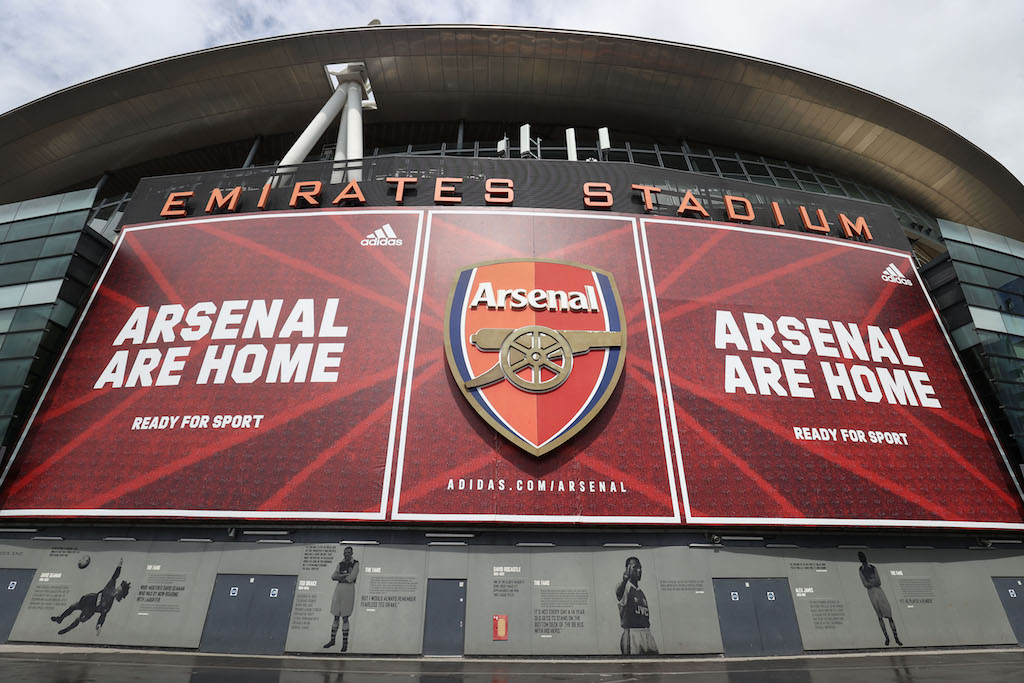 Arsenal's Europa League match with Dundalk at the Emirates can offer a real opportunity for the young fringe players Eddie Nketiah, Nicolas Pepe and Ainsley Maitland-Niles.

Arsenal can cement their solid start in the Europa League against Irish Champions Dundalk at the Emirates in a game where chances are likely to be at a premium for the visitors.

At a time when the Gunners were in the process of coming from behind to earn a valuable 2-1 away win against Rapid Wien in their opening game, the Lilywhites were surrendering a lead in a 2-1 home defeat against Molde of Norway.

In truth, that opening day defeat has left Filippo Giovagnoli’s men with a mountain to climb in order to qualify with back-to-back clashes against the Austrian’s Rapid Wien firmly on the horizon.

Thursday’s clash will be Dundalk’s eighth game in just 28 days, and despite centre-half Brian Gartland quipping that 'everyone is fit this week' the second in command Guiseppe Rossi sounded a more cautious note on the club website: “The players have to recover and we have to base the choice of selection to ensure the players are safe and they don’t get hurt.”

Things haven’t gone according to plan for the men from County Louth in the League of Ireland this season.

Dundalk occupy third place (25 points from 16 games) and trail the leaders Shamrock Rovers by 13 points with a weekend defeat to fourth-placed Waterford also serving to threaten their participation in European competition in 2021.

Indeed Rossi has gone on record stating that Sunday’s clash with St Patrick’s Athletic must take priority over a glamour tie at the Emirates.

Arsenal were frustrated by a defensive-minded Leicester City in the Premier League on Sunday before falling for the late sucker punch from their nemesis Jamie Vardy.

Dundalk will no doubt attempt to deploy very similar tactics but whether they have the strength in depth to hold out for any sustained period of time must be considered extremely doubtful. Furthermore, goals have been in very short supply for the Irish side of late with 0-0 home draws against Finn Harps and Bohemians examples of that fact.

Mikel Arteta will need to shuffle his squad to account for various injuries in the defensive positions with David Luiz (muscular problem) adding to a list which already includes Calum Chambers, Rob Holding and Pablo Mari. Shkodran Mustafi may partner Gabriel Magalhaes at the back, although it is noted that the latter has endured a very heavy workload for the Gunners since joining from Lille.

Furthermore there are doubts about Willian (calf) and Bukayo Saka, and with an important game ahead at Old Trafford Arteta could elect to rest key players like Alex Lacazette and Pierre-Emerick Aubameyang.

This can offer a real opportunity for the young fringe players Eddie Nketiah, Nicolas Pepe and Ainsley Maitland-Niles.

As we have witnessed Nketiah clearly knows his way to the goal, so makes some appeal in the first goalscorer market at odds of 17-5.

In summary, as the market suggests Arsenal (1-16) should hold all of the aces and are capable of banging in the goals against a Dundalk side seemingly short on confidence, and who have been given little hope by the bookmakers of springing an almighty shock (40-1).

Arsenal to score Over 4.5 Goals