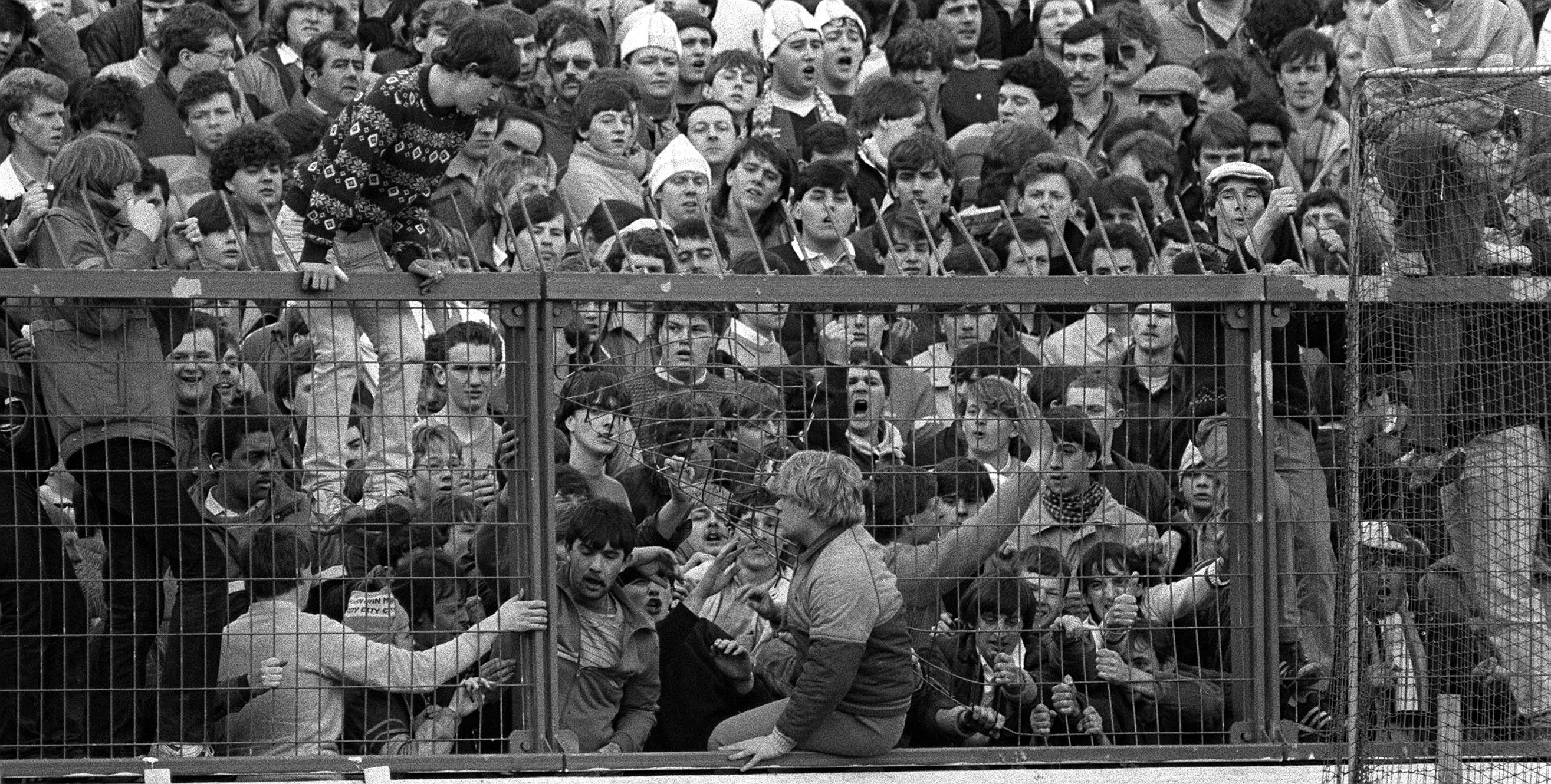 With the odds distinctly against the Gunners returning with three points, the Gooner Fanzine's Steve Pye recalls a 'smash and grab' in Manchester in the mid 1980s.

Read on for the latest in our REWIND series when we take a look at a memorable fixture in Arsenal history - the day the Gunners beat Manchester United at Old Trafford in December 1985.

Understandably many clubs have struggled when visiting Old Trafford in the Premier League era.

But it’s a slight irritation of mine that Arsenal’s record at this ground has been so poor. FA Cup wins in 2003 and 2015 were delicious, as were the league victories during the double winning campaigns of 97/98 and 01/02.

But it’s a full 14 years since we last left Old Trafford with three points.

Despite the claims of Sky, football did actually exist before 1992, and digging a little deeper into the record books reveals that Arsenal’s league record at Old Trafford leaves a lot to be desired.

The famous 1990 Battle of Old Trafford win aside – another gained during a title winning season – a league visit to M16 has often been coupled with disappointment.

Just one win achieved, and painful defeats – a 2-0 loss in 1987 that ended our 22-match unbeaten run and a 4-1 hammering on the opening day of the 89/90 season – indicates that our great club has rarely enjoyed success at the inaptly titled Theatre of Dreams.

English football at a crossroads in the mid 1980s

The solitary win during the 1980s came at a time when both Arsenal and English football were sat at a crossroad.

With English teams banned from European club competitions after the Heysel tragedy, and no football on our screens due to a row between club chairmen and television executives, football was struggling as the 1985/86 season commenced.

Under Don Howe, Arsenal started the campaign with two defeats in their opening four matches –albeit against the might of Liverpool and Manchester United – and even though the ship was steadied with four straight wins, inconsistency was the theme up until Christmas. Hard to beat at home, on the road it was a different story.

A 6-1 defeat at Everton and a 3-0 reverse at Southampton were particularly embarrassing, but a 0-0 draw at West Brom against a club that only won four league matches all season was just as woeful.

When just 16,675 turned up at Highbury to witness another goalless draw against an equally abysmal Birmingham team, you knew the patient needed reviving.

However, there was a glimmer of hope on the horizon. Arsenal’s youth system was beginning to unearth a few gems, with Howe and his new assistant John Cartwright seemingly willing to edge out the underachieving stars and give the kids a chance.

David Rocastle made his debut in September 1985 in a 0-0 draw against Newcastle; Martin Hayes took the place of Graham Rix and set up Tony Woodcock for the winner in the 2-1 victory over Oxford in November.

Martin Keown made his debut a week later at the Hawthorns. Niall Quinn terrorised the Liverpool defence and scored on his debut in a surprising 2-0 win at Highbury in December. It seemed that these kids were alright.

Another youth product was about to be thrown in at the deep end for the forthcoming trip to Old Trafford. With Viv Anderson suspended, Gus Caesar stepped in at right back, leading to the inevitable “Arsenal are ready to hail Caesar” style headlines.

Caesar’s road to recovery now seemed complete; just a year before, he had broken his ankle, had a plate inserted, and feared for his career.

Howe could have played Colin Hill at full back or pushed Keown across and recalled Tommy Caton.

Yet he was adamant that these players were ready: “These youngsters give me a lot of confidence for the future.” With Tony Adams also in reserve, the youth revolution was in full swing.

Davis was beginning to fulfil his potential, his masterful display against Liverpool earning rave reviews. In his footsteps, the others were following.

Searching desperately for their first title since 1967, Ron Atkinson’s Manchester United had started the season in imperious form, winning their opening ten league matches, and remaining unbeaten until November.

Many journalists seemed certain that this would now be their year, and despite two away defeats they still held a five-point lead over Liverpool.

Would it be sink or swim at Old Trafford for Howes’s kids? “United have inflicted a series of clear-cut defeats on the Gunners home and away in recent years which suggest that the leaders will consolidate their position at the top of the First Division today,” the Guardian preview stated.

It was hard to disagree. But thankfully football is never that straight forward.

A crowd of 44,386 would see a match played in filthy conditions, as the wind and rain battered players and fans alike on a dark December day. For the vast majority of the match the Arsenal youngsters had to repel wave upon wave of pressure, as the home team dominated proceedings.

Without Captain Marvel Bryan Robson, it would be his deputy that took centre stage in the key incidents of the match. Norman Whiteside saw his 20th minute penalty saved by John Lukic, and the Northern Ireland international would later spurn a glorious chance in the last minute. Yet it would be his attempted clearance in the 75th minute that proved decisive.

Hitting the heel of Colin Gibson, the ball broke to Quinn inside United’s area, and when Gary Bailey was unable to hold his effort, Charlie Nicholas pounced. Although the ball almost stuck in the mud, Nicholas’ shot had just enough on it to creep over the line, sending the thousands of drenched
Arsenal fans behind the goal into raptures.

Quinn’s involvement in the goal must have left Cartwright beaming, the beanpole striker much more suited to the more direct style Howe’s assistant preferred. Although Cartwright’s approach left the likes of Steve Williams, Tony Woodcock and Nicholas unimpressed, back to back wins over Liverpool and United were not to be sniffed at.

Arsenal's smash and grab at United

In truth, Arsenal’s win was a bit of a smash and grab, the goal coming from the first two attempts on target. Yet the gritty display fully justified Howe’s faith in his young players. Caesar earned rave reviews for his shackling of Jesper Olsen.

The Guardian’s Patrick Barclay noted that to Keown “every
second United were in possession constituted a personal affront.”

“All you can do is give them their chance and see if they can prove themselves,” Howe said. More than anything, the youth explosion was giving Arsenal fans hope.

Demoralising cup defeats to Luton and Aston Villa later in the season would return us to our normal state of mind, and Howe resigned in March.

Yet even during the frustrating end to our season, we had caught a glimpse of the future.

“I’m beginning to think something really good is happening,” Howe commented after the Old Trafford win.

And although he wasn’t around to see the job through, Howe’s contribution to Arsenal’s future success should not be undervalued.

It was Howe who gave the kids a chance, allowing them exposure to the rigours of top flight football.

The foundations for a glorious end to the decade had been laid.

This article first appeared in the current issue of the Gooner Fanzine. Buy it here