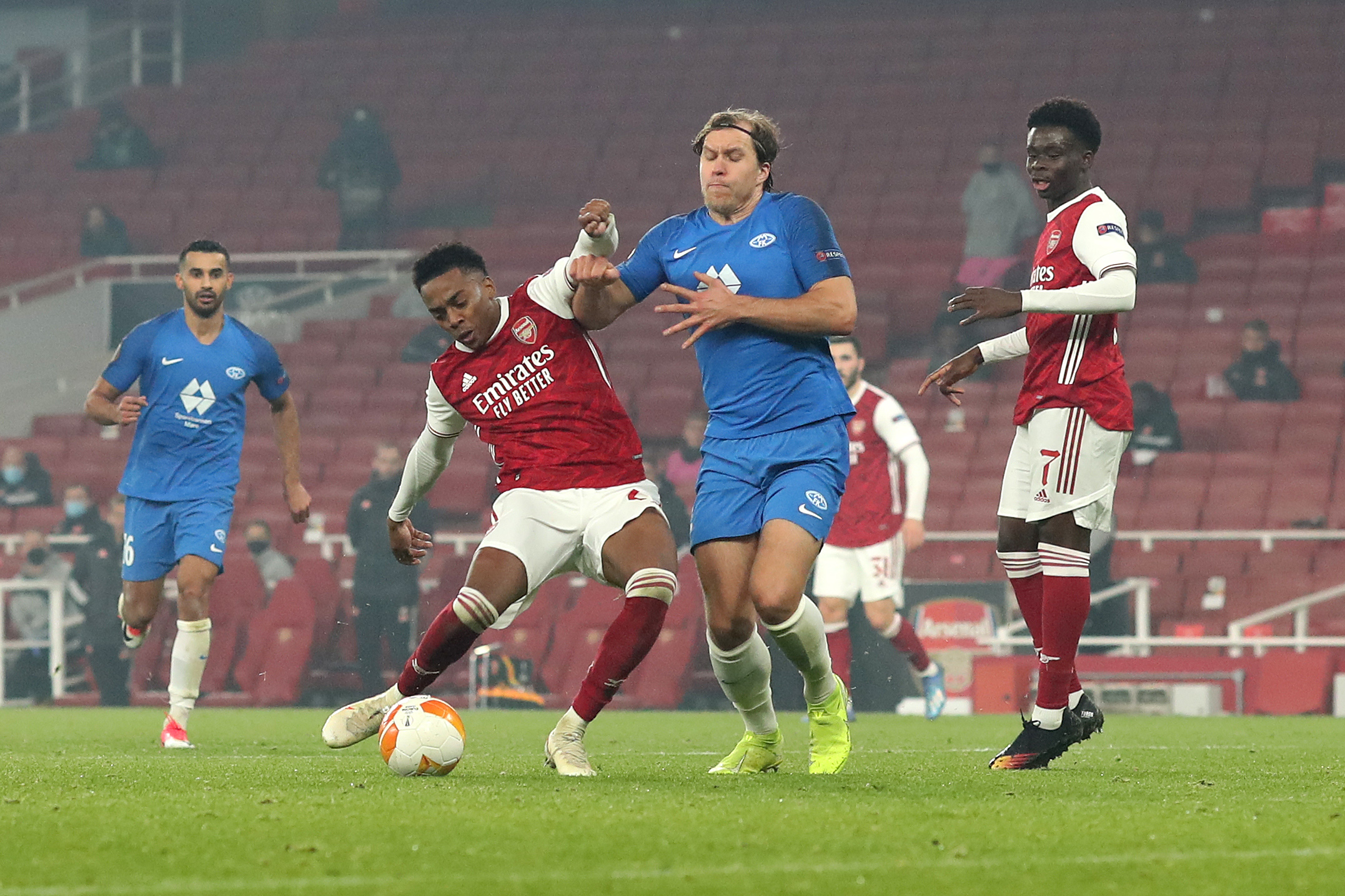 Bernd Leno - 5 - Had little to do, but he should have done better with Molde's goal. His long goal kick gave the ball away and he was caught on his heels for Ellingsen's strike. With Gooners still questioning the sale of Emi Martinez, the German cannot afford many more errors.

Shkodran Mustafi - 6 - Hardly troubled on a quiet night for the German.

David Luiz - 6.5 - Did his defensive work well and played out effectively from the back to keep Arsenal moving.

Granit Xhaka - 6 - A quiet night in his makeshift defensive role.

Ainsley Maitland-Niles - 6 - Not his finest display, but a solid enough display from the wing-back.

Sead Kolasinac - 4 - With Mikel Arteta's Arsenal moving in the right direction, Kolasinac has seemingly been left behind. The Bosnian simply doesn't have the quality to be a success at the Emirates, and don't get me started on that miss.

Dani Ceballos - 7 - Kept Arsenal ticking over nicely in the middle of the park with a confident and assured performance.

Joe Willock - 8.5 - Another impressive Europa League display from the youngster who posed a constant threat to the Molde defence and got the goal he deserved late on. He may have his detractors, but his drive, determination and dynamism offers Arsenal something they have so desperately lacked at times this season. He could soon be giving Mikel Arteta a real selection headache.

Nicolas Pepe - 7 - A goal and two assists for the £72m man, but he must now perform more consistently. Pepe has undoubted ability, he just needs to show it week in, week out rather than in flashes.

Willian - 4.5 - Capable of great things, but he hasn't shown that since his debut. Languid and frustrating before being hooked midway through the second half, he needs to show more. In the long-term, Arsenal may well regret handing the 32-year-old a three-year deal.

Eddie Nketiah - 6 - Worked hard and had a goal wrongly ruled out, but the youngster needs to offer more in his overall play. Nketiah is no doubt a fox in the box, but he must become more involved in the final third.

Bukayo Saka - 7.5 - Added the spark that Willian lacked and set up Pepe's goal with a pinpoint cross. Arsenal have a superstar in the making.

Mohamed Elneny - 7 - Added some much-needed energy late on and had a hand in Willock's late goal. He seems to be hell-bent on reviving his Arsenal career.

Kieran Tierney - 6 - Solid after coming on late in the game.