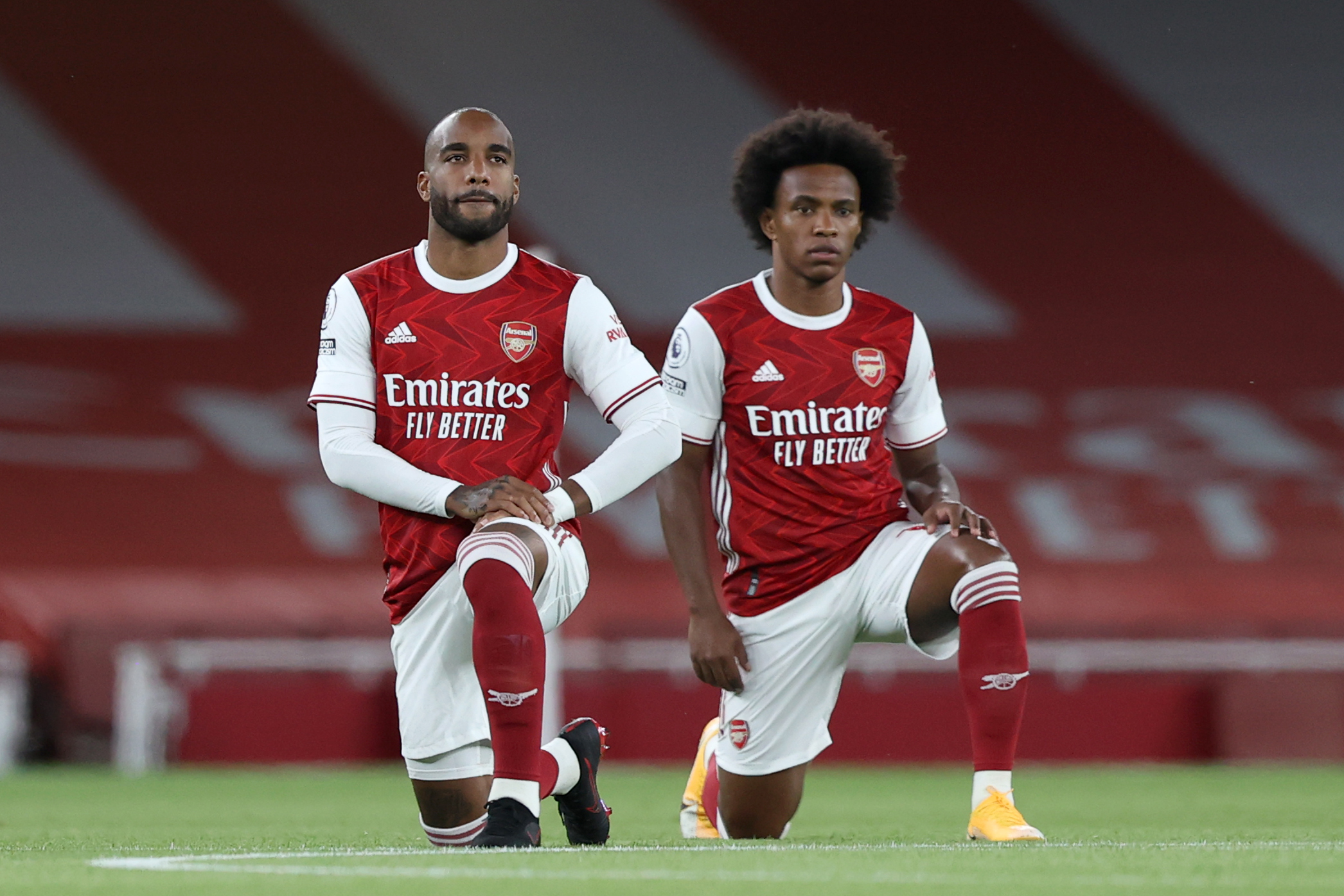 Bernd Leno - 5 - Made some fine saves to keep the score down, but he should be fuming with the men in front of him and rightly so.

Rob Holding - 2 - Villa - and Grealish in particular - ran the defender in rings in what was a shocking performance from the defender. He must improve fast if he wants to keep his place in the side.

Gabriel - 3 - Not the finest display from the Brazilian who has shown how good he can be in recent weeks. Left to defend on his own at times, he must demand more from those around him.

Kieran Tierney - 3 - Put the ball on a plate for Lacazette in the first half, but offered little other than that. The demanding Scot will be far from pleased with his performance and that of his team-mates.

Hector Bellerin - 2 - Apart from one driving run in the first half that caused problems he did not do enough on the right.

Bukayo Saka - 2 - An off day for the talented youngster, who offered little going forward and netted an own goal to give Villa the lead.

Mohamed Elneny - 2 - After a superb display at Old Trafford, the player that Arsenal fans had seen in the years previous returned. Failed to offer a cutting edge, never got a grip on the game and was overran as Villa marauded forward.

Thomas Partey - 6 - Offered drive and composure on the ball before going off injured at half-time. Mikel Arteta will be sweating over the Ghanian's fitness, while the midfielder will be wondering just quite what he's got himself into after watching the atrocious second-half display from the stands.

Willian - 1 - Hopeless. Useless. Anonymous. Take your pick. A truly woeful display from the winger who offered nothing in the 65 long minutes he was on the pitch. If his recent form is anything to go by, Arsenal's decision to offer yet another lengthy deal to a 30-something-year-old will come back to bite them.

Pierre-Emerick Aubameyang - 2 - Why when you have a golden boot winning striker on the pitch, would you leave him stranded on the left touchline? Arteta must play Aubameyang through the middle and improve the service to him. Fail to do that and Arsenal are going nowhere fast.

Alexandre Lacazette -1 - Rob Holding had more touches in the Aston Villa half. What more do you need to know? An anonymous display from the Frenchman who missed an easy chance to just before the break to level the game. Lacazette looks a shadow of the player he once was.

Dani Ceballos - 5 - Replaced Partey at the break and looked to drive Arsenal on, but got little help from those around him.

Eddie Nketiah - 3 - Failed to make an impact off the bench.