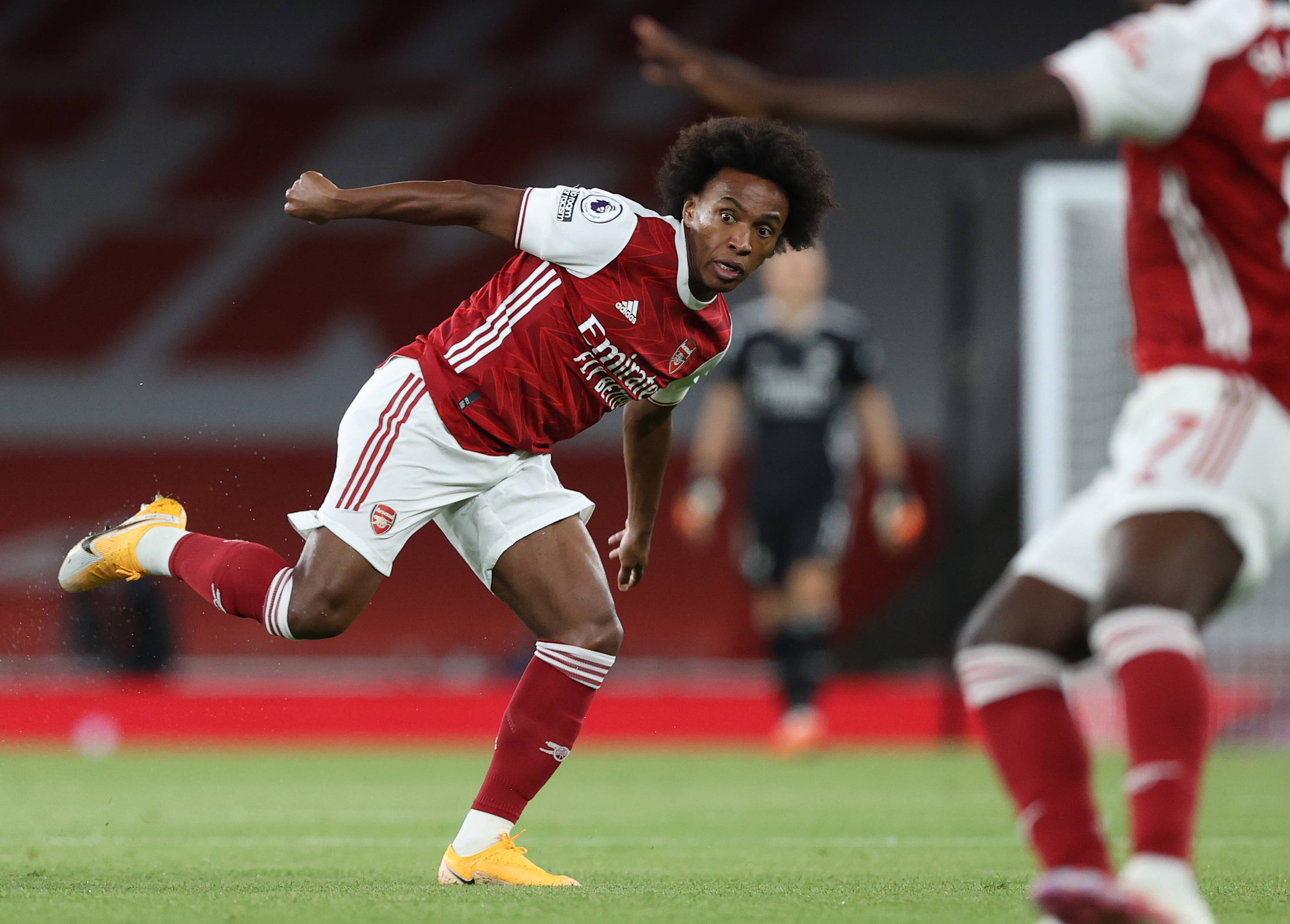 Eyebrows were raised when the 32-year-old penned a three-year deal at the Emirates that would earn him in excess of £100,000-a-week, with many questioning why he had been given a deal that would expire when he was 35.

The Gunners have been bitten before when it comes to offering ageing stars big money, with the club still feeling the impact of the £350,000-a-week contract given to the now-exiled Mesut Ozil in 2018.

There were certainly lessons to be learned from that debacle, but if Willian's early form is anything to go by, it looks like the same mistakes have been made all over again.

The Brazilian's free transfer from Chelsea drew praise from pundits over the summer - with Paul Merson describing him as an 'unbelievable signing' - and he started brightly with three assists in the opening day win over Fulham.

Things have gone downhill since though, with the former Shakhtar Donestk man putting in a string of anonymous performances, culminating with an utterly hopeless display against Aston Villa on Sunday.

Despite good numbers for Chelsea and a host of trophy wins during his seven-year spell at Stamford Bridge, Blues fans were happy to see the back of Willian despite losing him for nothing to a big-six rival.

That should tell you everything you need to know.

At 32, the Brazilian is likely to decline and if his lethargic, lifeless displays just eight games into his Arsenal career are anything to go by, the club could be in for a long three years of paying the big bucks to an underperforming player.

While fellow winger Nicolas Pepe has drawn criticism since his £72m move from Lille, at least he has plenty of room to improve at 25. Willian, on the other hand, is now on the wrong side of 30.

The ex-Chelsea man is to blame for his performances, but the decision to sign him up to a three-year deal falls solely on Arsenal and is a product of the recruitment upheaval that has taken place at the Emirates over the past three years.

During that time, the club has had three different leaders of recruitment with three entirely differing approaches. From Sven Mislintat's talent spotting preferences to Raul Sanllehi's contact-based methods and now Edu and Mikel Arteta at the reigns, there has been a struggle to find the best way to bring in players going forward.

Willian's signing was one of Sanllehi's final acts as head of football, and the contract rewarded to the winger - managed by an agent the Spaniard is believed have links to - highlights just how wrong his approach to transfer business was for Arsenal.

The Gunners need to find a recruitment process that works for them, and while the Edu and Arteta's captures of Gabriel Magalhaes and Thomas Partey have shown early promise, there is still work to be done in order to avoid rafts of dud signings that have been a hallmark of the club's business gone by.

Although there is time for Willian to turn things around, the early signs coupled with his age makes for pretty grim reading for the Gunners who could really do without the burden of another big name, big money, finance-draining player offering little to nothing on the pitch.