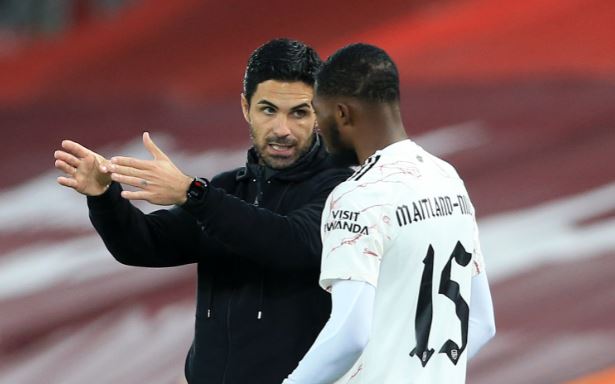 With four wins and four defeats from their eight games so far, the Gunners have been hampered by a lack of creativity and intensity.

Villa took full advantage at the Emirates, with a well-organised defence and willing runners easing them to victory. The concern for Arsenal is that very simple set up is all it takes to brush them aside.

A lack of dynamism and one-dimensional play has made Arteta's side far too easy to play against, and if those problems continue without a 'Plan B' it could be a long season for the club.

Arteta's switch to the 3-4-3 formation at the end of last season ensured an FA Cup triumph, but teams have now worked out how to get a handle on the system and nullify the threat of Pierre-Emerick Aubameyang, leaving Arsenal out of ideas and going nowhere fast.

Speaking of the FA Cup, with the tird round coming up in January, it might be a good time to check on the odds for Arsenal. Bet365 are offering a registration bonus code. It might be worth taking a look, if only to see what price the 2020 winners have slipped to, in light of their recent form.

Having not scored from open play in the Premier League for six hours and 26 minutes, the Gunners simply lack the ability to land the killer blow in the final third. Instead, they are up against the ropes, punch drunk and unable to fight back.

So how does Arteta go finding a 'Plan B' to fix his side's deficiencies? In the short-term, Arsenal's promising youngster could be the answer.

In their limited Europa League minutes, Reiss Nelson and Joe Willock have shown they can bring that much-needed creative spark.

Nelson is a handful for any defence with his pace and trickery, while Willock's willingness to run beyond the striker and ability to find space in the final third makes his inclusion in the matchday squad an essential.

The pair's talents would give Arsenal the chance to beat the low defensive blocks they have struggled against, rather than becoming bogged down in midfield without an answer.

But, Nelson and Willock are yet to play a single minute of Premier League football this season. Arteta simply must include them in the squad if he wants form to improve and creativity to increase.

Elsewhere, moving Bukayo Saka further forward could ease Arsenal's attacking issues. With 14 assists since the start of last season, the talented 19-year-old has proven he can provide the spark Arsenal need.

The inclusion of Eddie Nketiah in place of the out of sorts Alexandre Lacazette may also be a solution.

The Frenchman is often guilty of missing easy chances, while his tendency to drop deep leaves Arsenal short in attack when the ball is played into the final third. Nketiah prefers to run into space behind and do his work in and around the penalty area, talents that give Arsenal the chance to stretch teams - something they desperately need to do.

In the long-term, the return of Gabriel Martinelli from injury will provide Arteta with another talented attacking option, while January will give the Gunners the chance to add creativity in the transfer window and even allow them the opportunity to re-register Mesut Ozil in the Premier League squad.

For now, though, Arteta will have to work with what he's got as he continues his evolution as a manager. There are solutions to Arsenal's problems, it's just a case of finding a 'Plan B' that works. Fail to do so, and they risk continued mediocrity in the coming months.