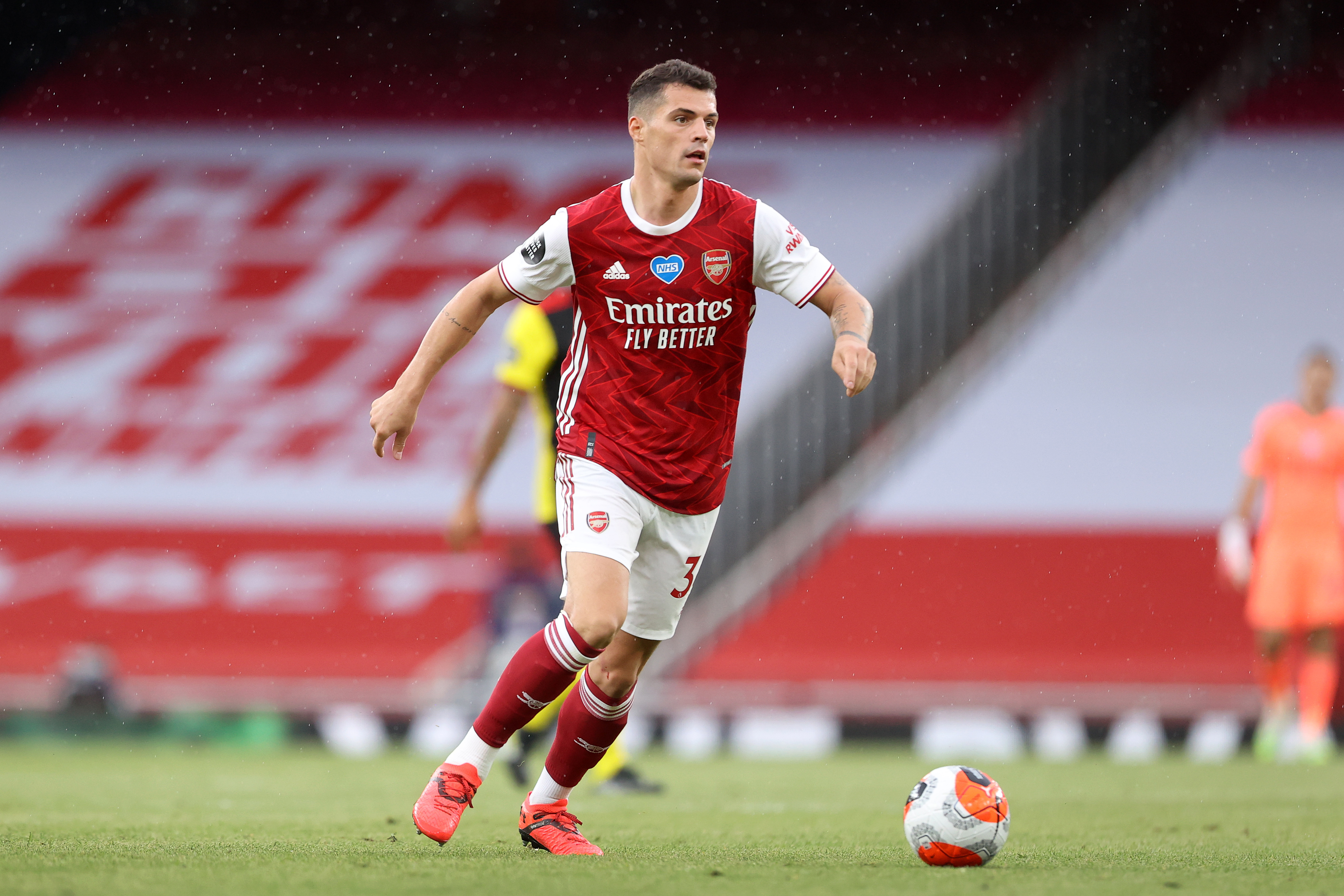 Granit Xhaka was the worst of a bad bunch. CREDIT: OFFSIDE

Bernd Leno - 3 - Should really have done more to prevent the second Wolves goal, and as for wearing the away kit, never again, please.

Hector Bellerin - 3 - He will be having nightmares about Podence and Neto for months to come. The Wolves pair were simply too hot to handle, and the Spaniard could do little to stop them. Bellerin did find himself in good attacking positions, but he was let down by those around him.

David Luiz - 1 - The head injury he suffered in his clash with Raul Jimenez early on clearly left him dazed and confused. Luiz looked as if he didn't know where he was as Wolves tore through Arsenal and he shouldn't have been on the pitch in his condition. Questions must be asked about why he wasn't taken off.

Gabriel - 6.5 - The only player to come away from the game with any real credit. Got Arsenal level with a towering header, but he will be fuming with his team-mates having been left to defend on his own time and time again.

Kieran Tierney - 2 - Much like his fellow full-back Bellerin, he couldn't handle Podence and Neto, while offering little to nothing going forward.

Dani Ceballos - 2 - Simply plodded along and offered nothing in the middle of the park as Wolves ran riot. His form from the end of last season has long been forgotten.

Granit Xhaka - 1 - A shocking performance in which he failed to gain any control, do his defence work and create anything from deep. As long as Xhaka is Arsenal's first-choice midfielder, the club are sadly condemned to mediocrity.

Joe Willock - 5 - Not his best display, but at least he looked busy and tried to make something happen in the second half while those around him laboured. He can't be expected to do it all on his own.

Willian - 2 - When Mikel Arteta talked about his non-negotiables, few expected he was talking about Willian. Despite his poor recent form the Brazilian started yet again, and what do you know, he was anonymous again. Although he crossed for Gabriel to equalise, that was his only contribution, both tonight and in the past two months.

Bukayo Saka - 2 - One of his worst performances in an Arsenal shirt. The usually bright youngster looked out of sorts as he failed to create anything of note in the final third.

Pierre-Emerick Aubameyang - 2 - Provided with little to no service and failed to take the limited chances he did get. His performance, like everyone else around him, simply isn't up to the expected standard.

Rob Holding - 5 - An okay display, and the result may have been different had he replaced Luiz sooner.

Reiss Nelson - 3.5 - Added a bit of spark, but ultimately did little to change the course of the game.

Alexandre Lacazette - 2 - Offered nothing off the bench.