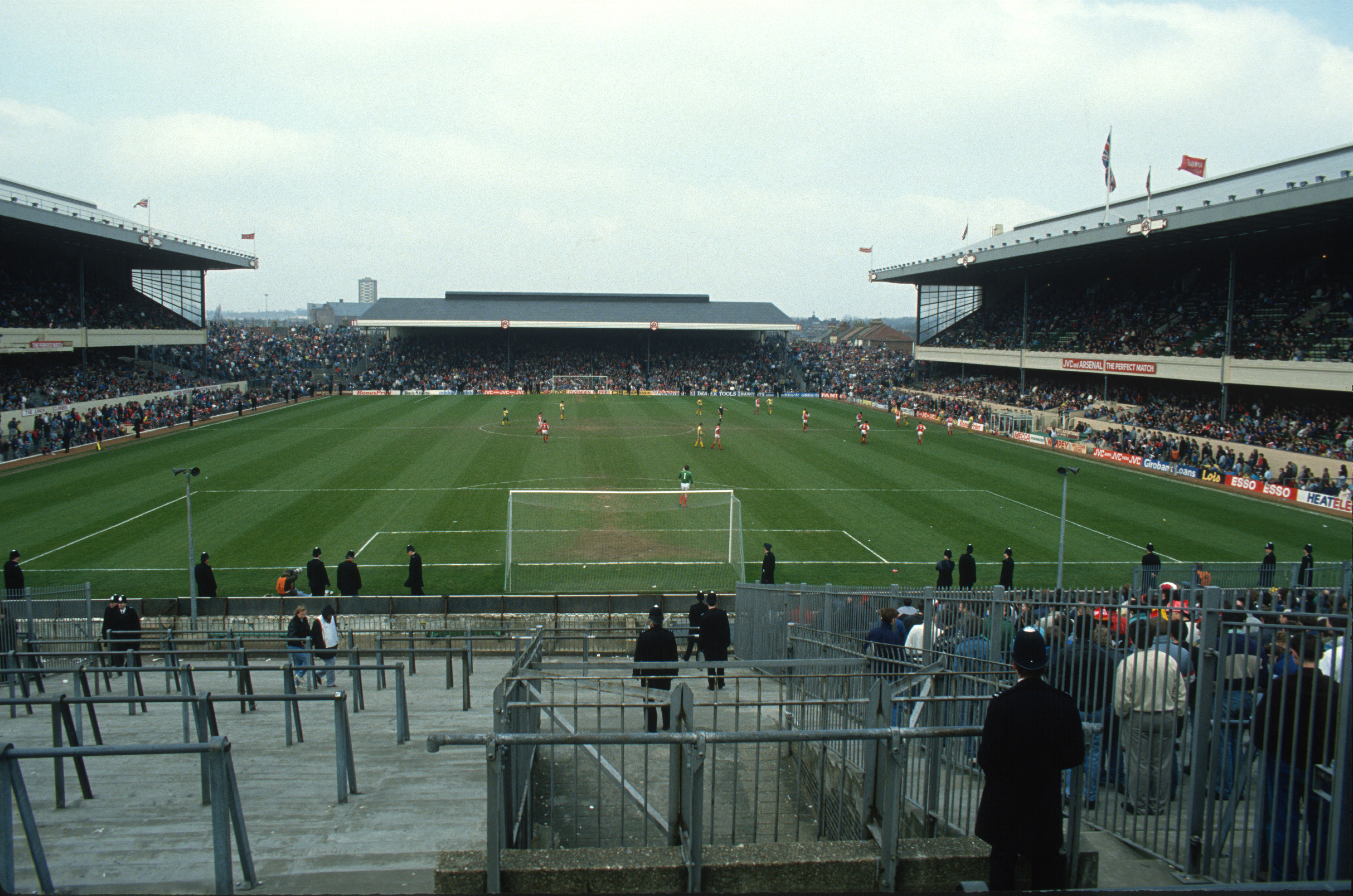 REWIND: Highbury in the 1980s. Buy the new issue of the Gooner Fanzine for Steve Nye's feature piece on dismal trips to watch Arsenal at Stamford Bridge in the 1980s

The briliant Steve Pye, a long-term contributor to the Gooner Fanzine and the writer behind That 1980s Blog, looks back at another poor start to the season by an Arsenal side.

Read on for Steve's REWIND piece on Arsenal's poor start to the 1981-82 season.

Arsenal's recent loss to Wolves condemned them to their worst start in the league since the opening ten matches of the 1981/82 season. Before the current campaign, the news of Pierre-Emerick Aubameyang renewing his contract was met with relief by Arsenal supporters. Back in 1981, the actions of their star centre forward was not as positive.

The summer of 1981 was tough for Arsenal fans. Losing Frank Stapleton to Manchester United for £900,000, manager Terry Neill had been linked with a number of centre forwards to replace the departing Irish international. Trevor Francis, Tony Woodcock and Justin Fashanu were amongst the names mentioned; none of these would arrive, although Woodcock did come a year later.

At least David O'Leary had signed a new contract, even if attempts to bring in Mark Lawrenson from Brighton failed. Little had changed in terms of personnel, but big news broke when the club agreed to a shirt sponsorship deal with Japanese electronics company JVC. "I was more against advertising and sponsorship than anyone," chairman Denis Hill-Wood explained. "I felt we could be losing a little bit of our identity, but I have been persuaded the other way."

The responsibility of filling Stapleton's boots would initially fall on the young shoulders of Brian McDermott, with the inexperienced Paul Vaessen and Raphael Meade also waiting in the wings. On such shoddy foundations, the poor start to Arsenal's season should have come as little surprise.

Without Stapleton up front, Arsenal looked toothless, as McDermott missed a couple of chances. Richie Barker marked his first match in charge at Stoke with a win, Adrian Heath and Lee Chapman a constant threat. The latter scored the winner and Neill would sign the young striker during the following summer. Chapman would be another to struggle in the search for a Stapleton replacement.

Arsenal's first home league defeat in 20 months left the Highbury crowd frustrated. "Arsenal were booed and slow-handclapped by their impatient fans," Nigel Clarke wrote in the Mirror. "The ones I felt sorry for were the season ticket holders who spent £600 for seats in the executive suite of the stand. Master coach Don Howe and Terry Neill have a lot of work to do."

A rare glimmer of light during the opening two months of the season, as first half goals from Brian Talbot and Alan Sunderland secured three points. West Brom would endure a tough league campaign after the departure of Ron Atkinson to Manchester United. It would take Arsenal until November to win another league match on the road.

McDermott would spurn a chance to give Arsenal the lead at Anfield, but as soon as Terry McDermott scored just before the break, there seemed little hope of Neill's team getting back into the match. "It is inevitable that Arsenal will miss the departed Stapleton," Patrick Barclay stated in the Guardian. "But in truth he could hardly have made a difference on Saturday because service to the strikers was not provided by a midfield hopelessly lacking width."

David Johnson's last minute sealed Liverpool's win, as Neill continued to search for solutions to the Stapleton shaped hole in his team and the lack of creativity in his team.

Linked with Woodcock once more, the news that Neill had signed striker John Hawley from Sunderland for £50,000 was never going to increase pulse rates in the Arsenal faithful. But prior to the Sunderland match, this was the reality.

A disappointing draw, against a Sunderland team that would struggle to stay up, continued the sticky start to the season. Sunderland put Arsenal ahead before Gary Rowell equalised. Two points dropped in the first campaign of three points for a win, as gates continued to fall.

Despite the rocky start to the league programme, Arsenal won impressively in Greece against Panathinaikos in the UEFA Cup. Goals from McDermott and debutant Meade provided optimism for then forthcoming trip to Elland Road. But stalemate followed against a poor Leeds team that would suffer relegation at the end of the season.

A first home win of the season, Talbot's 20th minute goal defeating an unambitious Birmingham City outfit. But it was clear that Arsenal fans were beginning to vote with their feet; the crowd of just 19,588 watched the home team dominate but fail to take their chances.

"Sponsored by a video company this season, it seems that their [Arsenal's] style is freeze-framed." Stephen Bierley's report in the Guardian was not a ringing endorsement. "There was a distinct whiff of mothballs about Arsenal's play." Damning with no praise at all.

A few bonuses in a dreary encounter. A crowd of 39,795 that included Pele and George Best; at least Stapleton did not score on his return, as Arsenal fans serenaded him all afternoon with chants relating to his greed; and midfielder Paul Davis put in an encouraging performance that pointed to a brighter future.

But one league goal since the West Brom win indicated where the problem sat. "It looks like being another long season at Highbury," David Lacey stated in the Guardian. "Laudable though Arsenal's refusal to spend millions of pounds on one or two players may be, the gaps left in their team by the departures of Brady and Stapleton are as stark as bomb sites in a terraced street. Already the weeds are starting to grow."

Completing the job in Europe by beating Panathinaikos 1-0 at Highbury, Arsenal were then landed a seemingly easy draw against Belgian part-timers Winterslag. Oh dear. But that particular setback was in the future. Shortly after progression in Europe, Arsenal returned to league action with a bump.

Hawley did score his first goal for the club. But two Notts County strikes in the last three minutes condemned Arsenal to yet another defeat. Three days later, fourth division Sheffield United won 1-0 at Bramall Lane in the first leg of the League Cup second round. Arsenal would overturn the deficit three weeks later, but the loss in Sheffield increased the pressure on Neill.

Linked with Steve Coppell and Andy Gray after the Sheffield United debacle, Neill continued to face questions about the lack of signings at the club. The 2-0 defeat in Wales did little to quieten the dissenting voices, as Arsenal once again looked impotent. Howe bemoaned the "Mickey Mouse newspapers" criticising him and Neill. But with the club hovering above the drop zone, answers were needed.

A 70th minute winner from the 19-year-old Meade gave Neill a bit of breathing space, although another league defeat at Ipswich a week later and the Winterslag embarrassment did little to help the besieged manager. But seemingly from nowhere, Arsenal then won six straight league matches, and the club would eventually recover from their bad start to secure fifth place and a spot in the UEFA Cup.

Another striker would arrive during Arsenal's revival in November 1981, but if the signing of Hawley did little to excite Arsenal fans, then the purchase of Ray Hankin from Vancouver Whitecaps was just plain baffling.

Although Arsenal did recover from their poor start, the early signs of a decline post Brady and Stapleton were evident; the difficulty faced in replacing his Irish stars planted the seeds of Neill's demise. The clock had started ticking.

This article first appeared in That 1980s Sports Blog. Read it here