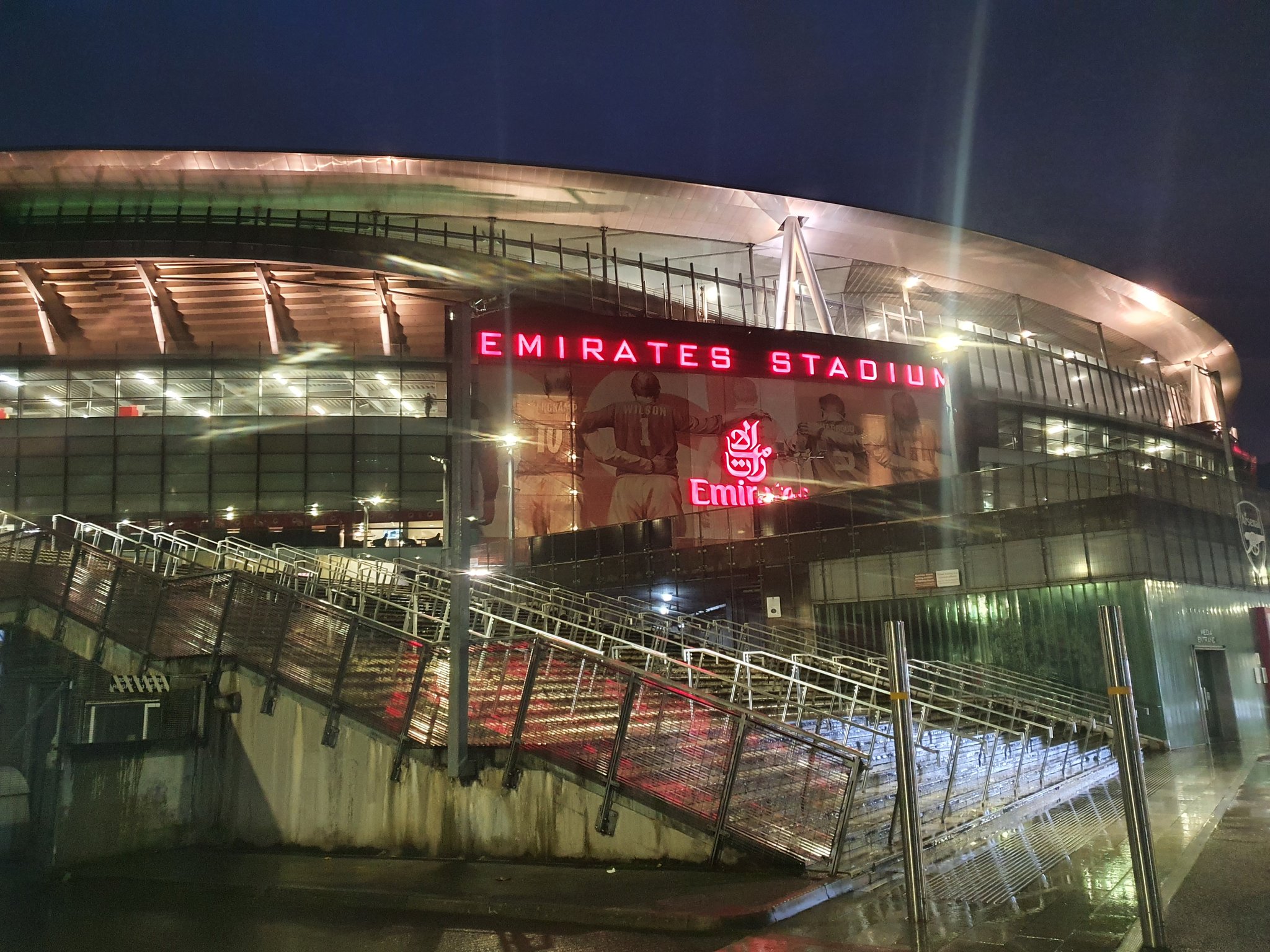 In the next - and, for the time being, final - feature on our series about Arsenal supporters returning to the Emirates, here's loyal, long-standing Gooner Jon Blair with his must-read piece: Sunday Night at The Emirates...

It was all going to be so different …..starting with the opening paragraph of this piece.

That was going to be: “I saw John Jensen score in 1994 and I saw Tony Adams score THAT goal in 1998. I was there for Wenger’s first game…and his last. And I was there too for the last game at Highbury when Thierry Henry scored a hat trick and we scraped through to the Champions League, edging Spurs out as an added bonus.

Oh, and I was there when Nayim scored from the half way line in 1995, but the less said about that the better, as well as when Sol Campbell scored in Paris in 2006 and gave us a moment of hope even though Lehmann had been sent off, only for us to eventually lose 2-1.

And I was there when 2,000 spectators were welcomed back for the first time after nine months into the Emirates for a league game which saw Auba score a magnificent hat-trick, putting to bed all those doubts about his new contract and the goal drought that had followed.

To misquote The Terminator “We’re back”

Oh well, it didn’t quite work out like that did it, and here we are still down at 15th in the worst start to the season since, oh f***, who cares.

So, putting aside my Trumpian alternative reality, what was it like for this fan at the stadium last Sunday?

Easy to answer really in one word –“Weird”.

I am on the train at Kings Cross just an hour before kick off and there is no crowd obviously making their way to football. No chants of “Who do we hate…?” No away supporters, nothing. In fact it’s just like a normal evening with commuters and shoppers going home.

Then at Arsenal station it is even more eerie. Surely some of the few people making their way up the slope to the ticket machines must be amongst the lucky 2,000 but you wouldn’t guess it from the absence of scarves or replica kit or anything at all signifying they are going to a game.

It isn’t just weird, it feels kind of empty. But I am excited.

Back at the home of football after nine months.

It's football but not as we know it

Half way across the north bridge there’s an open sided marquee where they check your ID against the track and trace form you have sent back promising you don’t have a temperature, haven’t got Covid symptoms and are generally up for the game.

Well it wouldn’t be hard to be any less up for the game than the team turns out to be. Ok, that’s a cheap and actually not totally accurate shot.

Assuming you have passed scrutiny on the bridge, then once you have crossed the empty desert that is the concourse its pretty much things as normal until you are through the turnstiles to be greeted by a bunch of stewards clapping you in.

There’s no alcohol but you can still buy the over-priced snacks, pies and hot drinks. No special treatment for us there then.

But there we are, the “lucky” 2,000”, spread across the lower east stand, suitably socially distanced, trying to make our presence felt, trying to ignore the cold driving rain out on the pitch, trying to believe that it is all going to be different now, trying to ignore the shit football being played by our lads in the first half, trying not to dream when we are distinctly better in the second half, and then like a bad dream you could or should have predicted as you dozed off after watching Nightmare on Elm Street for the umpteenth time, but which you couldn’t have made up if you had tried, that brainless ****wit Swiss midfielder, whose name I wouldn’t sully this fanzine with, has his hands round the throat of Ashley Westwood.

“Overstepped the line” said Arteta afterwards. You’re not kidding! And it only gets worse, though not as bad as it could have been what with Elneny tempting fate in our box for which he only got a yellow, while God only knows how it wasn’t a red.

But at least Auba broke his scoring drought didn’t he? Oh, it was in the wrong net wasn’t it? I forgot.

But there is one silver lining from London moving into Tier 3. I didn’t feel obligated to go and watch a similar pile of pooh on Wednesday night against Southampton, even though I got tickets in that lottery too.

We love you Arsenal

But do I still love the club? Of course I do.

Would I be back in a trice if my name came up in the lottery for tickets again?

Absolutely. But I am an Arsenal fan aren’t I, so my job is to moan about our terrible form while deep down hoping, always hoping.

It’s the hope that kills you.