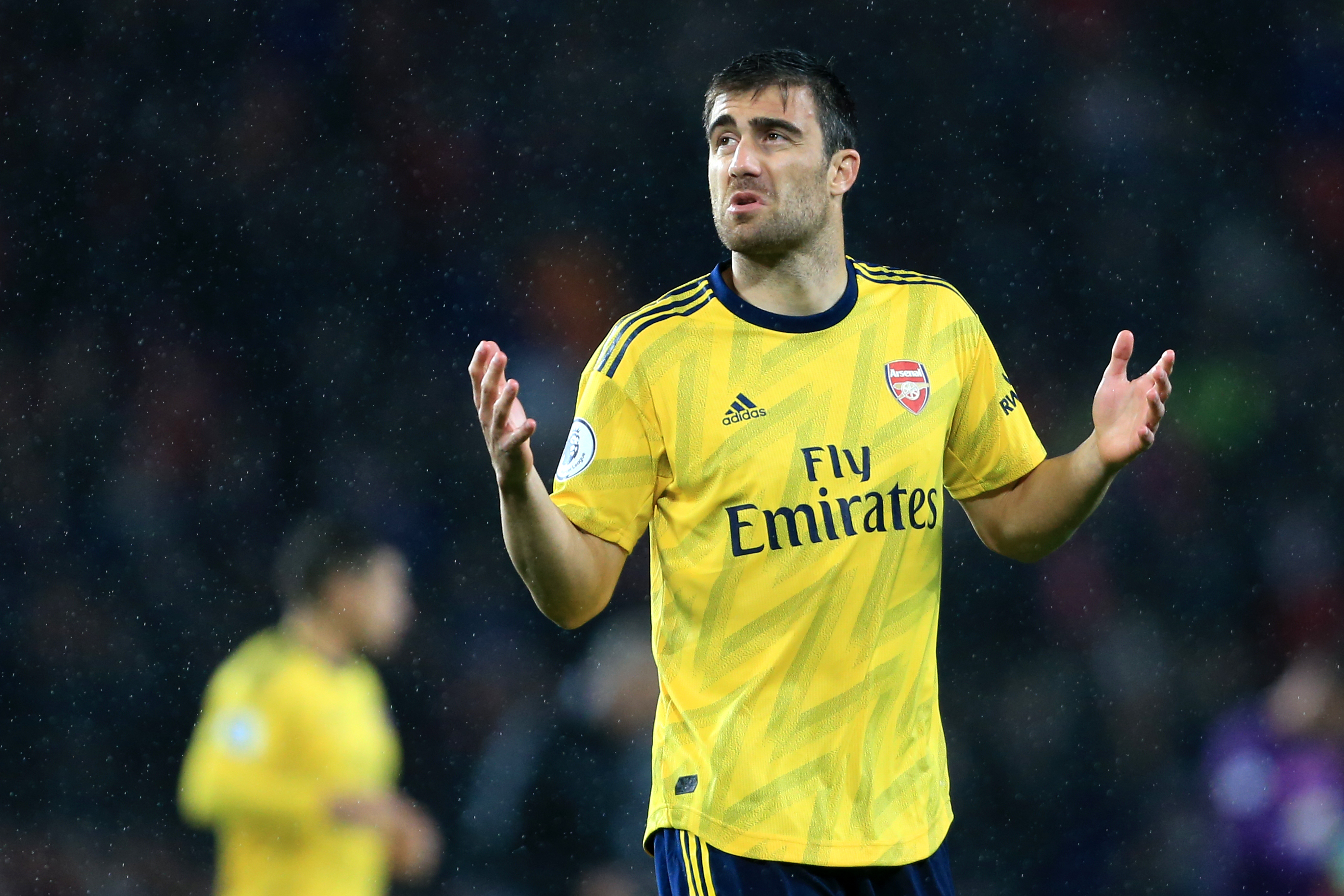 Sokratis is set to leave Arsenal on a free transfer

Arsenal defender Sokratis has been heavily linked with a move to Napoli on a free transfer January.

The 32-year-old centre-back has not been included in the Gunners Premier League and Europa League squads this season in a troubled campaign under Mikel Arteta.

The Greek international, who signed for the north Londoners in a £17m deal from Bundesliga giants Borussia Dortmund in 2018, requires first team action after being frozen out this term.

According to reports coming out of Turkey, Sokratis is being courted by Napoli.

Turkish journalist Ekrem Konour has said Arsenal will allow Sokratis to leave on a free transfer in January, with representatives of the player in contact with the Serie A club.

Napoli head coach - and former Italy 2006 World Cup winner - Gennaro Gattuso wants to draft in an experienced centre-back, in a bid to fill a slot that will be caused by the impending departure of the highly-rated Kalidou Koulibaly.

With the Neapolitans in dire financial straits, the Stadio San Paolo outfit are on the verge of a fire sale to raise funds to stay afloat -  following reports claiming staff at the southern Italian club have not been paid since the summer due to the Covid crisis.

With Liverpool closely monitoring Koulibaly as a replacement for the injured Virgil Van Dijk, Sokratis would be the ideal draft for Gattuso’s Napoli, with many still recalling the Greek’s excellent performance in the Arsenal backline when Unai Emery’s Gunners won 1-0 in Naples in the Europa League quarter-finals back in 2019.

Sokratis won an FA Cup winners medal when he came on as a late substitute when Arsenal clinched the trophy after beating Chelsea 2-1 in the Wembley showpiece final in August.

The Gooner monitored the form of Soktratis earlier this month when he appeared as an over-age player for Arsenal U21s during their 3-0 defeat by AFC Wimbledon at Plough Lane in the Papa John’s Trophy.

While it is clear that the Greek international needs to regain match fitness, he would still be a valuable addition to a Napoli side at the business end of Serie A.

Nub News is changing the face of journalism