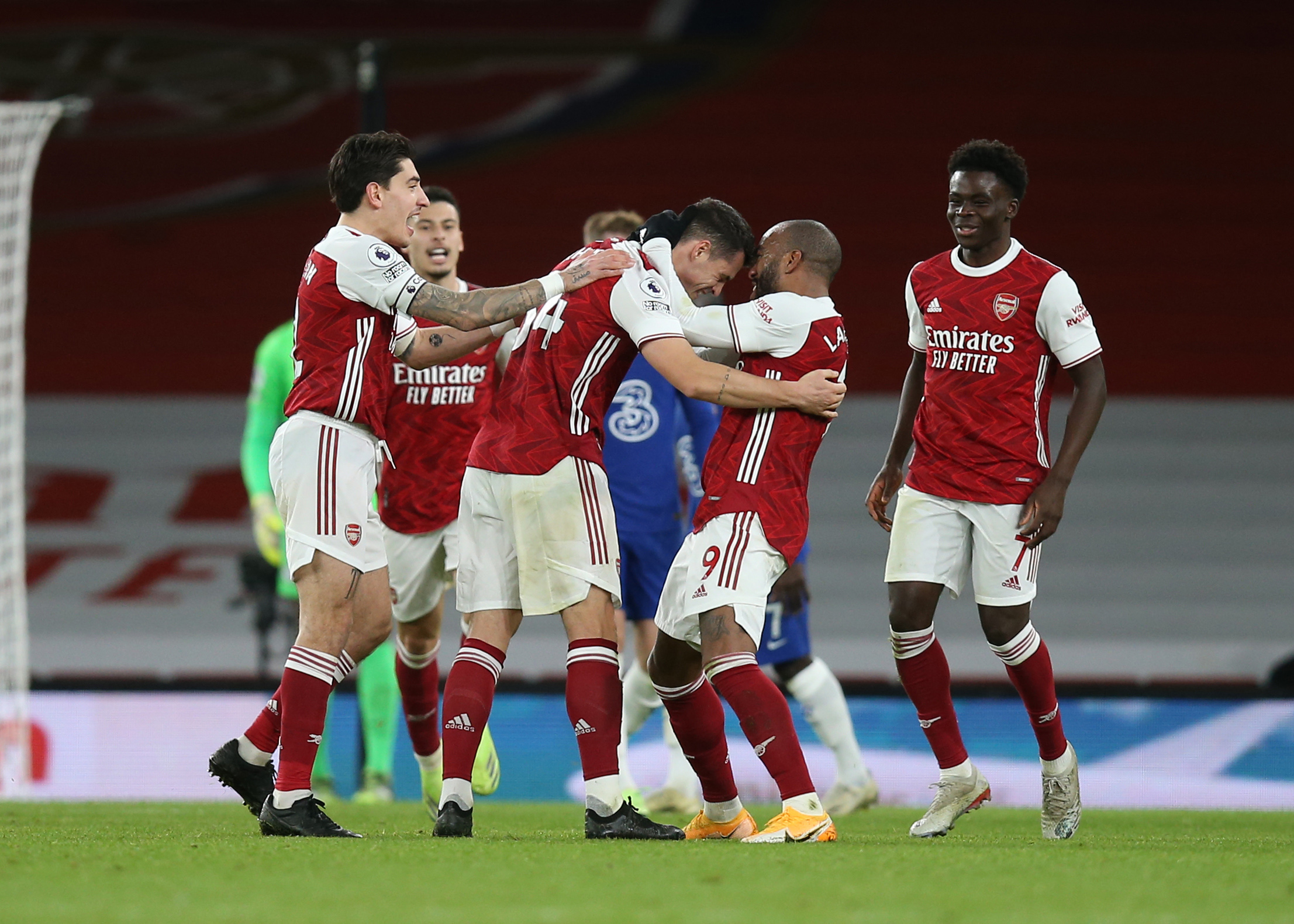 Mikel Arteta and his team left one present under the Christmas tree which Arsenal fans saw gleefully unwrapped at the Emirates on Boxing Day.

The pessimism evident in fans on social media ahead of the game was reflected in the betting markets, where Chelsea went odds-on due to team news. The bookmakers don’t always get things right and the Arsenal enforced absences actually produced a team that most Gooners were clamouring for.

Many times in this very column I’d called for the ditching of the likes of Willian and Luiz, with a chance for the youth.

Although my foresight didn’t extend to chancing it for this game. I probably gave Chelsea a little too much respect and admit that my feeling for this game was one last chance for the old guard.

Although inspection of Chelsea’s form before this match showed they had struggled against the better teams already this season.

For good reason I just didn’t have us in that bracket. While we have to be careful not to get carried away, I think it’s harsh of some commentators to say that the boss just stumbled on this line up rather than intending to give the youngsters a chance.

While I do think Willian and Luiz would have been included if fit, there were still other options open to Arteta and he went with Emile Smith-Rowe and played a formation that allowed our full-backs to get forward. He deserves some credit for that.

Smith-Rowe had a good, rather than outstanding, game.

Just his very presence in that role was something different. He tried stuff, he kept Chelsea honest and didn’t give them a moment of peace. Coupled with Gabriel Martinelli, Bukayo Saka and an industrious Alex Lacazette all we had to do was add a sprinkle of luck – something that has definitely eluded us this season.

We’ve had a enough bad decisions against us in recent weeks that we shouldn’t feel too bad that the opening goal came from a penalty that probably wasn’t. Up to that point in the game Chelsea had only had a small window where they’d had more possession but very few chances. Either side of that we looked the most likely to break the deadlock.

It’s amazing how certain players can dictate the attitude around them. Lacazette thrived off the fact he had young willing participants in attacks. Bellerin and Tierney also knew that overlapping runs wouldn’t be wasted on the outside of those attackers.

Midfield has certainly been a problem for a long while. Granit Xhaka is still polarising opinion inside and outside of our fanbase. He struck a wonderful free-kick to put us two ahead, a discipline in which he actually has a fine strike rate.

What should be highlighted is that whenever we play a ‘ten’ Xhaka can focus on the parts of the game that he’s good at. I honestly don’t think it’s his ability which is in question here, it’s attitude and application that’s up for debate.

If Xhaka, or indeed Elneny are to find a place in the future of this team then it’s best we don’t give them the burden of being creative.

When we needed to close the game down as they helped out the makeshift centre-back pairing of Mari and Holding we actually looked as solid as in the mid-Arteta era when we put defence before attack.

We did have a shaky period at the end of the game when Chelsea found the net and then missed a penalty. I though Bellerin was at fault for the goal we conceded, even though the onside margin was minimal he lost Abraham twice before the ball was in our net. He needs to be stronger and more aware of his defensive responsibilities, but was very good in other areas of the pitch.

Sky had Saka as their man of the match and I have to wholeheartedly agree, he has such an amazing attitude for one so young. He topped off his performance with a superb goal. Talking of attitude, I was pleased to see a player like Martinelli still pushing himself when we were 3-0 up, that passion does mean so much on top of his ability. Hopefully seeing that also lit a fire under Aubameyang for his return to the team.

I think we can all now picture the kind of first XI we want to be lining up in games, but patience may need to be there over this busy period where matches come every few days. Willian and Luiz might need to help us alleviate any fatigue in coming days (once they’re allowed to play).

We now have four relatively easy fixtures where we can put a nice little run together rather than this match being the outlier.

In the next few weeks we’re going to find out if it was a one-off against a poor Chelsea side or the catalyst for a great revival out of the embers of a dying season, let’s hope it’s the latter!