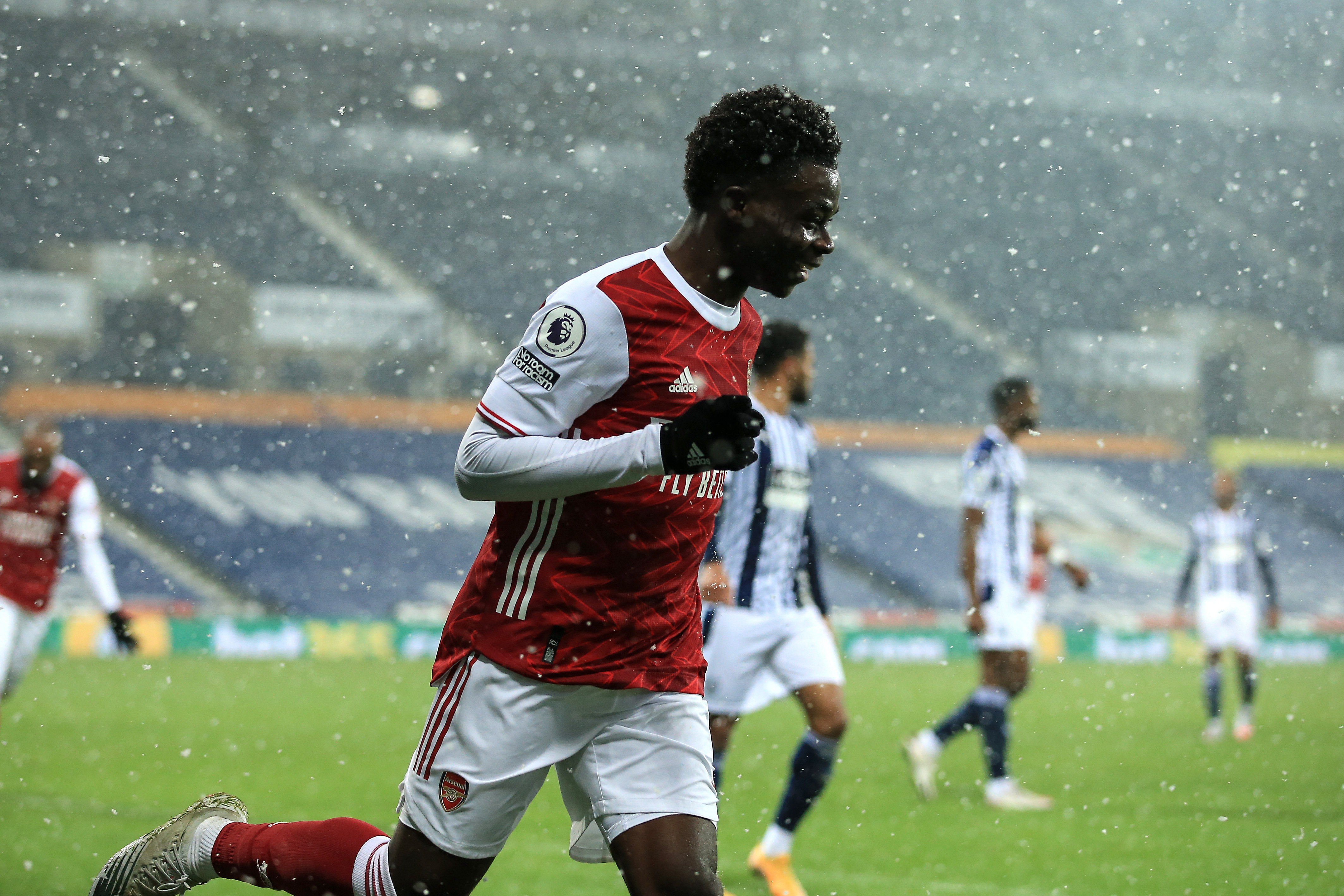 Bernd Leno - 7.5 - Had very little to do on a chilly night in the Midlands, but he will be pleased to secure back-to-back clean sheets following the shutout at Brighton.

Hector Bellerin - 7 - Did his defensive work well and dovetailed nicely down the right with Saka and Smith Rowe, but his delivery when in promising areas left a lot of be desired, often picking out the gloves of Sam Johnstone rather than a team-mate in the middle.

Rob Holding - 7.5 - Dominant and assured display at the back on what turned out to be a relatively quiet night for Holding. If he continues his good form, he will certainly have earned the new long-term deal Arsenal are rumoured to be offering him soon.

Pablo Mari - 7 - Mikel Arteta seems to have found his best central defensive pairing, with the confident and assured Mari putting in another solid performance alongside Holding.

Kieran Tierney - 9.5 - The Scots best performance in an Arsenal shirt. The defender scored a superb opener to put his side ahead and then served up the fourth goal on a plate with a delightful cross, all while wearing short sleeves in the snow. Tierney continues to build his cult hero status among the Gunners faithful.

Granit Xhaka - 7.5 - A calm and composed performance at the base of midfield allowed Arsenal to control the game, but he must now produce that kind of display on a regular basis.

Dani Ceballos - 7.5 - Energetic and lively throughout, he kept the Gunners ticking over and always tried to play forward, something that should give him the edge over Mohamed Elneny is their ongoing battle for a starting spot.

Bukayo Saka - 9 - The youngster has been a shining light this season and he was at his brilliant best at The Hawthorns. Saka caused problems every time he went forward, with West Brom simply unable to deal with clever movement and smart link play. He capped off his performance by finishing off a sublime team move.

Emile Smith Rowe - 8.5 - Arteta has found the missing piece of his Arsenal jigsaw. Smith Rowe has been a revelation since coming into the team, and he shone again against the Baggies. Always picking the right piece, finding space in the final third and linking everything together, it appears Arsenal have another Hale End diamond on their hands.

Pierre-Emerick Aubameyang - 6.5 - A quiet display from the skipper while those around him shone, he just seems off the pace at the moment while his poor run in front of goal will be a major concern for Arteta.

Alexandre Lacazette - 8.5 - With five goals in his last four games, the Frenchman seems to have rediscovered the form that won him Arsenal's player of the season in 2018/19. Lacazette's work ethic and linking play have always earned him plaudits, but he must now continue his form in front of goal if the Gunners are to achieve anything this season.

Ainsley Maitland-Niles - 6.5 - Did okay after coming on, but failed to offer as much as Bellerin did going forward.

Willian - 6 - A decent enough performance off the bench.