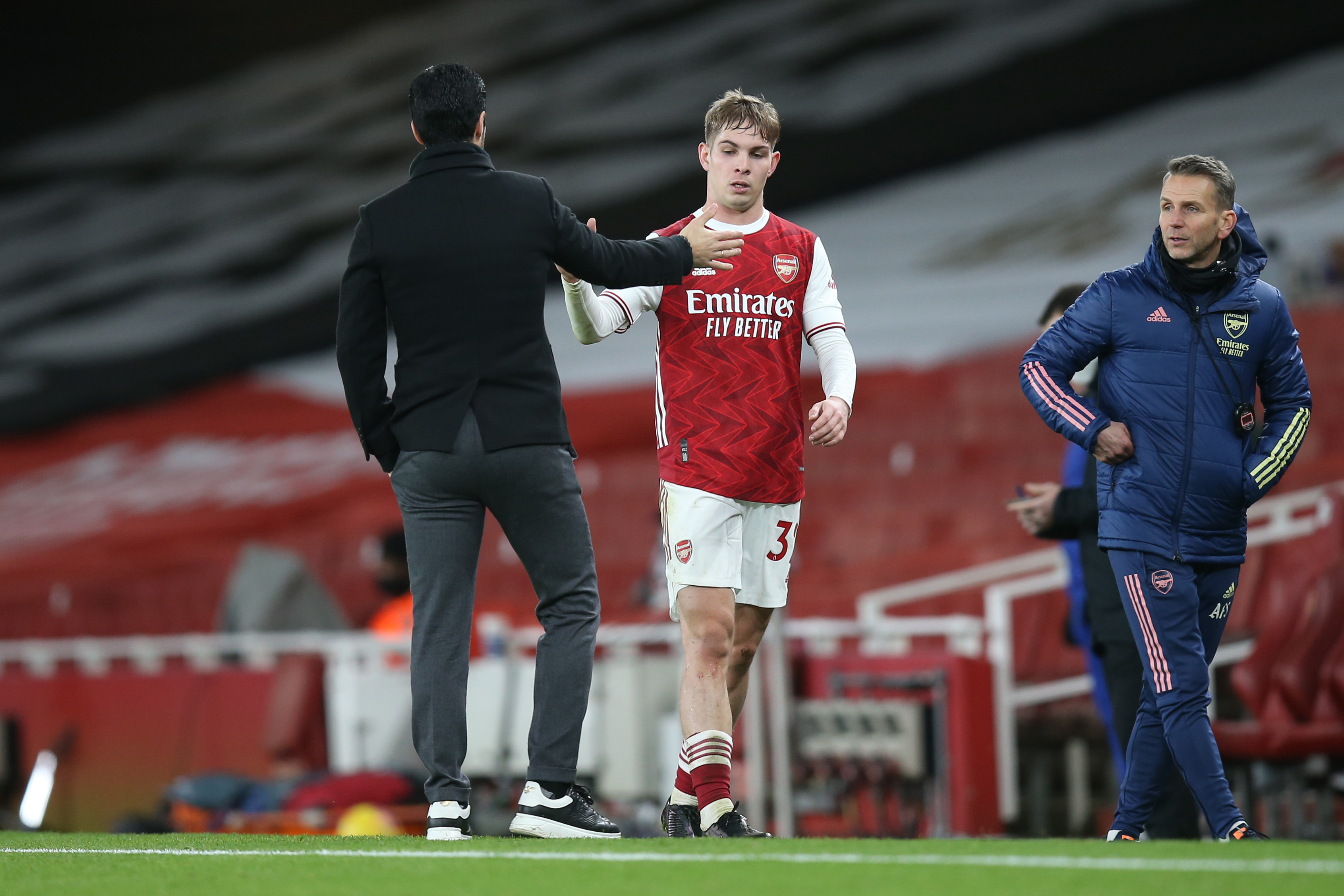 Since his surprise inclusion against Chelsea on Boxing Day, Smith Rowe has been making the side tick. Fine displays against the Blues and then Brighton drew praise, but his all-action performance against West Brom was his finest to date.

It looks as if Arteta has finally found the player he so desperately needed.

Even in the club's darkest days over the past few months, the youngsters provided a shining light and hope for the future. But, with the likes of Smith Rowe, Bukayo Saka and Gabriel Martinelli leading the turnaround of Arsenal's season, the future is very much now.

There had been calls for Mesut Ozil to return to the team and rumours that Real Madrid's Isco was being targetted to solve the creativity problems, and while both may still happen, they should be as alternatives to Smith Rowe rather than replacements.

With an exciting young manager and players, it's time the Gunners looked forward instead of back.

I was lucky enough to glimpse the future back in March 2018 when I reported on Arsenal U18's FA Youth Cup quarter-final against Colchester. Kwame Ampadu's young guns cruised to a 5-1 victory, with Smith Rowe and Saka both on the scoresheet.

I left Essex convinced both would be stars, and they are quickly proving me right.

What made Smith Rowe stand out was the purpose and determination he played with. The Croydon-born playmaker was always on the move, never standing still to admire a pass as he looked to drive the side forward.

These qualities were clear for all to see in Arsenal's second goal against West Brom, and they have made him the difference-maker for Arteta's men over the festive period, picking up two assists in three games.

While his importance cannot be understated, care must be taken with 20-year-old.

The past 18 months have seen the likes of Saka and Martinelli establish themselves as key players at the Emirates, but a string of injuries has limited Smith Rowe's opportunities. His current form may have made him undroppable, but he must be handled with care to avoid further fitness issues.

For now though, he is fit and in form. While this is the case he has to remain in the team.
Smith Rowe is not just a star in the making, but he is the difference-maker for this Arsenal side, the missing of Arteta's Gunners puzzle.