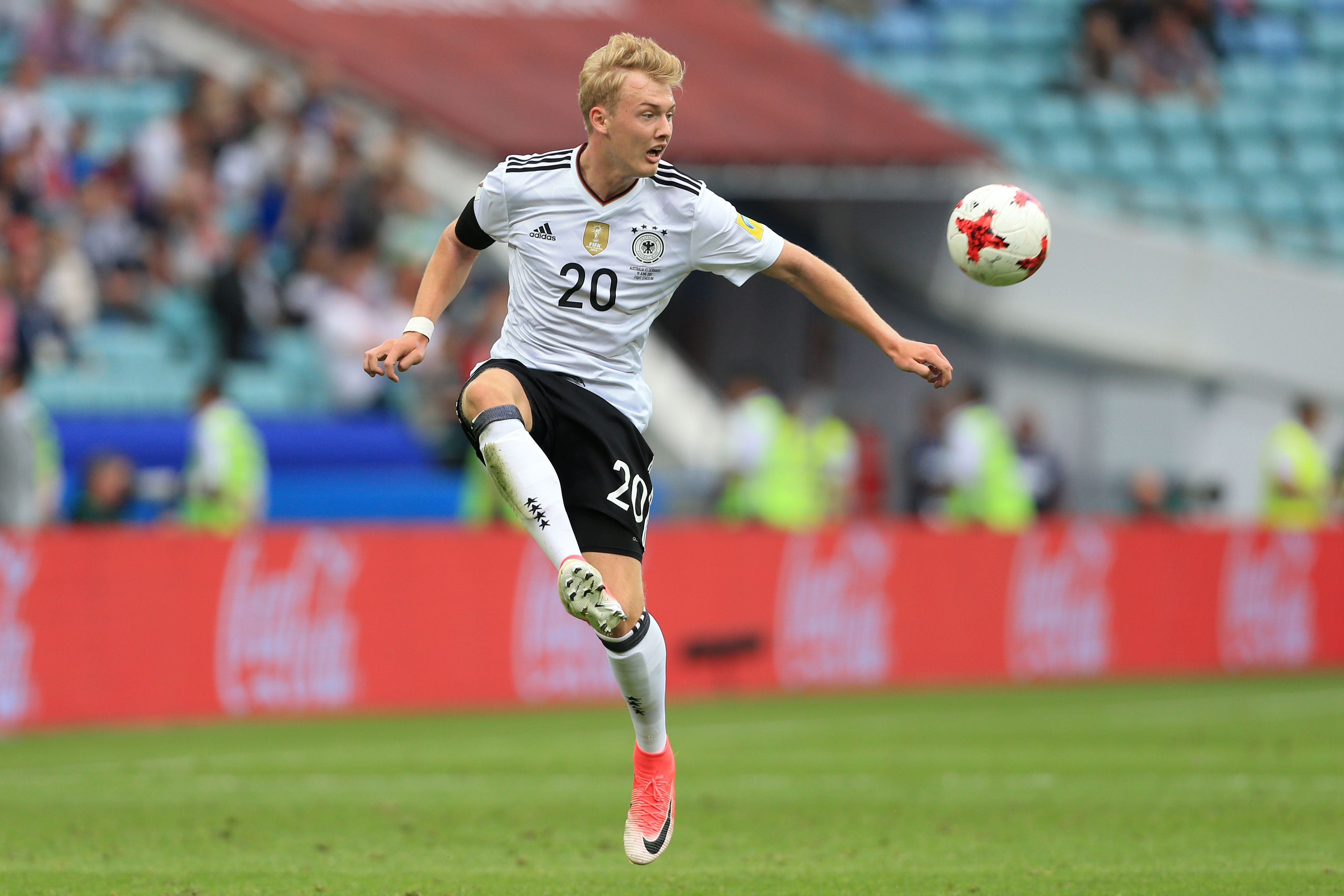 Julian Brandt is a target for Arsenal this month. CREDIT: OFFSIDE

Arsenal could land Borussia Dortmund's Julian Brandt this month after the German giants named their price for the playmaker.

According to Football.London, Dortmund are willing to cash on the 24-year-old and are demanding a fee of just £22.5m.

Brandt is one of a number of players being targetted by the Gunners as Mikel Arteta looks to add more creativity to his side, with Norwich City's Emi Buendia also on the club's radar.

Speaking about the German's future earlier last month, Dortmund chief Michael Zorc told Bild: "My years of activity have taught me that I don’t rule anything out at the beginning of a transfer period."

Brandt impressed at the Westfalenstadion last season after joining from Bayer Leverkusen, scoring seven goals and assisting 13 in 42 appearances across all competitions, but he has struggled to make an impact this campaign.

Arsenal defender William Saliba has joined Nice on loan until the end of the season.

The 19-year-old moves to Ligue 1 for the rest of the season, with the deal not including an option to buy at the end of the season.

Gunners technical director Edu said: “William Saliba is a player with a huge amount of talent and potential. We’re confident he will have a great career with us but we must remember that he is still only 19 years old and has a lot of time ahead of him.

"William experienced a very challenging time last year, with his playing time limited by injury and the early ending of the Ligue 1 season due to the pandemic.

"So together with William, we have decided that spending the rest of the season on loan with Nice is the best way for him to develop. We will be keeping in close contact with William during his time with Nice and look forward to seeing him make good progress until the end of the season.”

Arsenal are interested in Villarreal defender Pau Torres, but the Gunners could face competition from Real Madrid for his signature.

According to Spanish outlet Marca, both sides will battle it out to sign the talented 22-year-old, with Arteta eyeing defensive reinforcements while Real believe Torres can be the man to replace talismanic captain Sergio Ramos.

The defender has a release clause of €50m in his contract, but the reports claim he would prefer a move to the Spanish capital.