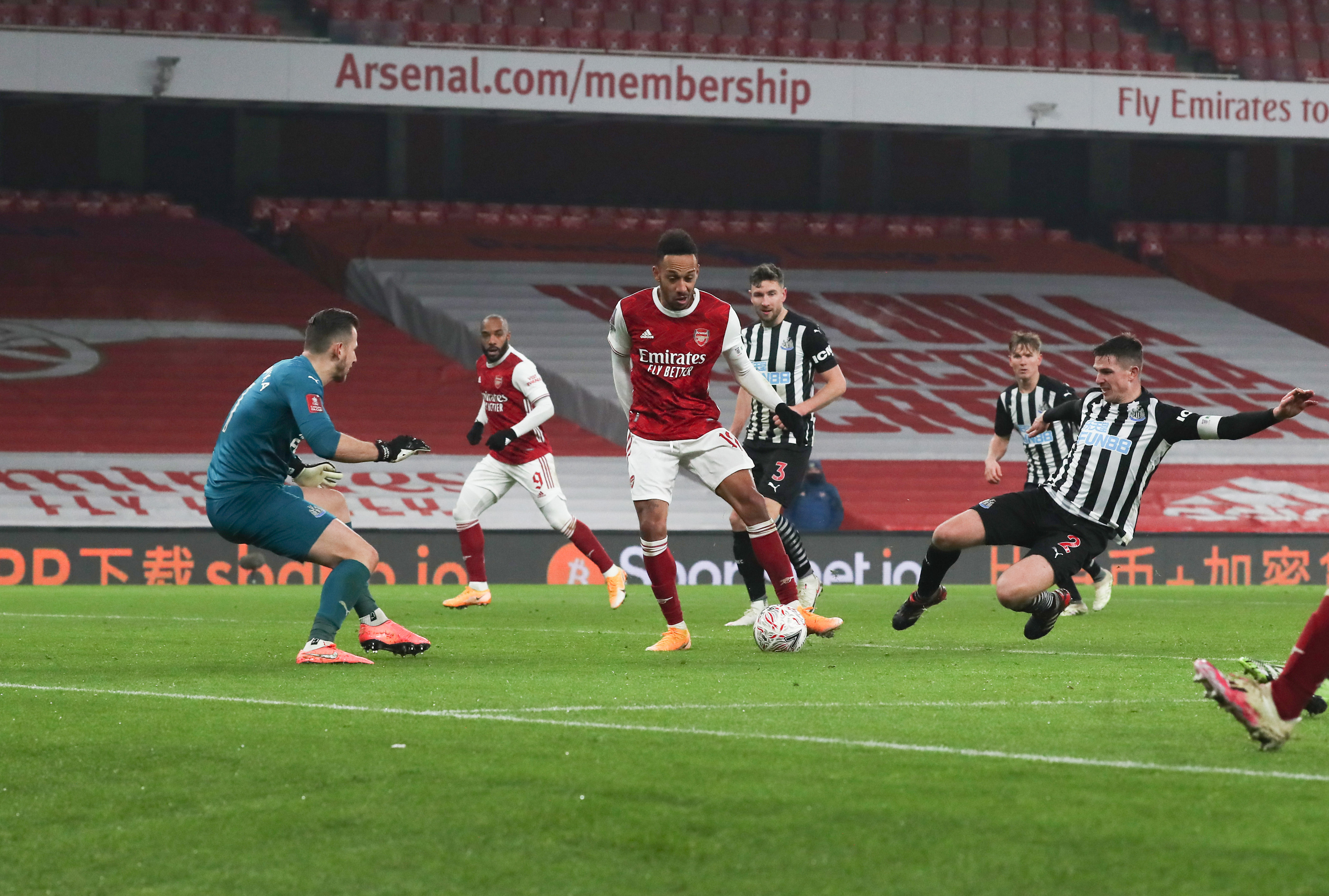 Bernd Leno - 9 - Arsenal have the German goalkeeper to thank for their place in the next round. Leno was relatively untroubled for most of the first half, but as Newcastle became more adventurous he was tested, culminating in a superb double save in the final seconds of normal time.

Cedric Soares - 3 - If you want an idea how wrong Arsenal get their transfer business sometimes, Cedric Soares was given a four-year deal at the club. The full-back simply isn't good enough for the Gunners.

David Luiz - 8 - An impressive display for the returning Brazilian who marshalled the backline brilliant using his wealth of experience.

Pablo Mari - 7.5 - Another calm and composed performance from the Spaniard who is becoming a reliable figure at the back for Mikel Arteta. The defender dealt with the aerial threat of Andy Carroll superbly.

Kieran Tierney - 8.5 - Proved to be Arsenal's main attacking outlet with his marauding runs down the left, and he would have been left furious with his team-mates who failed to get on the end of his inviting crosses. Thankfully, Aubameyang finally converted one to seal the victory.

Mohamed Elneny - 4.5 - His energy may be an asset to this Gunners side, but if the club has any ambition, they cannot rely on the Egyptian long-term. Elneny simply doesn't have the quality required to help Arsenal back to where they want to be.

Joe Willock - 5 - Tried to drive forward and have an impact on the game, but he was let down by his touch and technique far too often. Willock must take the chances he is given with fellow Hale End graduate Smith Rowe and Saka establishing themselves as key players at the Emirates.

Nicolas Pepe - 4 - Tried to make things happen, but his decision making in the final third let him down. With Saka and Smith Rowe making their mark and becoming key players, the club-record signing must step up his performances.

Willian - 0 - Just as Arsenal manage to offload an ageing, disinterested, big-earner in Mesut Ozil, they will be dismayed to find they have already been lumbered with another one in the form of Willian. The Brazilian the hopeless in every conceivable way before being taken off.

Reiss Nelson - 3 - Given the opportunity to impress after Martinelli's injury in the warm-up and failed to take it. The youngster has been missing through injury and looked rusty, with his touch and decision making often letting him down before being replaced by Smith Rowe.

Pierre-Emerick Aubameyang - 7 - Tried to stretch the Newcastle defence on very little service, and got the goal his confidence desperately needed in extra-time with a neat finish.

Emile Smith Rowe - 8 - The youngster came on and saved the day for Arsenal. His energy, drive and quality in the final third swung the game in the Gunners' favour, and he took his goal brilliantly.

Granit Xhaka - 7 - Made an impact off the bench as he looked to get Arsenal moving forward.

Bukayo Saka - 7 - Added much-needed energy and urgency off the bench.

Alexandre Lacazette - 7.5 - The Frenchman gave Arsenal a target to play off in extra-time and his introduction was key to winning the cup tie.