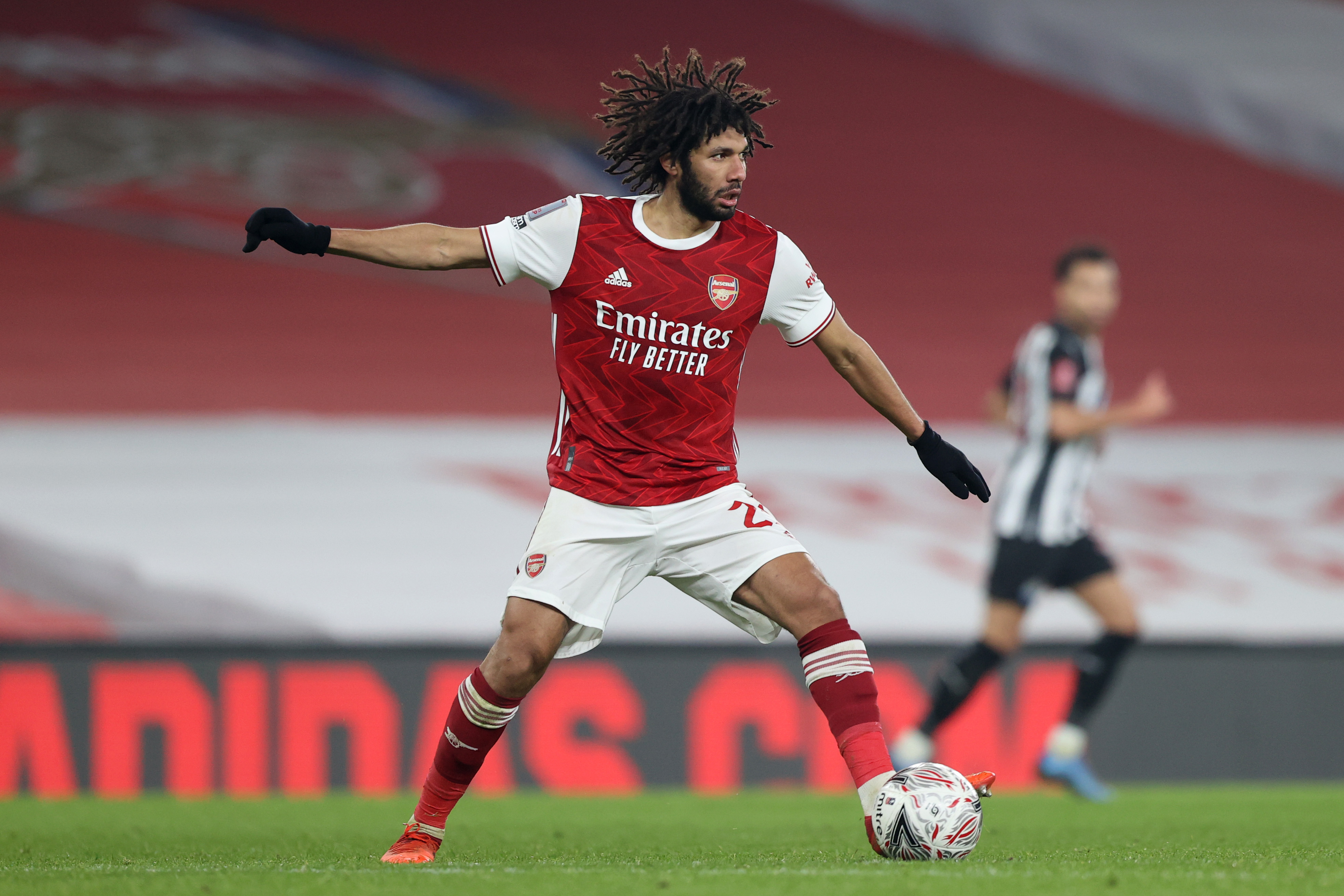 Mikel Arteta’s Arsenal have seen a change in fortunes - along with two players whose recent form has been impressive.

While the headlines and highlight reels will deservedly showcase Bukayo Saka, Kieran Tierney and Emile Smith Rowe - Pablo Mari and Mohammed Elneny are fast becoming heroes in their own right.

It’s fair to say Gunners boss Arteta has deserved a spot of good luck after a dismal pre-Christmas run, not least when Saka’s cross found the net to seal a satisfying 3-1 victory over Chelsea on Boxing Day – but Elneny and Mari have been making their own luck with their outstanding form following their return to the first team.

The form of the pair has bolstered Arsenal, who were languishing in 15th place in the middle of December, before Arteta’s side sealed four wins on the bounce.

Here are four reasons why the unsung duo have helped boost the Gunners.

Mari had a huge chance post lockdown last season to state a claim on the Arsenal defence. Starting in the line-up for the first game back against Manchester City, the Spaniard was hoping to justify why Arsenal brought him to the club.

Yet, the reality turned out to be a nightmare for Mari. Not for the performance per se, more for the fact the 27-year-old limped off after 20 minutes with an injury with the game finely balanced at 0-0.

The ankle injury meant he was out of the remainder of the 2019-20 season, meaning he would have to wait for his next prolonged run in the side.

Fast forward to this season: He has had eight run-outs, including six for the first team. Mari has played minutes in the Europa League, but his involvement in the Premier League is what has caught the eye, helping to lift the pressure on Arteta.

This shows his consistency and stamina levels to play that many games for two different clubs in one season.

You could say Mari’s ‘trial run’ to prove his ability to play week in week out were the games against Chelsea, Brighton and West Brom. He ended 2020 with a 100 per cent tackle success rate in the Premier League.

The 28-year-old Elneny has been at Arsenal since 2016 after signing for £5million from Basel. Four years on, he is finally justifying his price tag – which, it has to be said, was excellent value in the transfer marketplace.

Two years later, the Egyptian was given the number four shirt. This was a big statement by the club, not least because the legendary Patrick Vieira wore that shirt with such distinction.

Many believed Elneny’s career at Arsenal was finished after he was loaned out to Besiktas for the 2019-20 season. He played 36 times for the Turkish club as they finished third.

So, his return to the Emirates was unexpected - but he been solid in the centre of midfield this season.

He played in all but one of the club’s Europa League group stage games – scoring a belter when the group stage concluded away at Dundalk, a goal that gave him, his teammates and long-suffering fans much joy during that 4-2 victory.

However, the most impressive part of Elneny’s return came in the Premier League.

It seemed like his time was done when the club signed Thomas Partey from Atletico Madrid - yet the pair have thrived, forming a strong partnership together.

Quite simply the big Egyptian has performed extremely well, showing the talent and temperament he possesses.

Mari and Elneny are never going to be household names but this season they have been the underrated heroes.

The most optimistic Gunners fan would not have expected the pair to be first names on the team sheet at the start of the season.

Arteta has more experienced names ahead of the Mari. For example Shkodran Mustafi has a World Cup winners medal but cannot prise Mari from the Gunners backline.

Elneny, for his part, was deemed not good enough, hence the loan move to Turkey - but the boss has been impressed by the number 25 this season.

Costing the club roughly around £20million, plus add ons, it is fair to say neither of these two were ‘Galactico’ signings. But they get the job done to a good standard.

The fact is Arteta picked Mari and Elneny because he can trust them. They have good levels of discipline and are reliable professionals. Perhaps it really is as simple as that.