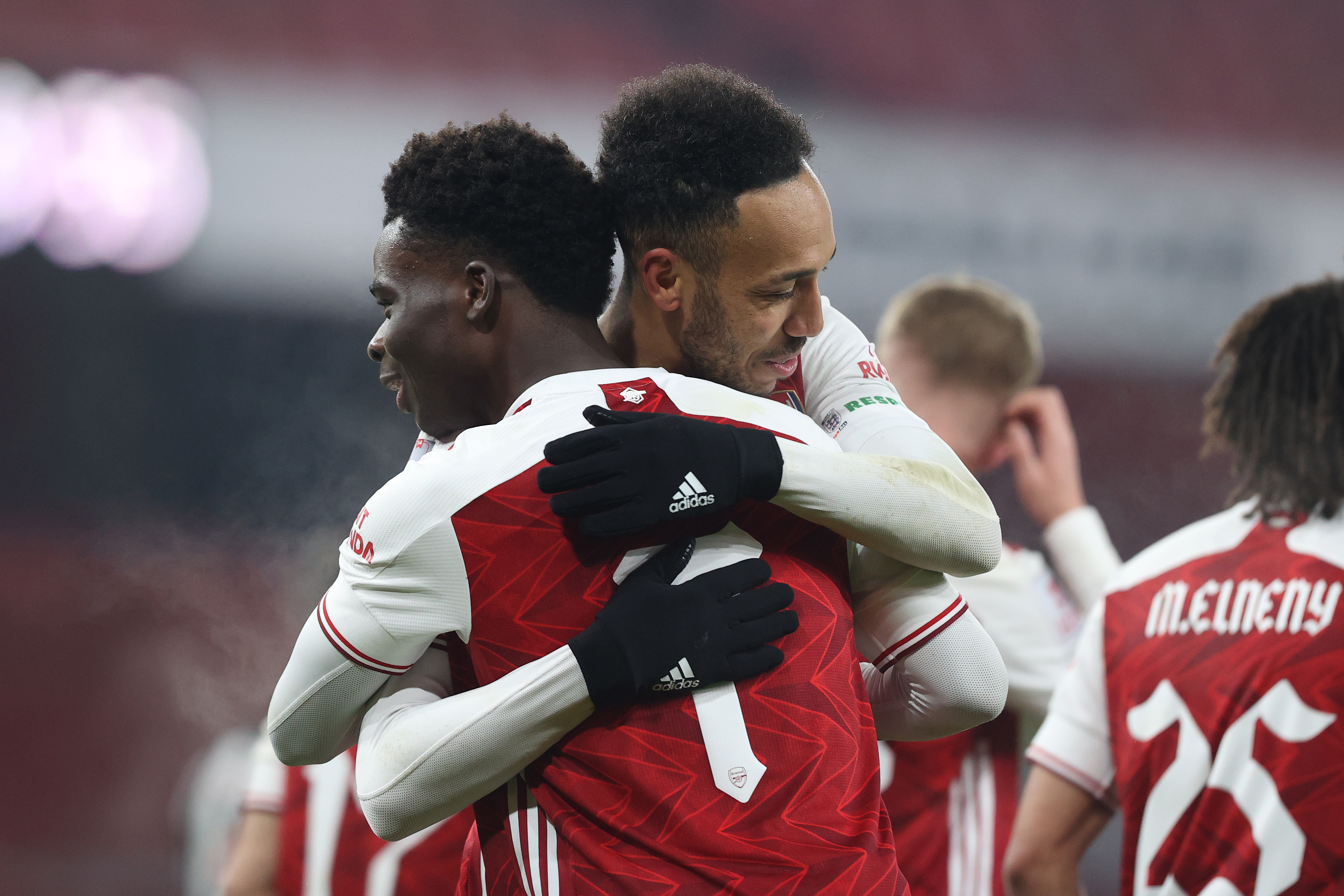 Here's Alan Alger with his regular must-read column, the Last Word, published after every Arsenal game.

Pierre-Emerick Aubameyang hits a brace, the defence haven’t conceded a goal in 495 minutes of football, youngsters are linking up and finding the net with goals similar to peak Wengerball and we’ve scooped 13 points from a possible 15 sitting second in the Premier League form table – imagine thinking any of these things were possible as the final whistle blew on our League Cup exit at home to Manchester City on December 22?

Playing every three or four days certainly has its sapping negatives when you’re a manager of a top side, but Mikel Arteta has embraced the opportunity to turn things around in a small space of time.

It’s not even a month since that City game secured an unwanted domestic form line of LDLLLDLL.

The games come thick and fast and so do the opportunities to make amends.

Good form doesn’t just breed confidence in the players it breeds confidence in a manager. That feeling empowers a manager, especially one so early into his career, just something as simple as the rest given to Hector Bellerin by bringing in Cedric last night could have been over-analysed with the boss held to account if it had gone wrong.

The Portuguese slotted into a defence that have been rock solid of late and it wasn’t noticeable – in a good way. He also contributed going forward and even managed to pay homage to Bellerin with a foul-throw for good measure.

It’s hard to actually pick out any poor performances from the starting eleven, although it has to be said that we did suffer from having at least one poor half (the first).

It’s something I challenged the team to do in a recent version of this column – play two good halves back-to-back. The only example of this in the Premier League was at West Bromwich Albion at the start of the year.

Newcastle were relatively toothless though and when we eventually kicked into gear we comfortably swept them aside. A ruthless counter-attack saw Aubameyang get into his favoured position of peeking around a defender and spinning the ball goalwards. His second (our third) was a much easier finish, making up for an uncharacteristic miss in the first 45.

The link-up for Smith Rowe and Saka for our second goal was the kind of thing that evokes memories of home-grown talent emerging in the 1980s.

Thomas Partey got just over an hour of football under his belt and just looked like he had played for us far longer than the three months since his debut at Manchester City in October.

While he kept it simple it also enabled those around him to take their play to another level. Granit Xhaka seemed to relish his presence. Rob Holding and David Luiz were assured at the back and didn’t make any stupid errors. Overall, while faulting the slow start, you cannot question a thoroughly deserved result.

Well last night saw the completion of one half of our Premier League fixtures for 2020-21.

27 points from 19 games simply isn’t enough for a club of our ambition, resources and size. If you do the basic equation and double it you’d find our worst total since the fractured 1994-95 campaign of Graham’s departure and caretaker managers.

We have to hope that the first half of this season included all of the bad luck and bad form that we will now manage to keep to a minimum.

While the minor relegation worries of December have clearly abated, looking upwards we need to be realistic about where this season could end up.

While occasionally over the last decade a mid-sixties points haul has been enough to claim a Champions League place, it’s more likely to land around the low seventies. The race to claim a top four spot has been muddied by a competitive title race. It looks very tough.

Not even the teams at the top of the current table have achieved anything like that so far. So let’s not get carried away with expectations, let’s enjoy what we’re seeing at the moment and hope that we can forge a squad capable of challenging next season.

A top half finish and continued runs in the FA Cup and Europa League should whet the appetite for what’s to come in the future.

At the time of writing it’s not clear who our next opponents will be, it’s around 85 per cent likely that we will be playing a double-header against Southampton as we follow up the FA Cup clash with a league game at St Mary’s.

The unlikely scenario of a game against Shrewsbury will no doubt make it much easier for Arteta to shuffle his squad, but you’d feel he’ll still have to do some kind of refresh even if we do face the Saints.

I’d like to see Pepe given a full 90 minutes in the FA Cup, possibly with Willian on the opposite flank with Martinelli through the middle. Creativity will be a problem, but it’s a good chance for Joe Willock to prove that he can now come in as back up to Smith Rowe when our new first choice ‘number 10’ needs a rest or drops out of form.

The best squads have two good options in each position. Ideally with a sprinkling of youth.

In a positive sense it’s not entirely unthinkable that Arteta won’t have exactly that kind of squad available to him when we start 2021-22.

We can live in hope!