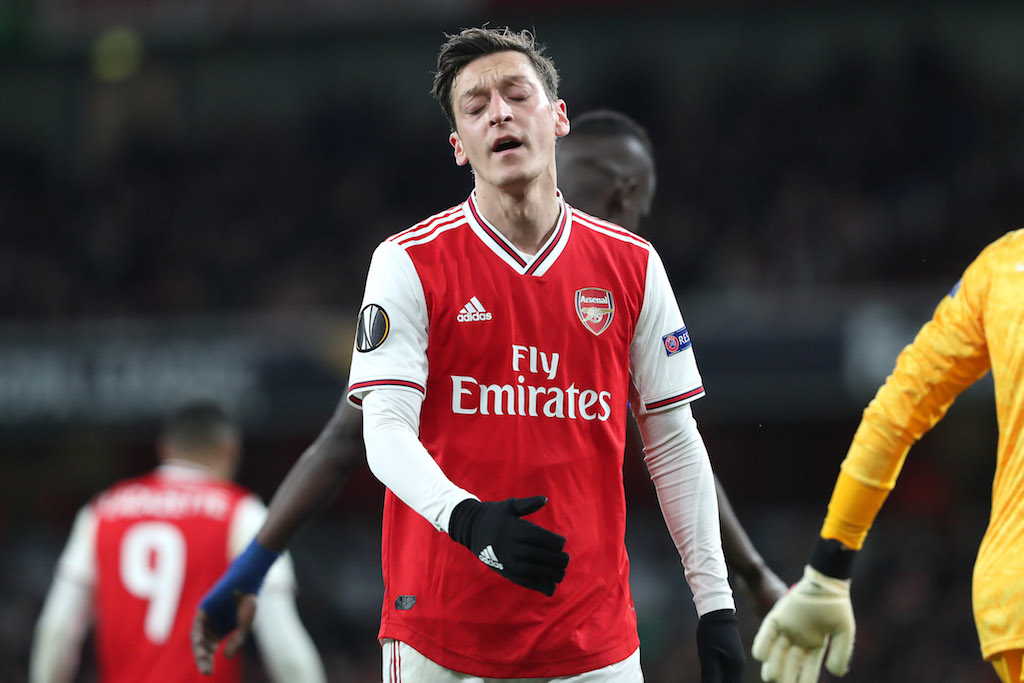 So, the saga is finally coming to end.

After months of being left out of the team for 'footballing reasons' and consistently being linked away from the club, Mesut Özil is set to leave Arsenal Football Club once he finishes his period of quarantine in Istanbul.

In many ways the events which finally led to this transfer taking place were a complete parallel to that summer of 2013, when the former German International made the switch from the Bernabeu to the Emirates Stadium.

When that famous Sky Sports broadcast went out, the optimism from the fans and the praise to those at the top for finally breaking the bank to sign a world class player were through the roof.

Fast forward eight years later and many will say the way in which the board handled this entire saga has been appalling, meaning the player has left on terms in not quite the same fashion as when he joined.

Regardless, there is no denying Özil had many standout moments to mention them all.

However, just how much of a legacy does he leave behind, as his move to Turkish side Fenerbahce edges ever nearer?

Although he wasn’t the sole, or even the main reason, behind Arsenal’s FA Cup triumph in 2014, in Özil’s first season, there is no denying that he certainly played his part and it was no coincidence Arsenal finally broke their nine-year trophy drought.

In all he leaves Arsenal after playing in three FA Cup winning sides and four Community Shields.

It may not be the Premier League and possibly even Champions League titles which fans dreamed of when he signed on the dotted line, but the silverware is still a show of what he provided the Gunners - and what is still lacking.

The World Cup winning No10 has some superb stats to his name, even just looking at what he achieved in N5 alone.

In 254 appearances he scored 44 goals, assisted 77 goals, with the 2015-2016 being by far his best as the top assist maker in the league, being one off the overall record.

Assists of course don’t tell the whole story, especially as it relies on a top striker to put these chances away, but chances created certainly do with Özil creating a staggering 737 during his spell in red and white.

These numbers speak volumes in underlining the calibre of player which Arsenal fans were witnessing week in week out and yet many in English football still thought he should be doing more.

If numbers aren’t your cup of tea, then you just have to look back at some of his stand out moments.

From *THAT* goal vs Ludogorets, combining with Alexis Sanchez to destroy Chelsea and Manchester United, pulling the strings in the win over Bayern Munich, making fans dream of the title with *THAT* assist vs Leicester in 2016 and so, so much more that are just too many to fit into one piece.

Even away from the pitch he admired by the younger members of the squad and was equally as loved by his fellow first team players.

As well as this, he wanted assurances before taking a pay cut, that the money would be used to save the jobs of staff within the club.

He showed great support Worldwide in charitable actions, as well as in the local London community, including providing over 1000 free school meals.

Both on and off the pitch, Özil will be hailed for some real stand out moments at Arsenal and his contribution to the club was clear for all to see.

February 1, 2018 saw Özil sign a new bumper contract, worth around £350,000 a week, to ensure his services at the Emirates while finally putting the likes of Barcelona and Manchester United off the scent.

At the time the news was met like the Gunners had signed a new player, with months of waiting and speculation now put to bed, especially after seeing Alexis leave in the month before.

Although joyous at the time, there would be a number of those praising his name, who wished that contract was never sanctioned, more so that much in terms of a salary.

It is true in some terms that after that contract Özil didn’t quite look himself with questions over attitude and work ethic the main concern. Many fans weren’t overly impressed when they would see the injury list to find Özil was out with another back injury.

Whether it was the manager or the player himself, it seemed strange at times when this injury would often occur around the time of big away games or top six matchups, which would push fans to question his commitment to the big occasion, when he was meant to be the star man.

Another criticism which was often directed at him was laziness.

Despite stats showing that he actually covered more ground in games than people claimed, still he was questioned over his attitude and whether he would actually work hard enough in games.

Mikel Arteta was not fully convinced he was up for the cause, which eventually saw his complete removal from the squad.

Since the moment he first joined the club, the fanbase have very much been split over Özil, but I think all can agree he deserved a much better send off than what was received.

He joined the club with the weight of expectation on his shoulders and delivered on many occasions. While others choose to leave, both before and during his time, he remained loyal even during the difficult moments, with a genuine attachment to the football club, saying on joining “I would have come here for free, that wouldn’t have been a problem.”