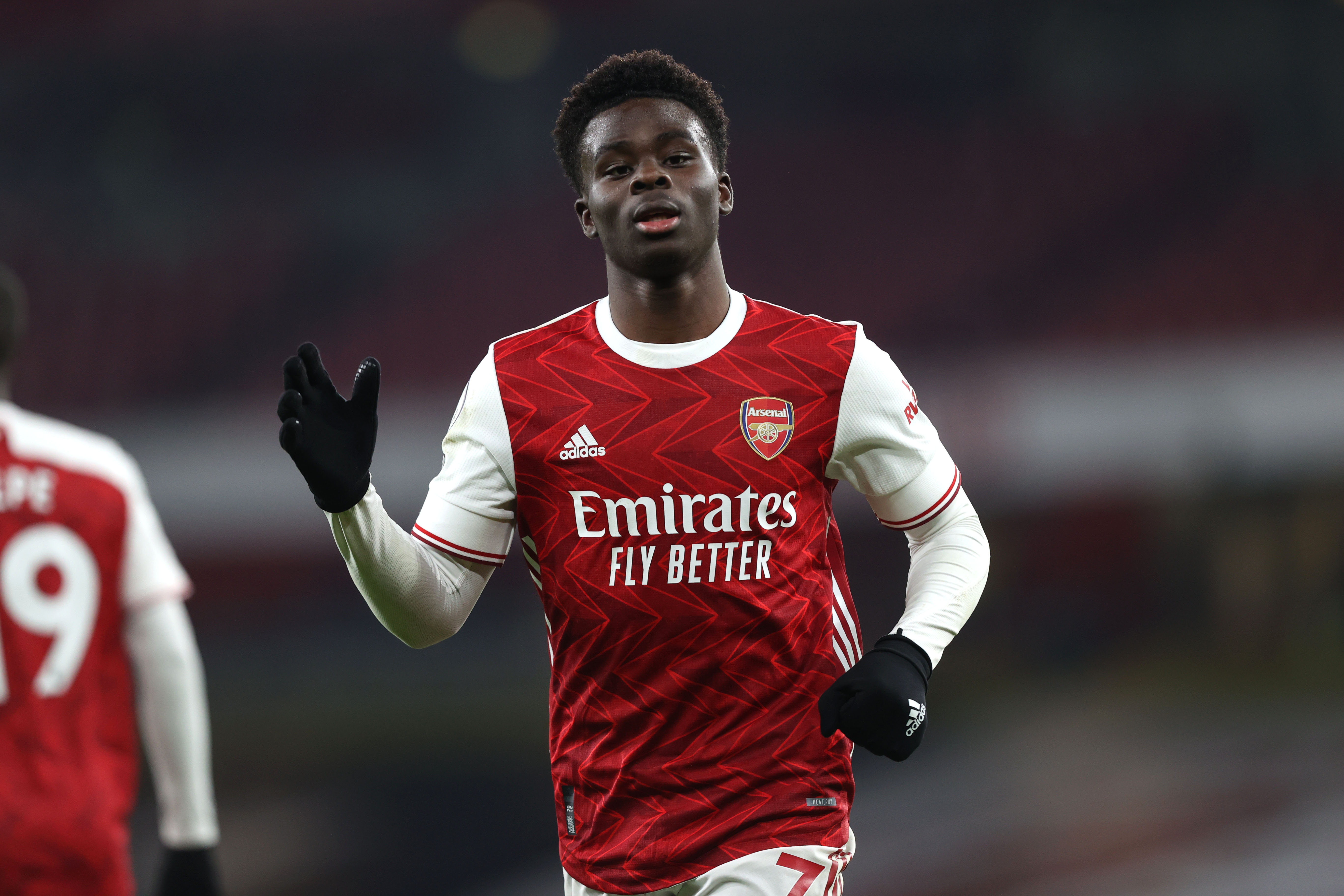 Bukayo Saka shone for Arsenal against the Saints. CREDIT: OFFSIDE

Goals from Pepe, Bukayo Saka and Alex Lacazette sealed victory which saw Mikel Arteta's side move up to eighth place in the Premier League.

Bernd Leno - 7 - Could do little about the goal and did his job well when called into action.

Hector Bellerin - 7 - Provided an outline down the right and defended well in a decent performance for Arsenal's new longest-serving player.

Rob Holding - 7.5 - The defender continues to show just why he deserved his new long-term contract with yet another fine display. Although he was poor in possession on occasion, his defending was fantastic.

David Luiz - 4 - Poor on the ball and shaky when under pressure, it was typical David Luiz. Thankfully for him, those around him let him off the hook time and time again.

Cedric Soares - 8.5 - The Portuguese has improved in leaps and bounds of late. In the absence of Kieran Tierney, Cedric took up his mantle as he drove the Gunners forward down the left, while his crossfield pass for Arsenal's third was a delight. Continue to play the way he has been in recent weeks and he could become more than just a squad player at the Emirates.

Thomas Partey - 7.5 - Played with his usual calm and composure at the base of midfield. Although he was overrun by Southampton's marauding press at times, his use of the ball was excellent and physical presence were impressive.

Granit Xhaka - 8.5 - Ran the show for Arsenal in a fine display. It seems the Swiss midfielder is finally starting to mature and have the impact many hoped he would, with his intelligent use of the ball now being matched by some sound defensive work - the part of his game that has often let him down.

Bukayo Saka - 9 - I've said it before and I'll say it again, Bukayo Saka is a star in the making. The youngster took his goal brilliantly and laid on a wonderful assist for Alexandre Lacazette to secure victory in what was another display of the highest quality. He simply has it all, and there is even more to come.

Emile Smith Rowe - 7 - A typically lively and hard-working display from the youngster, but there will be big concerns over his fitness after he went off injured in the second half.

Nicolas Pepe - 7.5 - A much-improved performance for the Ivorian. He took his goal superbly and caused problems throughout with his quick feet and direct running. Pepe must now continue to show what he can do on a more consistent basis.

Alexandre Lacazette - 8.5 - The Frenchman's fine form continues with a goal and an assist. For all his end product of late, Lacazette has also maintained his high work rate and vital link-up play that gets Arsenal ticking in attack. For all the praise that the youngsters have deservedly received, he is one of the senior players to really step up.

Willian - 6 - Worked hard after coming on to replace Smith Rowe.

Joe Willock - N/A - Came on too late to make an impact.