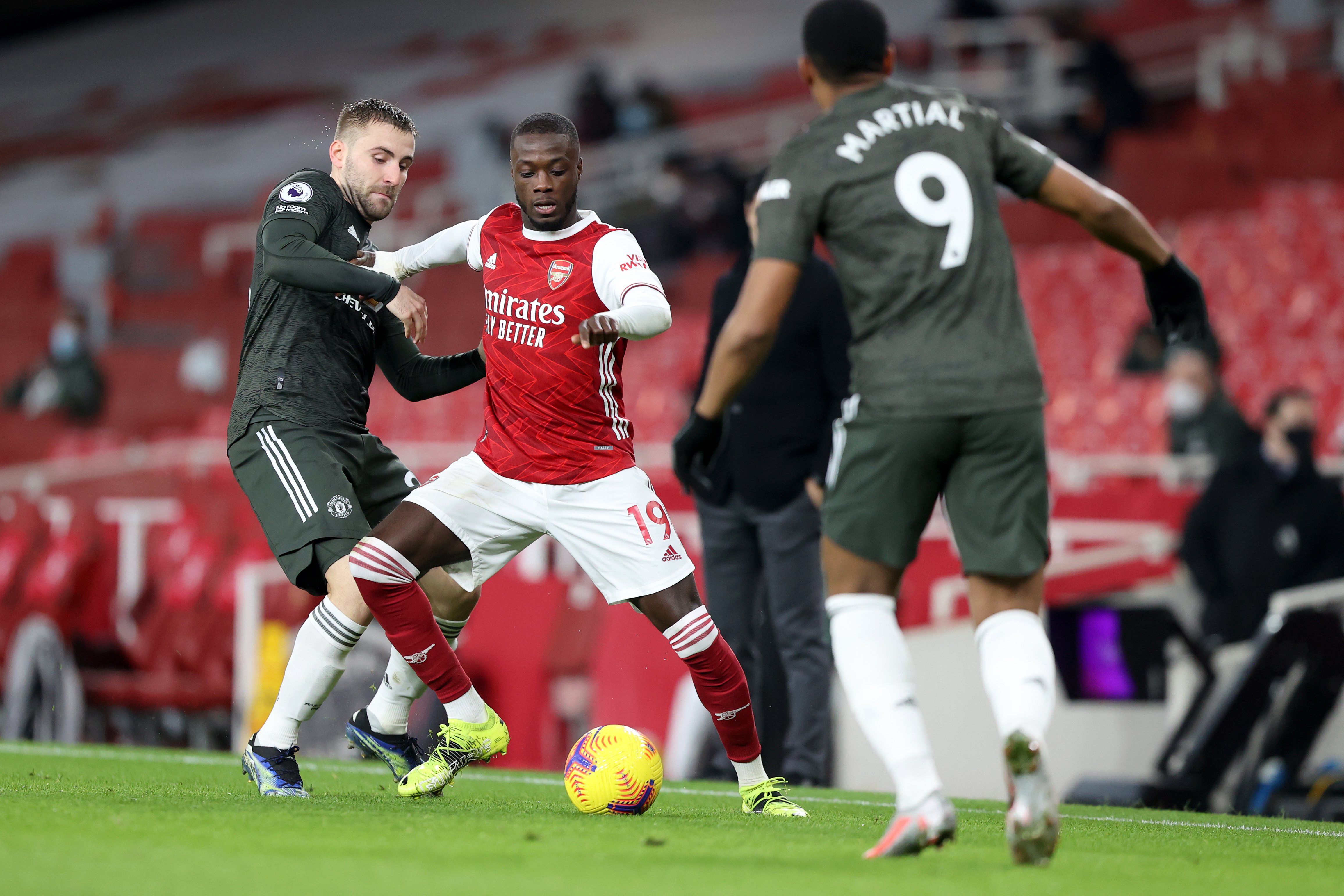 Bernd Leno - 8 - Yet another superb performance from the German who made a string of important saves. His stop from Fred in the first-half will go down as one of the best of the season.

Rob Holding - 7.5 - A solid performance from the defender, who continues to become a reliable member of Mikel Arteta's backline.

Cedric Soares - 6 - A decent enough performance from the Portuguese defender, but he struggled against the pace of Rashford at times.

Thomas Partey - 7 - Orchestrated everything Arsenal did well with his composed play and fine passing, but his influenced faded as he began to tire.

Granit Xhaka - 7 - Kept Arsenal ticking over with a composed display at the base of midfield.

Nicolas Pepe - 7 - The Ivorian caused problems throughout and seems to have got his confidence back, but his end product still needs plenty of work.

Emile Smith Rowe - 7 - An energetic performance and the youngster was a focal point of most of Arsenal's good work in the final third. Smith Rowe did appear to tire as the game went on, and he looks like he could do with a rest.

Gabriel Martinelli - 6 - Tried to get Arsenal going forward with his determined running, and despite the contrasting opinion of Ole Gunnar Solskjaer, he did his defensive work very well. Gooners will be hoping he is not injured yet again after going off at the break.

Alexandre Lacazette - 6.5 - Worked his socks in typical fashion and came closest to scoring when his superb free-kick came back off the crossbar. Arsenal will be hoping the Frenchman is okay after a nasty fall late in the game.

Willian - 6 - Probably his best performance since his debut against Fulham, but it still wasn't much to write home about.
Martin Odegaard - N/A - Made his debut, but came on too late to make an impact.