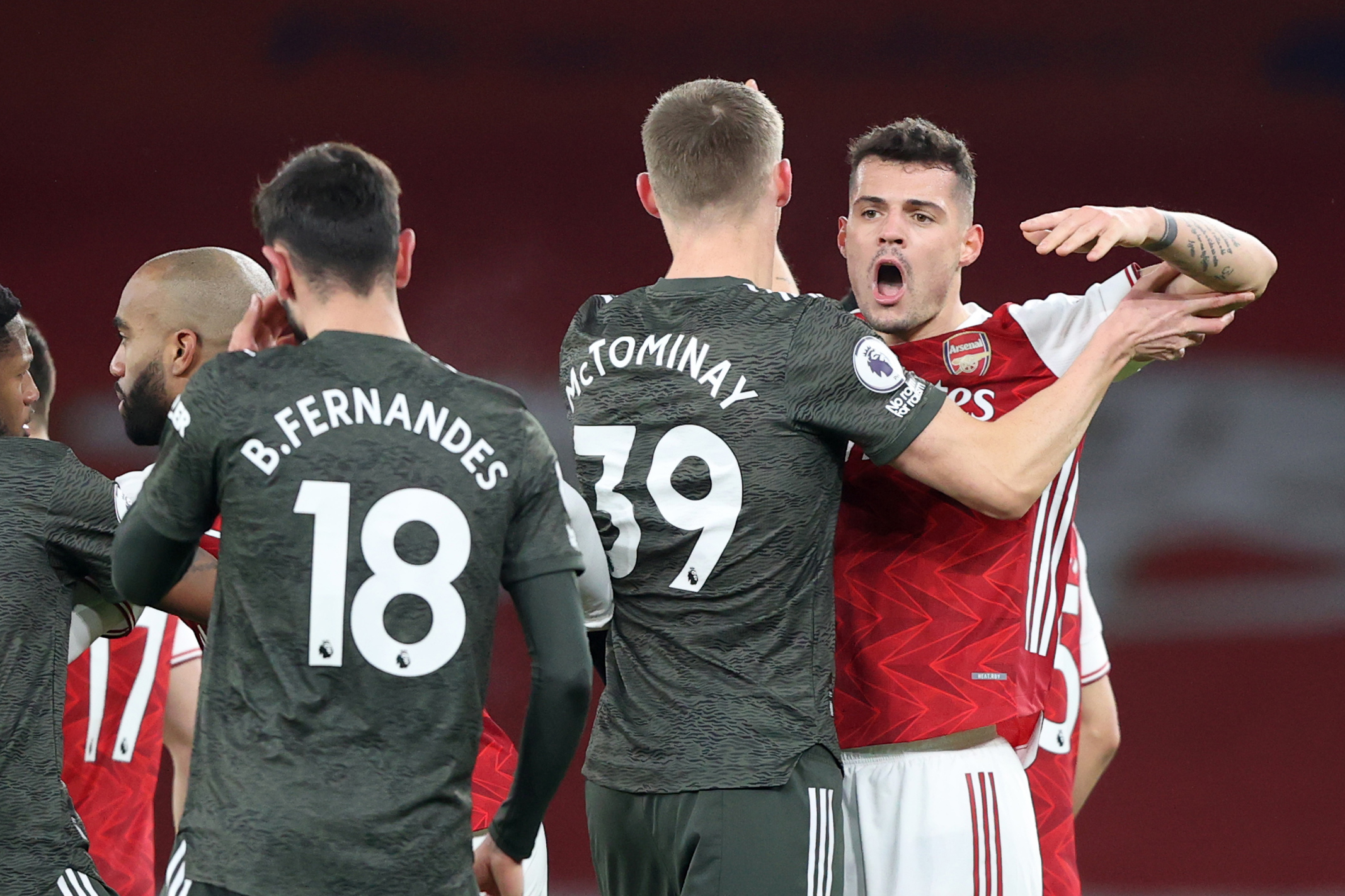 Granit Xhaka is in the best form of his Arsenal career. CREDIT: OFFSIDE

Ever since Mikel Arteta took over as Arsenal boss, Xhaka has been ever-present in the starting XI - playing more minutes than anyone else since the Spaniard's appointment last December. However, he hasn't always maintained a high level of performance.

That seems to have changed since the Boxing Day win over Chelsea where the Gunners ended a seven-game winless run in the Premier League. Since then, the Swiss international has arguably been in some of the best form of his Arsenal career since joining from Borussia Monchengladbach in 2016.

In the eight games that have followed, Xhaka has been a stand-out performer, even in the drab 0-0 draw against Crystal Palace. Whilst almost every other player struggled, he was one of the reasons Arsenal escaped with a draw, shielding the back four brilliantly. He made the most tackles, ball recoveries and clearances, and his challenge to deny Wilfried Zaha a certain goal wasn't talked about enough.

As well as improving the defensive side of his game, his offensive qualities have come to the fore in recent outings too. Against Chelsea, he played a delightful pass to Kieran Tierney in the build-up to the penalty, and that pass out to the left seems to have become a constant - with the two aces building up quite the partnership.

However, he's not without help, with the return of Thomas Partey providing Xhaka with more midfield support and allowing him to play in a more attacking role - seeing him play the second-most passes into the final third of any Arsenal player against Palace.

In the past, the fanbase have been extremely quick to lambaste the 28-year-old - and rightly so with some of his antics - but, it seems somewhat unfair that his recent run of form has gone under the radar as he enjoys his best spell in an Arsenal shirt. Long may it continue.