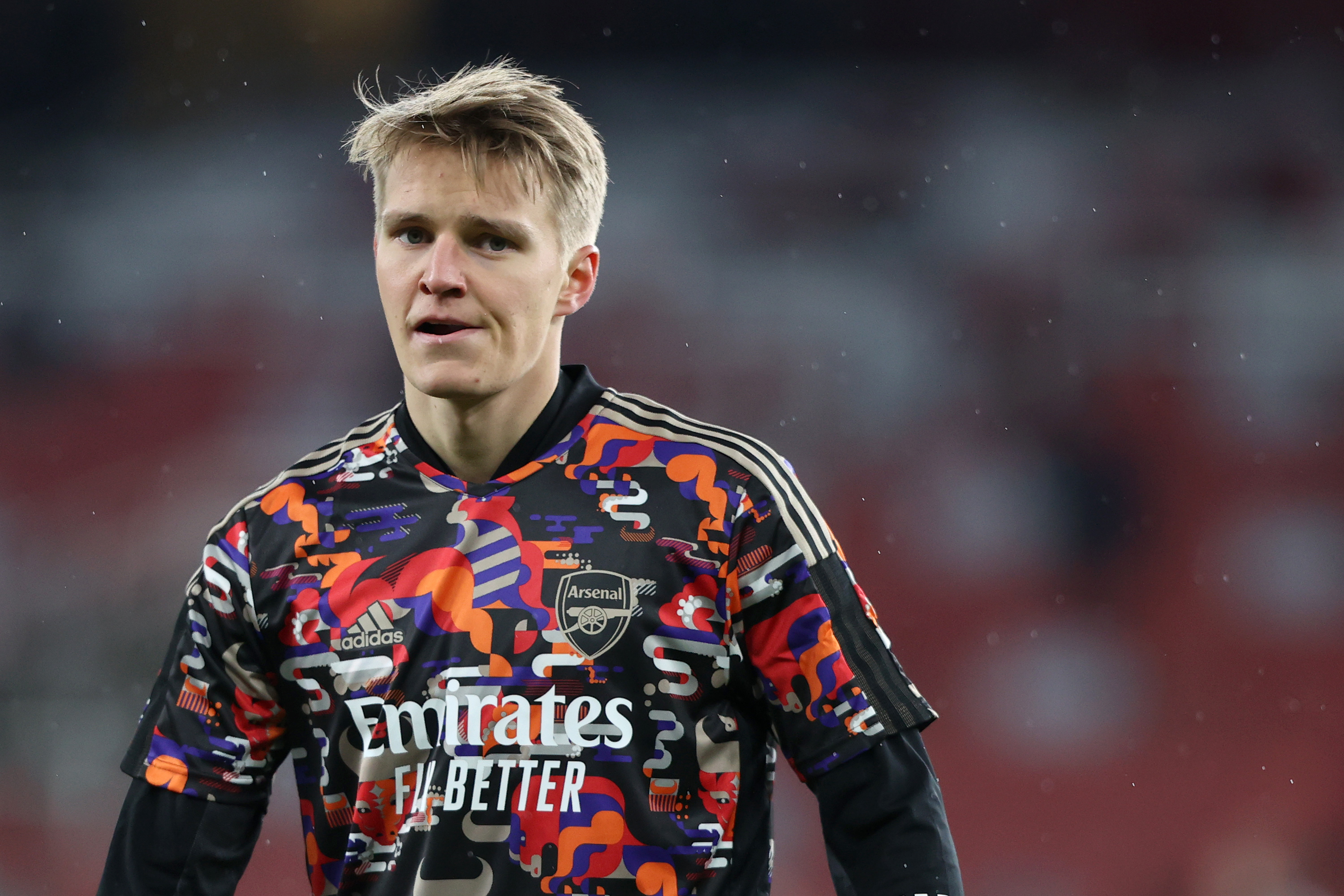 Martin Odegaard arrived on loan at Arsenal from Real Madrid

The pandemic has certainly had its impact on teams transfer business, Arsenal included.

The once crazy and fast paced transfer deadline day of years gone past wasn’t quite matched with standout
signings on Monday.

Instead, many sides spent little, including throughout the window as even the big clubs felt the effects.

For Arsenal that meant signing only three football players, two of which were on loan, though there was a significant number of players going the other way.

Here, we have gone through both the incomings and outcomings, giving them a score out of 10 based on the benefit is to the club of that individual player joining or leaving N5.

Signed from Real Madrid, with his best football coming on previous loan spells, Ødegaard will offer Arsenal the creative flair which was missing badly at the start of the season, while offering Smith-Rowe the cover ahead of the busy end to the season. An all-round midfield player who will most likely play higher up the pitch but still offer defensive contributions, the only negative being that for the time being it is only a loan.

Signed from Hertha Berlin, he is a ball playing centre back with the ability to play on either side.

Though for the time being he will most likely play for the U23’s, he may turn out to be a solid purchase for the future having received plaudits as well as playing at Manchester City and will help to boost numbers in the youth setup.

With the departure of Emi Martinez in the summer and Matt Macey in this window, as well Alex Runnarson lacking the experience, seen in the League Cup defeat to City, the need for a goalkeeper was most defiantly there. Mat Ryan’s signing was one that shocked many, with very little reported on it, until it was announced. Ryan hasn’t been at his best in months gone past, losing his place as number one for Brighton, but his experience and the fact that he will just be Bernd Leno’s backup, he offers Arsenal exactly what they need until the summer.

Many will argue that his talent was desperately missed in so many games where he was left out of the squad, but it can be very hard not to admit that the writing on the wall has been there for some time for Özil’s Arsenal career.

It has been clear the board have wanted him out for some time and his presence may have been causing some disarray among the squad.

This as well as the huge cut in the wage bill point towards why this is such a positive outgoing for the club and one which probably suits both parties.

A versatile player who can play as a winger, full back, midfielder and wing back, he has somehow struggled to do enough to convince Mikel Arteta to give Ainsley Maitland-Niles a regular chance in the team.

This loan not only give him regular playing time, but also the chance to prove he is good enough. Though this versatility may be missed with potential injuries, it was always going to happen, especially as Maitland-Niles looks to book a place in the England team ahead of the Euro’s.

Joe Willock has been given some decent minutes by Arteta this season and has shown a lot of promise, but there has always been something lacking from the young midfielder.

There is a most certainly a player in there and being given game time on a regular basis may just help to unlock it,
under the guidance of Steve Bruce at Newcastle.

Despite being signed for £35m back in 2016, many Arsenal fans will be relieved that Shkodran Mustafi has finally left.

Though he had some good moments in red and white, including scoring against Spurs, as well as being a favourite in the dressing room, Mustafi will be remembered for his many mistakes and hapless defending with his departure some may feel being long overdue.

Signed in the summer of 2019 and yet to make an appearance for the club, William Saliba finds himself back on loan again.

He has already shown great quality in his short time in Nice and more questions will be asked as to how he hasn’t at least been given the chance in Arsenal’s Europa
League campaign.

The only explanation may be that Arteta wants him to be a regular, ahead of the summer, when Arsenal’s defender numbers may be less congested than it currently is and may give him a chance for more minutes in North London.

Though only classed as a loan for the moment, a permanent deal is the likely conclusion by the summer in another effort by the Arsenal board to cut down wages.

Sead Kolasinac’s career hasn’t really kicked-on in England and he returns to Germany where he played his best football.

The only problem with his departure in this moment in time is a back up left back wasn’t signed in an area which is slightly lacking numbers.

Sokratis being left out of the squad meant this move was inevitable, but his passion, leadership and superb tackling will most defiantly be missed.

He however never really found the consistency Arteta
was looking for and his departure allows for younger and potentially more talented individuals to fill in.

Matt Macey never really got a chance to prove himself, despite impressing on his few first team appearances.

This move was very much expected, as a keeper of his age was unlikely to continue another few month playing as a number three.

A talented and sensible midfielder, with a keen eye for a pass, Matt Smith at 20 years old has shown already what Arsenal fans can hopefully one day expect to see from him, when he finally gets his chance in the first team.

At Swindon he was very much rated and at Charlton he will be given another chance to impress Arteta.

At 6ft 5 in, Zech Medley is most certainly a presence at the back. Playing as a centre back at trade, though capable of playing along the backline, he has shown great quality and certainly fits into the mould of defender which Arteta is looking for as a ball player who will drive up the pitch.

Overall, this transfer window has been a positive one for the Gunners. The main aims of those at the top was to have a clear out, especially of the unused high earners, and that has certainly been achieved, as part of the ongoing process to rebuild the team both in terms of quality and mentality.

The only negative really was not being able to find cover at left back for Kieran Tierney, though Cedric Soares has been doing a decent job as of late, to fill in This summer then, will be about targeting players to boost the numbers in positions where Arsenal may be lacking, hopefully backed by an increased budget, if somehow, they can creep into the Champions League for next season.