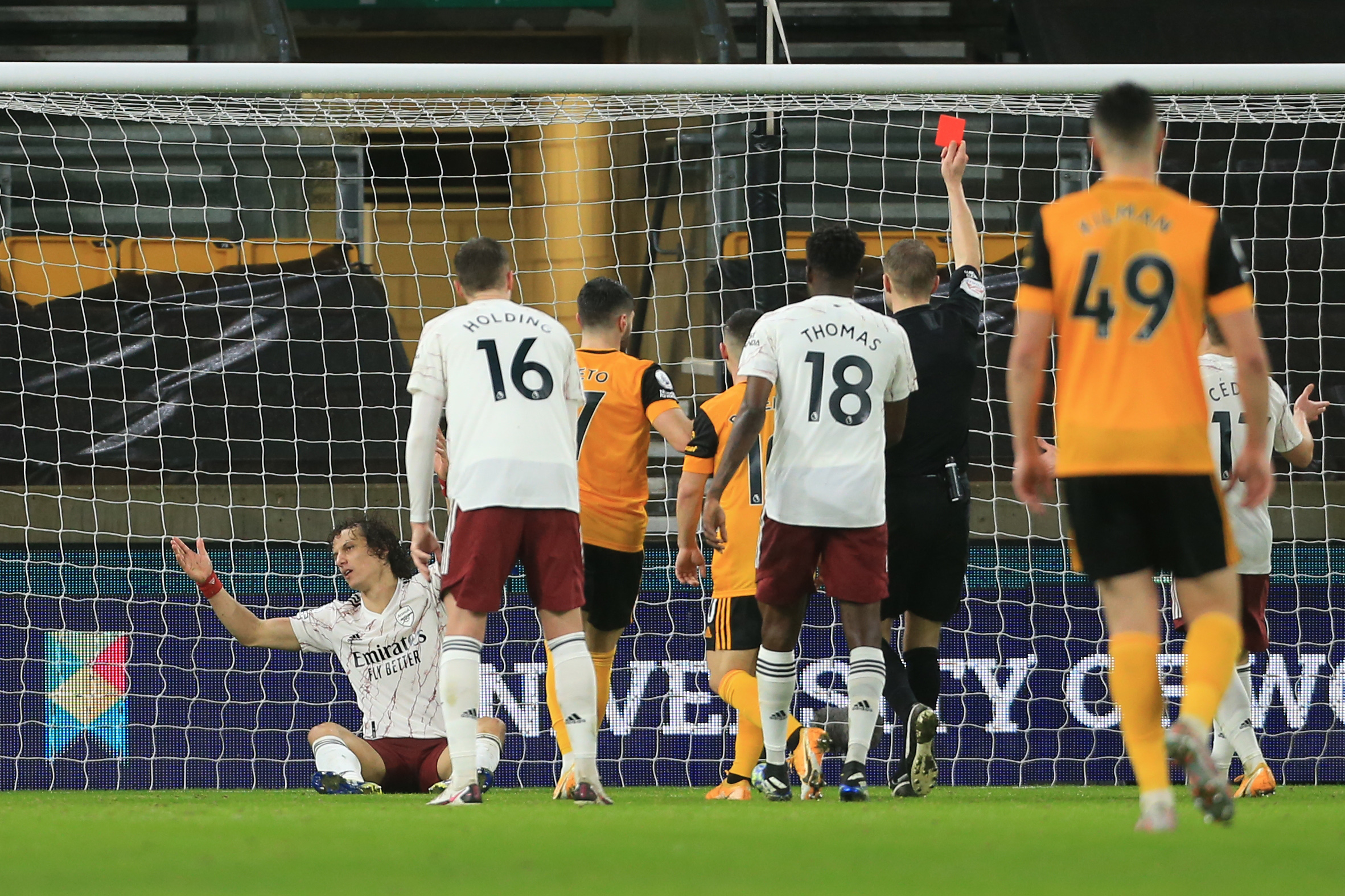 David Luiz is sent off at Wolves

Arsenal's appeal over David Luiz's red card against Wolves has been dismissed by the FA.

Arsenal boss Mikel Arteta had been hopeful of overturning the Brazilian defender's 'unfair' red card during 2-1 defeat to Wolves on Tuesday.

However, despite overturning Jan Bednarek's sending off against Manchester United following Southampton's appeal the English game's governing body opted not to change thier minds.

An Arsenal statement said: "The Football Association have confirmed to us that the red card given to David Luiz on Tuesday against Wolverhampton Wanderers will stand.

"We have worked really hard to overturn David Luiz's red card. We presented our case to the FA but are disappointed that our appeal has been unsuccessful.

"We accept the FA's decision and continue our preparations for Saturday's match against Aston Villa."