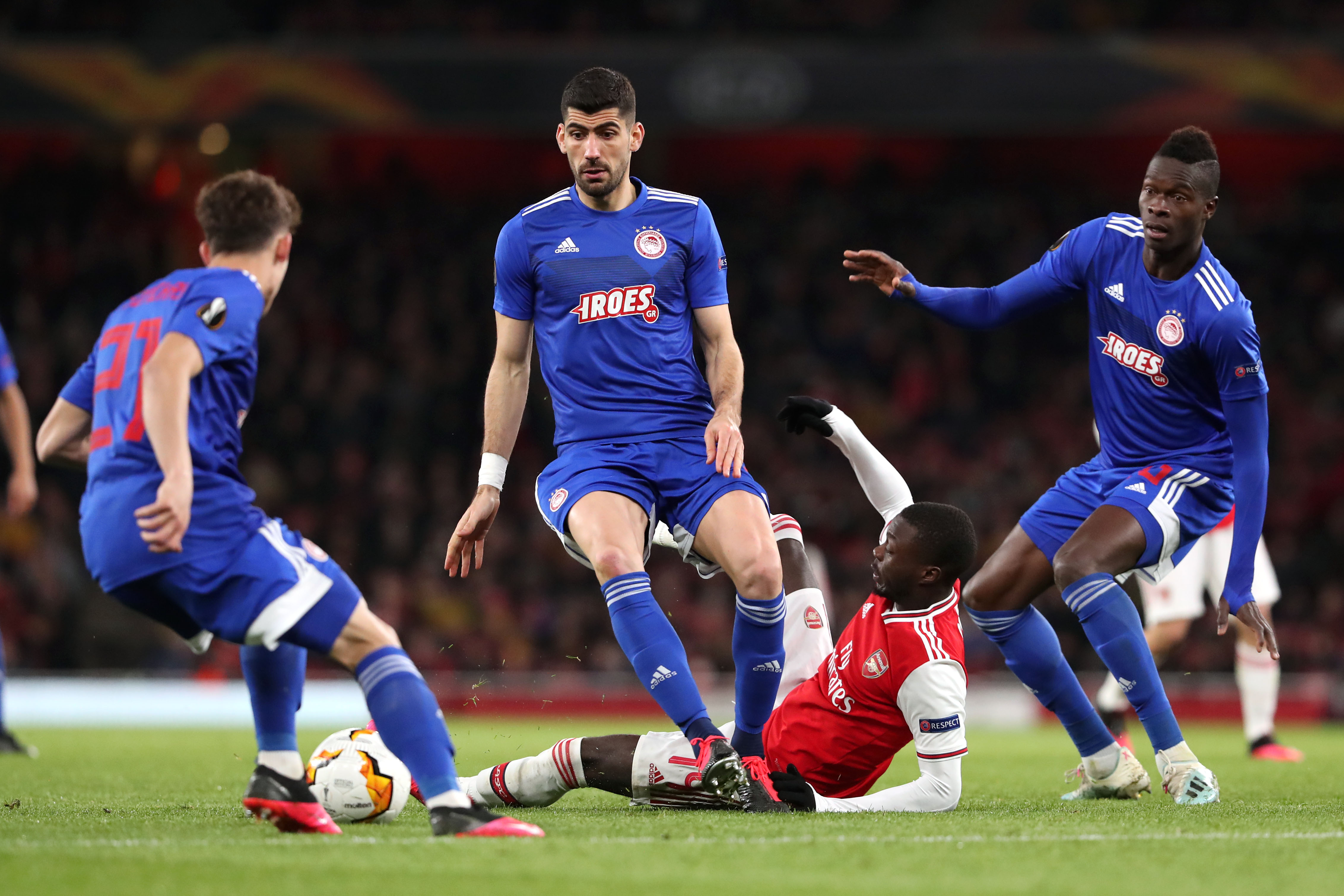 Arsenal will be keen to banish the demons of their defeat to Olympiacos last season. CREDIT: OFFSIDE

Arsenal will be looking to banish the demons of last season's competition when Olympiacos stunned the Gunners with a Youssef El Arabi strike in the final seconds of extra-time sending them through on away goals.

It was another late goal on Thursday that got the Greek side through to this stage.

Despite beating PSV 4-2 in the first leg of their last-32 tie, they were on the brink of going out with the Dutch side 2-0 up in the second leg and heading through on away goals. But, Ahmed Hassan bundled home a late goal to secure the Greek side's place in the next round.

As well as going strong in Europe, Olympiacos have been flying in the Greek Super League.

Pedro Martins' men sit 12 points clear of PAOK at the top of the table with 23 games played, having lost just once all season. They boast an impressive defensive record conceding just 11 times, and they are just as good going forward, averaging 2.4 goals per game.

Their potent attack has been spearheaded by El Arabi who has netted 17 goals in just 20 games, while Hassan and winger Georgios Masouras have chipped in with seven each. They have been supplied by the creative talents of Konstantinos Fortounis and Mathieu Valbuena, who have 10 and six assists respectively.

Olympiacos' success this season comes after some savvy transfer business in both the summer and January windows.

Although they have lost key players such as Konstantinos Tsimikas, Omar Elabdellaoui and Pape Abou Cisse, the Piraeus-based side have strengthened significantly.

One-time Arsenal target Yann M'Vila was brought in from St-Etienne, as were the likes of exciting Portuguese winger Bruma, Watford defender Jose Holebas and reliable French full-back Kenny Lala. Sokratis will also face his former club having arrived from Arsenal on a free in January.

The Gunners will also be wary of those who played a key role in last season's upset, with the likes of energetic midfielder Mady Camara and towering defender Ousseynou Ba impressing at the Emirates.

With a talented squad and in excellent form, Olympiacos will certainly pose a tough test for Mikel Arteta's Arsenal.