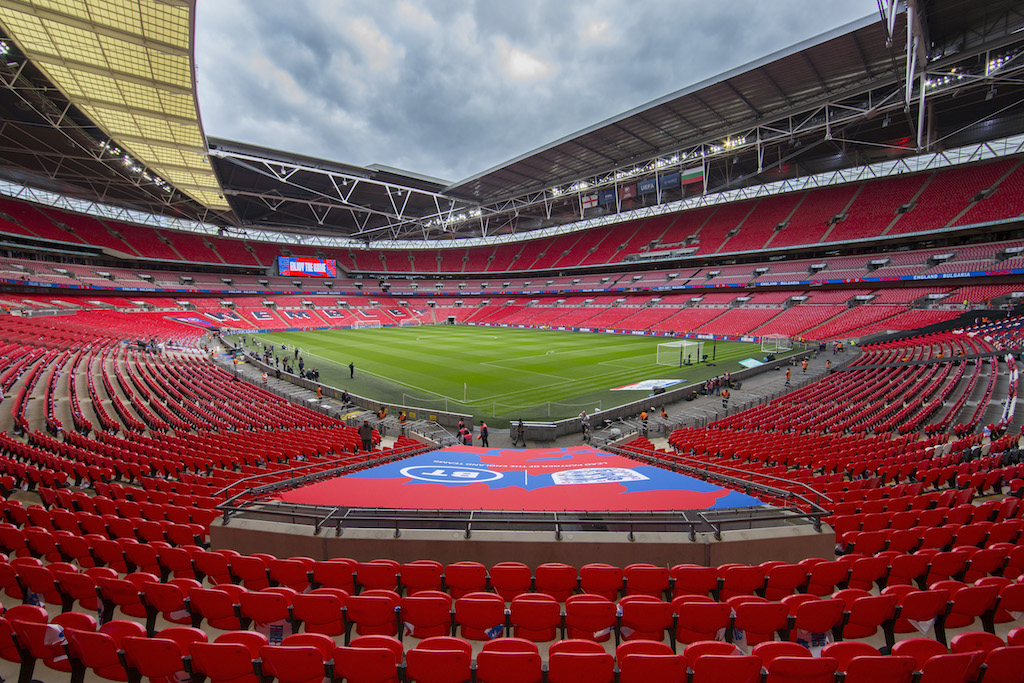 With the international break well underway and the 16th edition of the UEFA European Championships only a few months away, our attention will soon turn to our national sides in the Euros.
The sudden transformation from club to country is always interesting as a fan, so let’s take a look at some of the Arsenal players aiming to impress in the summer.

While 19-year-old Bukayo Saka's hamstring will keep him out of Gareth Southgate's Engalnd side against San Marino at Wembley, the talented teen already has four England appearances to his name, making his senior debut in October last year after representing the Three Lions all the way from U16 level.

The Arsenal starlet especially impressed in the 2-0 defeat to Belgium in Leuven, one of the only consolations for England supporters to take away from that match. Saka plays as a left-wing-back in Gareth Southgate’s 3-4-3 formation, but his obvious versatility (and general lack of left-back options in the squad) means he will be very likely to feature this summer.

Fellow Hale End graduate Emile Smith-Rowe was recently tipped by Mikel Arteta to follow Saka’s footsteps into the England squad, by using his Arsenal teammate as a role model.

At this point in time the likes of Jack Grealish, Mason Mount, James Maddison and Phil Foden mean Gareth Southgate is spoilt for choice for attacking midfielders, but the England manager labelled Smith-Rowe as a “huge breath of fresh air” in a recent interview.

The Under-17 World Cup winner is yet to make an England U21 appearance as of yet, and that remains the most likely pathway for him in this summer - Aidy Boothroyd has selected Smith-Rowe in the squad for the UEFA U21 Euros group stage.

The only other Gunner who could have a very slim chance of being selected is Rob Holding, but he will be fairly low on Southgate’s pecking order for the Euros, despite his capabilities in a back 3.

The 2018 World Cup winners were also runners up in the 2016 Euros, and Alex Lacazette was left out of Didier Deschamps’ squad for both tournaments. The striker last played for Les Bleus in November 2017, and scored a brace in a 2-2 draw against Germany. Olivier Giroud and Antonie Griezmann formed a lethal partnership in the last Euros, with the latter combining with Kylian Mbappe to score four goals each in the victorious campaign in Russia.

Goalkeeper Bernd Leno faces tough competition to start for his country in the European Championships, despite impressing manager Joachim Low for club and country.

Manuel Neuer remains No1, despite Marc-Andre Ter-Stegen now seeming to have overtaken the Bayern goalkeeper in terms of form and all-round ability. Bayern Munich’s former president Uli Hoeness threatened to pull his players out of Germany squads if Ter Stegen was picked over Neuer, and the proxy war between the goalkeepers continues to this day.

Verdict: Leno will begin the tournament as third-choice goalkeeper, but a serious breakthrough for the national team could be a couple more years away

Fourth-choice Gunners goalkeeper Dejan Iliev is yet to start for his country, a surprise package in qualifying for Euro 2020, being named on the bench 17 times.

However, Iliev was left out of Igor Angelovski’s squad for the play-off games against Kosovo and Georgia, and only played three games for Shrewsbury in a short loan spell, keeping one clean sheet.

Portugal find themselves in the ‘group of death’ with Germany, France and Hungary this summer. Former Sporting Lisbon and Southampton Right-back Cedric Soares was part of the Portuguese side who won the 2016 European Championships, and has made 33 appearances, including starting every knockout game in that tournament.

Verdict: Due to the significant rise of Joao Cancelo and former Barcelona full-back Nelson Semedo (now under fellow countryman Nuno Espirito Santo at Wolves), Soares hasn’t featured for his country since 2018, and is unlikely to make a comeback this summer.

Kieran Tierney celebrated emphatically with his Scottish team-mates after a penalty shootout victory against Serbia in the European qualifier play-off final back in December, and the Isle of Man-born Arsenal fan favourite will be nailed on to start for Steve Clarke’s side come summer, and will feature against England at Wembley, in a group that also includes the Czech Republic and Croatia. Much like Gareth Southgate, Clarke also operates with a back five, with Andrew Robertson as a left wing-back and Tierney on the left of a three, a position he played under Mikel Arteta for the majority of the 2019/20 campaign. The 23 year old won’t be bombing forward and crossing as Arsenal fans are so accustomed to, leaving that role to Liverpool’s Robertson.

Verdict: Expect Tierney to be a major force for Sctoland this summer - if he stays fit

On-loan Real Madrid midfielder Dani Ceballos made his La Roja debut in 2018, and it’s worth noting that the Spain midfield is a far cry from the days of Iniesta and Xavi. Sergio Busquets, Rodri and either Koke or Real Betis’ Sergio Canales are likely to be the midfield three, but Ceballos will definitely fancy his chances in a side that recently thrashed Germany 6-0.

Hector Bellerin grew up in Barcelona and joined Arsenal’s youth system in 2011, but only has 4 Spain caps to his name. Manager Luis Enrique recalled Bellerin to the Spain squad for games against the Netherlands and Switzerland after four years of international absence. Jesus Navas and Sergi Roberto are above the Arsenal man in the pecking order, but both have had injury hit-careers (much like Bellerin), so opportunities may arise.

Verdict: Ceballos and Bellerin could make an impression

Defensive midfielder Granit Xhaka is the only Arsenal player to captain their international side, with 15 goals from his 85 apps. He’ll have a lot of work to do to try and help his side progress from Group A, with Wales, Turkey and Italy the opponents. Surprisingly, Xhaka only has one red card for his country, and that was a 90th minute second yellow against Portugal.